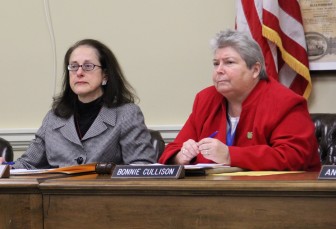 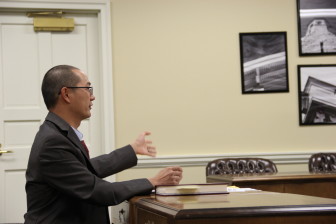 The Montgomery County House Delegation Education committee approved a proposal that could allow legal aliens and 16 and 17 year old students to vote in local school board elections.

Del. David Moon, a Takoma Park Democrat and sponsor of MC 25-16, said that with Montgomery County’s rise of legal immigrants, non-citizen parents should have the right to vote in county school board elections. The state bill would give the Montgomery County Council control over local voter qualifications, including whether legal immigrants who are not citizens and minors ages 16-17 could vote in school board elections.

The motion passed 5-1 at the delegation committee meeting Friday, with Del. C. William Frick, a Bethesda Democrat, the only one opposed.

The proposal faces some critics on a conservative website who say that non-citizens should not be permitted to vote for constitutional reasons.

At the meeting, Moon explained that current state law lets Maryland municipalities set voter qualifications. His bill asks that Montgomery County be allowed to do the same. He joked that Takoma Park “may be fun to flog” as the “liberal outlier,” but more conservative cities, like “the People’s Republic of Chevy Chase” and others, already set their own voter qualifications.

When Moon said, “I actually think this is a conservative bill that would maintain local control,” he was met with chuckles from the committee.

Del. Ana Sol-Gutiérrez, D-Montgomery, who supported the bill, said that even though one in three kindergarteners in Montgomery County is Latino, the school board currently has no Latino representative. She asked the committee to frame the argument for MC 25-16 another way: “Are we supporting a democratic process? Are we removing the barriers in place?”

Moon went on to say that there are several historical examples of local jurisdictions allowing legal aliens and minors to vote in school board elections. He brought up New York City.

“New York used to have non-citizen school board elections into the early 2000s, I believe,” he said. He added that the only reason that ended was because the school board was disbanded, not because legislation was enacted to stop legal aliens from voting.

“Look me in the eye and say that parent should have no say,” he said. In addition, he noted “The number of non-citizens voting in Takoma Park is incredibly small.”

Montgomery would be first in state with this bill

“I’m skeptical [other parts of the state not already doing this] are clamoring for this,” he said.

Kim Propeack, director of the immigration advocacy group CASA de Maryland, testified in support of Moon’s bill. She said that it aligns with CASA’s aim of “getting the infrequent vote” and also seeing more people given the right to vote.

“Where we are organizing, parents are demanding answers from school board members, but they’re not electing them,” she said.

Though the motion passed at the committee voting session, the bill has been met with controversy in the blogosphere—whether from misreadings of the bill or the U.S. Constitution itself.

Strafford writes, “Unless, Montgomery County plans on becoming a Sovereign Democratic People’s Republic of Montgomery County with its own currency, constitution, and passports, this recommendation should not be adopted.”

But the requirement that voters be U.S. citizens only applies to federal elections. Moon pointed out at the committee meeting that states may “broaden their electoral franchise for local elections, but they’re not allowed to narrow it.”

In an email to MarylandReporter.com, a member of Del. Moon’s staff wrote, “We have seen a few very hateful/bigoted emails regarding this legislation, though it seems as though the people writing them are under some misconceptions regarding this bill.”

The email added that if MC 25-16 were enacted, the Montgomery County Council would “still have to decide to use this new power and pass a bill to actually make any changes to voter qualifications.” A public hearing would take place before the County Council voted on voter eligibility for school board elections.

Board balks at $20 million cost hike for Towson University arena