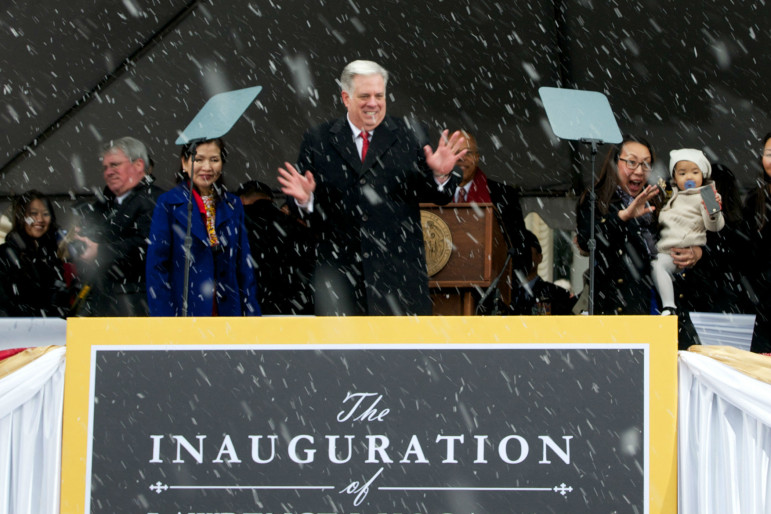 On Thursday, Gov. Larry Hogan celebrates the one-year anniversary of his inauguration. In his inaugural speech, Gov. Hogan said, “We seek the freedom to compete without the undue burden of high taxes and bureaucratic regulations, which make us less competitive.”

In that sentence, Gov. Hogan outlined the underlying philosophical belief of not only his gubernatorial campaign but his views on governance itself.

Already we have seen Gov. Hogan introduce budgets which control state spending. These budgets have gone a long way in reducing our state’s structural deficit and creating greater fiscal solvency.

Simultaneously, while funding record levels of spending on K-12 education, Gov. Hogan has also begun the process of tax and fee relief. In this year’s budget, the governor proposes to again set a record for state spending on K-12 education. This budget will also shore up our state’s Rainy Day Fund while carrying forward hundreds of millions of dollars in a cash surplus.

While meeting all of the legislature’s mandated spending, the Gov. Hogan’s budget proposal provides for nearly half a billion dollars in tax relief.

By the governor’s account, and by account of the editorial boards of the Baltimore Sun and the Washington Post, Gov. Hogan’s plans for tax relief are modest. But even these modest plans are being resisted by the Democratic leaders in the General Assembly.

Last week, Senate President Mike Miller held one of his usual daily press gaggles. In addition to demonizing myself and my Red Maryland colleagues, the Senate President made some candid remarks which reveal not only his philosophy of government but that of leading Maryland Democrats.

We have plenty of evidence of how this philosophy plays out in the governance of Maryland.  During the eight years of the O’Malley administration, overall state spending was increased by over 20%.  These additional expenditures were funded by $8 billion dollars in tax and fee hikes, costing the average Maryland family $4,600.

Hogan and Dems have conflicting worldviews

It is hard to imagine a greater contrast in worldviews than that of Gov. Hogan and leading Maryland Democrats. It is this basic duality which is driving politics in Annapolis.

For Gov. Hogan, there is a recognition that every dollar government spends is taken from Marylanders who earned it through the sweat of their brow.  It is a view that increased government spending comes at the expense of individual liberty and the diminution of productive labor.  For Gov. Hogan, it is the preserving the liberty and property of taxpayers that earns his first consideration.

For Maryland Democratic leaders, the priority is making sure the government has what they determine it needs first.  If the state has a surplus, perhaps a modest return can be considered.  If the state is underfunded, more must be taken from taxpayers.  The needs of the state, not those of the families of productive citizens, must come first.

It was this contrast that Gov. Hogan framed so clearly in the 2014 campaign.  Marylanders of every political stripe were persuaded to Hogan’s philosophy.  Moreover, recent opinion polls show that Marylanders overwhelmingly approve of the fruits of Hogan’s approach and believed the state is going in the right direction.

This is why even a modest tax relief proposal by the governor is so vehemently opposed.  It is why Annapolis Democrats want to mandate higher levels of spending. Their worldview, challenged and defeated at the ballot box, faces long-term unpopularity by an electorate that believes that the needs of their own families, and not the state, should come first.

Gov. Hogan’s continued success is sowing the seeds of the ultimate demise of the political and ideological monopoly of “state first” minded Democrats. A little over a year ago, this monopoly, according to conventional wisdom, was viewed as invincible.

What a difference a year makes!