The U.S. Supreme Court on Wednesday is scheduled to hear Benisek v. Lamone in what could be a landmark decision for — or against — political gerrymandering.  The decision will either inflame or temper partisan passions, but in either case, will shape the nation for generations to come.

Benisek v. Lamone is similar to the Whitford v. Gill case heard by  the court last October.  While each case makes technical arguments about whether inferior courts applied precedents or interpreted laws properly, both cases turn on the question of whether redistricting based on party affiliation unfairly tramples a citizen’s First Amendment right to freedom of association.

Benisek stems from the 2012 redistricting which specifically targeted Maryland’s 6th Congressional District in an attempt to flip it from Republican to Democrat.  In order to do that, hundreds of thousands of voters were moved into and out of the 6th District in order to make it more winnable by Democrats.

Whitford v. Gill was similarly intriguing but referred to state legislative districts.  Republicans took control of the Wisconsin legislature for the first time in generations and controlled redistricting in 2011.  They did so with a vengeance, moving district lines such that in 2012, even though Republicans legislators only got 48% of the vote, they took 60 of 99 seats in the legislature, while in 2014, they got 63 of 99 seats while winning 52% of the vote.

Maryland Democrats are equally insufferable in redrawing state legislative districts.  They routinely mix single- and multi-member districts to advantage Democrats.  For example, after legislative District 31 in the Pasadena area of Anne Arundel County became reliably Republican, it was split into districts 31a and 31b in order to carve a Democratic seat from a Republican district.  In neighboring District 32, however, all members run at large in a majority Democratic district, thereby claiming all three delegates seats for the Democrats.

In addition, Maryland allows a 10% population difference in state districts, and most Democratic-leaning districts have fewer voters than Republican ones.

Federal District and Appellate Courts have played an interesting role.  Federal courts typically do not hear challenges to redistricting based upon claims of discriminating against party affiliation.  Since Elbridge Gerry first carved up Massachusetts for partisan advantage in 1812, courts have recognized partisan redistricting as a power granted state legislatures by the Constitution.

The need to break up Jim Crow offered a path for judicial intervention in redistricting. The Voting Rights Act of 1965 outlawed racial gerrymandering that diluted minority voting power.  However, this gave legislative mapmakers both a sword and a shield for more partisanship—especially when combined with Big Data and computers.

Republicans often packed as many minorities into a district—ostensibly to comply with the Voting Rights Act.  Not coincidentally, this also made districts solidly Democrat, thereby weakening Democrat power in other districts while preserving and advancing minority representation.

Democrats were equally cynical in racial gerrymandering.  They packed as many minorities into the heart of Republican districts to split it—making the district or multiple districts, vulnerable to Democratic challengers. These tactics are called “packing and cracking.”

During his two terms in office, President Obama sought to reorient the nation by shifting the balance of power in appellate courts.  The traditionally conservative Fourth Circuit Court of Appeals, which hears cases from Maryland, Virginia, and North Carolina, was packed with liberal jurists.  Thus, the Fourth Circuit became more aggressive in redistricting cases—but only in Republican controlled states.

The Fourth Circuit court, for example, ordered Virginia and North Carolina to redraw districts to help Democrats.  At the same time, it refused to hear the Benisek case or challenges to Maryland’s Third Congressional District, which has been called the most gerrymandered district in the nation.

More recently, the Pennsylvania Supreme Court made up of five Democrats and two Republicans—all elected—voted along party lines to order that Pennsylvania’s congressional map be redrawn to the advantage of Democrats.

Hope for the future

By setting strict parameters on compactness, contiguousness, minimal allowable differences in district population, etc., the court can erect guardrails to help steer our politics away from the gutters and more to the center—perhaps restoring some civility to our body politic.

While the court rightfully should be wary that such rules would enmesh the courts in future redistricting fights, it needs to be clear-eyed—they are already there. Kicking the can on this issue is a fool’s errand.  The Whitford and Benisek cases give SCOTUS the choice either to act now, or react forever.  The choice is clear.

Michael Collins can be reached at michaelcollins.capital@gmail.com

“Lawsuit forces Maryland Democrats to acknowledge the obvious: Redistricting was motivated by politics” 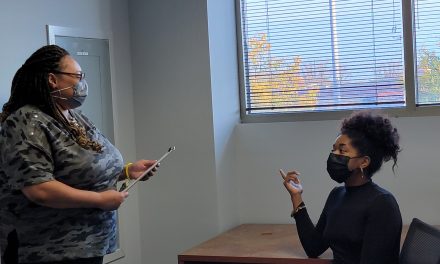 Leaving state to avoid taxes is ‘a myth,’ study says