EX-OFFENDER EMPLOYMENT AT THE FORE: Gov. Larry Hogan said Wednesday that his administration will conduct a one-year review of the legal and regulatory barriers that ex-offenders face as they seek employment, Ovetta Wiggins of the Post reports.

APPTS SECTY TOUTED FOR HI-ED POST: On Wednesday, Gov. Larry Hogan announced that he wanted his current appointments secretary, James D. Fielder Jr., to take the job.position as Higher Education Secretary after his acting secretary, Jennie C. Hunter-Cevera spent months without Senate confirmation. She will take an advisory job at the Department of the Environment instead, Erin Cox reports for the Sun.

DEMS WANT MORE SPENDING, HOGAN WANTS LESS: Democratic legislators voted Wednesday to spend as much as they could in next year’s state budget, while Gov. Larry Hogan’s budget secretary told them that wherever they set the spending ceiling, the governor would ask for less. Len Lazarick in MarylandReporter.com writes that in another straight party line vote, the Spending Affordability Committee also set the limit on new state debt $60 million higher (6%) than the $995 million Hogan had sought.

MILLER BLASTS FRANCHOT: Bethesda Beat obtained a letter Wednesday that Senate President Mike Miller sent to Comptroller Peter Franchot Tuesday criticizing the comptroller for failing to properly handle tax collection duties and for meddling in local political issues, writes Andrew Metcalf. The letter comes after a Post report detailed that the comptroller’s office sent between $12 million to $15 million to municipalities such as the Town of Chevy Chase and City of Rockville, rather than to Montgomery County, where they should have been allocated.

LEGGETT PUSHES TO PROTECT BOOZE MONOPOLY: Montgomery County Executive Ike Leggett Wednesday made his pitch for protecting Montgomery County’s alcohol monopoly in front of Bethesda business leaders in an off-the-record meeting at the Greater Bethesda-Chevy Chase Chamber of Commerce, Aaron Kraut reports for Bethesda Beat. While the meeting was open only to chamber members, Leggett’s office on Wednesday released a letter the county executive sent to Chamber President and CEO Ginnane Italiano outlining his message.

CLIMATE PANEL URGES DEEPER EMISSION CUTS: A Maryland climate-change panel called Wednesday for the state to reduce its greenhouse gas emissions by 40% compared to 2006 levels within the next 15 years, Josh Hicks of the Post writes. The proposal would build on a 2009 Maryland law that requires the state to cut greenhouse-gas emissions by 25% by 2020.

DELEGATE WARNS ON CAMPUS VIOLENCE: Del. Jason Buckel warned college officials from Frostburg State University and Allegany College of Maryland on Wednesday of the negative impact campus violence can have on a community, writes Greg Larry for the Cumberland Times News. Buckel hosted a meeting of law enforcement officials and educators to discuss student-related crime and violence.

LAST CALL FOR LASLO: Laslo Boyd of Center Maryland reflects on his career writing opinion pieces about Maryland, Maryland politics and education and the wider political scene. He says it’s his farewell piece for Center Maryland.

MIKULSKI SECURES FBI HQ FUNDS: Sen. Barbara Mikulski (D-Md.) has secured $390 million for a new FBI headquarters as part of the spending agreement that was negotiated by Democrats and Republicans in Congress. The agency is in the first stages of relocating from the aging J. Edgar Hoover Building downtown to a new suburban campus, Rachel Weiner of the Post reports.

MARYLAND UNDERPERFORMS: U.S. Rep. John Delaney called Maryland “one of the most underperforming” states in the country at a small business luncheon hosted by the Frederick County Chamber of Commerce on Tuesday, writes Paige Jones for the Frederick News Post.

ON THE GOP DEBATE: In his Roughly Speaking podcast, Dan Rodricks speaks with Richard Cross, a former Capitol Hill and Annapolis press secretary and speechwriter and author of the Cross Purposes blog, who analyzes Tuesday night’s CNN debate and shares a moderate Republican’s view of Donald Trump’s rise. He later talks with Dr. Faheem Younus, clinical associate professor at the University of Maryland School of Medicine and president of the Ahmadiyya Muslim Community mosque in Baltimore County, and Abdul Latif Bennett, the mosque’s community director, about how the Muslim-American community is affected by Donald Trump’s statements. 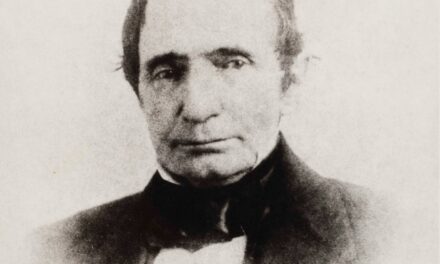