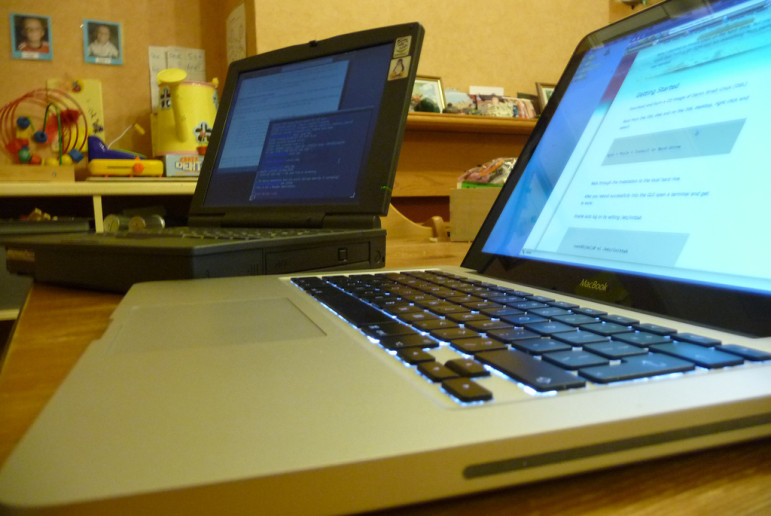 When a state commission meets for the first time on Tuesday to open a probe on the use of standardized testing in Maryland public schools, the elephant in the room could well be the testing vendor itself.

The company, Pearson, is viewed by some as a multi-pronged education conglomerate whose standardized testing component is either a bane of classroom existence or the future of student assessments, depending on whom you speak with.

It is a well-funded machine, some say, and aims to set a course for Common Core curriculum consolidation across the U.S. – or at least in the states that purchase its services, of which Maryland is one.

The contracts were let by state officials after it was the sole bidder for the new Common Core assessment work. The PARCC contract runs through 2018.

In addition, Pearson has individual contracts with some of Maryland’s school districts for additional standardized testing, teacher preparation and curriculum alignment and review.

NCS Pearson is the leading such test company in the U.S. – but also the most controversial. Problems with its testing procedures have prompted education officials in New York, Texas and Florida to abruptly end their contracts with the company and there have also been problems reported in Virginia, Minnesota and Indiana with use of the high-tech components of the assessments that NCS Pearson is known for.

In 2010, there were 26 states that were part of a national consortium that planned on using Pearson testing products to administer the PARCC exam – and that number today stands at 10.

Those problems have not gone unnoticed in Maryland.

During an August meeting of the state’s Board of Public Works in Annapolis, Comptroller Peter Franchot teed off on NCS Pearson’s track record. He said: “Pearson developed tests that are inappropriate to the age group, ambiguously worded, self-contradictory and therefore are virtually impossible for a majority of grade school children to pass.”

He went on, in a rant: “I think it’s a lousy company. I regret our involvement with it.”

Friedson said, in a statement: “Comptroller Franchot remains adamantly opposed to the state’s obsession with standardized tests, which detract from teachers’ ability to effectively teach and students’ ability to actually learn. He is particularly concerned with Pearson’s atrocious track record with testing products here and throughout the country and believes that it is impossible to overstate the damage this company and its academic testing products have done to the education of our kids.”

At a town hall meeting earlier this month in Rockville sponsored by the Montgomery County Education Association, teacher after teacher complained about standardized tests in general, the new PARCC tests, and Pearson. The meeting was moderated and recorded for the Marc Steiner radio show.

“What do [these tests] tell us?” asked Robert Chiappone of Poolesville Elementary. “They don’t provide any meaningful feedback for teachers.”

A parent complained about privacy issues with all the data being collected about school children.

Pearson is as an $8 billion, publicly traded, multinational corporation that as of 2014 operated in 70 countries and has tentacles in publishing, media and education. Based in London, it reports its earning in pounds sterling and had about $4.9 billion in sales in North America, 61% of its income. The company’s financial reports do not separate out revenues for K-12 testing, which represent only a small part of its business.

Pearson spokeswoman, Laura Howe, said the company is “one of many companies, both for-profit and nonprofit, serving public K-12 institutions in Maryland and across the country.”

That includes the PARCC consortium and PARCC, Inc., which is a national umbrella group based in Washington that works to support PARCC testing in Maryland and the other states that administer the Common Core assessments.

The exam is largely administered online.

“When competing for a statewide contract, Pearson participates in an open, public request for proposal process which evaluates how we perform as a company and the quality of materials we can provide to fulfill for a contract,” Howe said, in an emailed statement.

She added: “We meet the highest industry standards to make sure our tests are fair and valid. Our focus is always on the fairness, accuracy and validity of these tests. We are continuously working with educators to create better assessments that provide better feedback for students and their families.”

State board shocked at poor results

During the most recent meeting of the Maryland state Board of Education in late October, the first PARCC exam scores were released to the board. They reflected high school assessments given out last spring. Scores for lower grades  are to be released in early December.

Maryland’s interim State School Superintendent Jack Smith and other state education data experts cautioned that the first round of standardized testing in any new set of assessments has traditionally produced low scores. Some board members said the news was like a “cold shower” that shocked the system about Maryland students’ preparation for college and careers.

“The initial PARCC results represent a new starting line for Maryland students, teachers and families as we strive to better prepare our students to get on track for success after graduation,” Smith said during the Oct. 27 board meeting.

“But it is important to recognize that this data is only a snapshot…this is a challenging assessment, and the data reflects that.”

Smith told the state board he is in negotiations with the national PARCC consortium on a memorandum of understanding between it and Pearson over the exams.

State Board spokesman William Reinhard said last week the board “over the next few months will review the MOU and decide if it wants to revise it.”

Collecting data on amount of testing

Reinhard said the state board has collected data on the number of state tests required by local school districts to present to the 19-member state commission. That panel, created by legislation and signed by Gov. Larry Hogan, will meet on Tuesday for the first time in Annapolis.  It is officially called the Commission to Review Maryland’s Use of Assessments and Testing in Public Schools.

Reinhard said “there are no plans to develop a new assessment” in response to the low scores and high challenges cited in the Pearson PARCC exam.

In the meantime, the state commission will begin work on figuring out whether Maryland’s public school students are being over-tested, in many cases with Pearson exams.

Many have been critical of the amount of testing required in state schools because it takes away from classroom time and routine academic prep as teachers “teach to the test.”

That criticism includes a shot at Pearson and its dominance of the field of assessments – and the millions Maryland education officials are paying it to administer the tests.

“There’s a lot of money to be made in public education—and unfortunately that drives harmful trends like too much standardized testing and for-profit charter schools. We should be wary anytime there’s a company making money off our kids,” said Steve Hershkowitz, an MSEA spokesman.

“Students are better served by teacher-developed assessments that meaningfully inform instruction rather than corporate-developed standardized tests that substantially boost a company’s bottom line without giving teachers timely and useful information to help their students.”