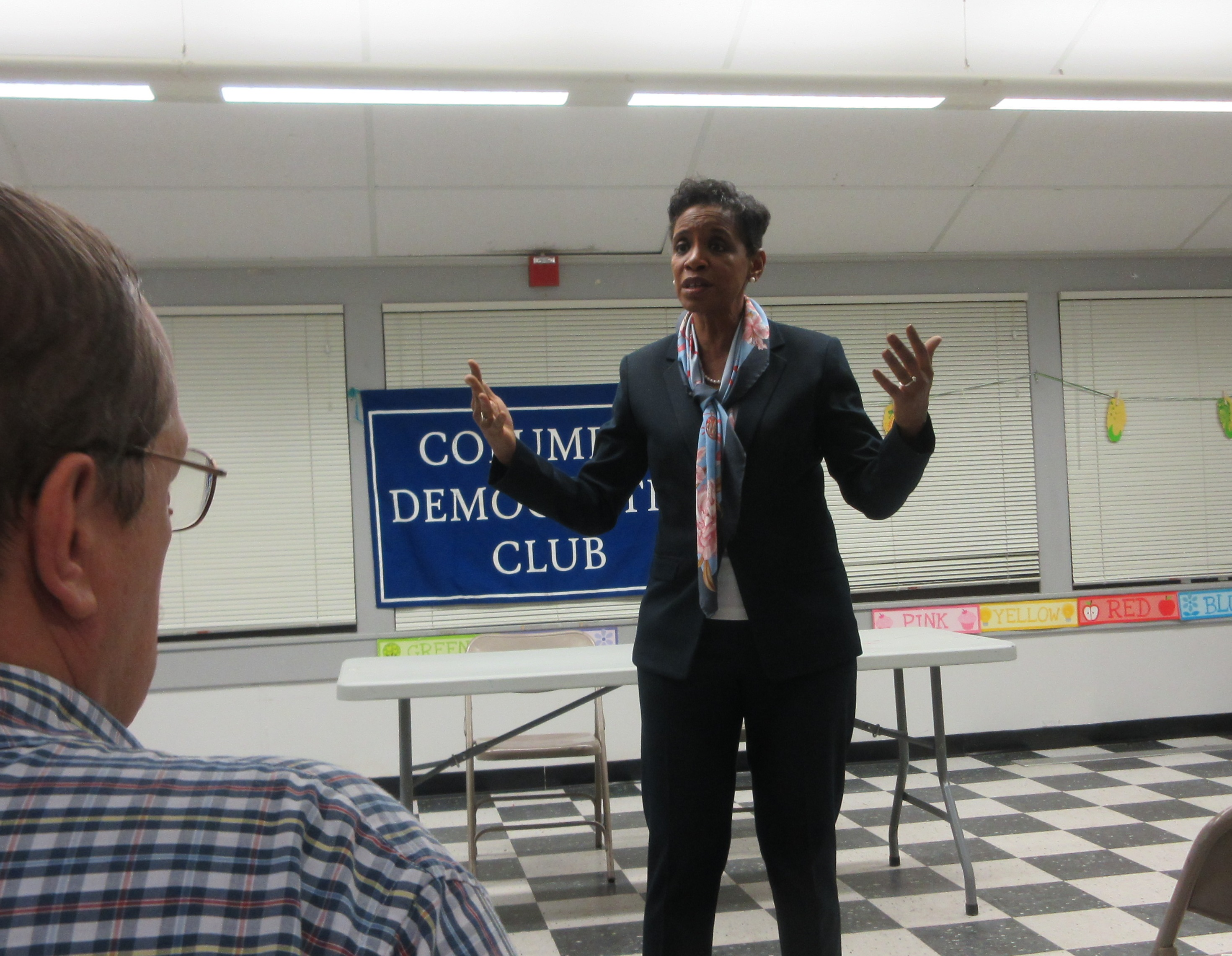 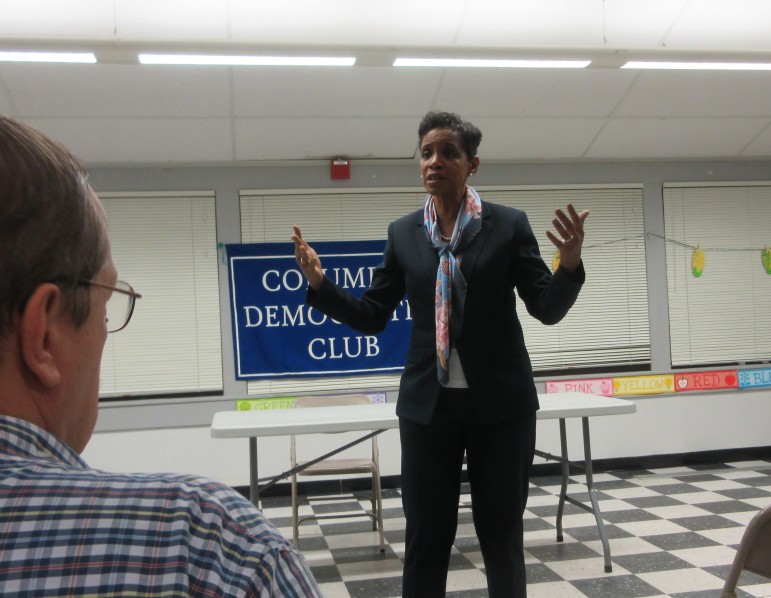 Like many a single mom from Prince George’s County, Donna Edwards is working two jobs these days — representing her constituents in the U.S. House of Representatives and running for the U.S. Senate.

Last week, she clocked in 90 hours, she told MarylandReporter.com before her talk at the Columbia Democratic Club Wednesday night. She gets up most days “not too early” at 5:30 a.m., and that night she headed home at 8:30 p.m. for the long drive to Fort Washington after speaking to about 30 people. At least one was already sporting a sticker for Rep. Chris Van Hollen, who is also seeking the Democratic nomination.

Edwards is behind in Van Hollen in fundraising and in endorsements from a slew of elected Democrats in Maryland, but she is ahead him in the only published poll, the University of Maryland-Washington Post poll, by 10 points (only 6 points if just registered voters are counted.)

“You’re not going to get someone who’s going to replace Barbara Mikulski,” retiring from the U.S. Senate after 30 years, Edwards said. Mikulski has “mini-shoes” and “I’m a size 10,” so she can’t fill her shoes.

“It’s important that we have a Democrat maintain this seat,” Edwards said. “I intend to keep that lead by working all across this state.”

She was the first African American woman to represent Maryland in Congress — that there hadn’t been one before surprised her at the time. She beat an incumbent African American Democrat in the 2008 primary, Rep. Al Wynn, to do so.

Edwards and Van Hollen have tried hard to draw distinctions between themselves, but she conceded, “We have very, very similar voting records.”

“The question is what kind of fighter do you want in the U.S. Senate,” Edwards said, linking herself to Mikulski’s feisty reputation in which “fighting” for something was a staple of many press releases. “You want someone in the Senate who is fearless to take them on.”

“I don’t think Social Security has anything to do with the budget,” she said. It can be made solvent for the long term by lifting the cap on wages covered by the payroll tax.

Van Hollen now has a TV ad that says he “led the fight to stop Social Security cuts.”

The two also have “significant differences on trade.” She said the Trans-Pacific Partnership trade deal “gives me great concern on so many different levels.” Among them, there are no rules about foreign currency manipulation, no enforcement of U.S. standards on food imports, no protections of labor rights in foreign trade partners, and no more requirement to Buy American for government agencies, which she called “a disaster” for small business.

“There are a number of areas where we have just not gotten it right,”

Van Hollen seems to agree. In a statement last month, he said:

“The TPP deal that is emerging is a fatally flawed pact that does not adequately protect Maryland jobs, the environment, and workers’ rights. Any trade deal must pass the test of boosting American jobs and wages. This deal fails that test. Our trading partners will still be able to manipulate their currency and hurt our economy and American workers. Free trade must be fair trade for American workers and consumers.”

Responding to an audience question, Edwards said she supports an increase in the federal minimum wage to $15 an hour. She wanted to debunk the myth that hiking the minimum wage cost workers their jobs. “There’s not a time when it’s resulted in job loss,” Edwards said. “All through the economy it brings up the wage base.”

Van Hollen also supports increasing the federal minimum wage, but his economic plan does not say by how much. Maryland’s minimum wage goes to $10.10 in 2018. In Montgomery and Prince George’s counties, it goes up to $11.50 in 2017.

One black man in the Democratic club audience told Edwards, “I have my reservation that Maryland will elect a black person,” because of the loss of Democrat Lt. Gov. Anthony Brown to Larry Hogan last year, and Kweisi Mfume’s loss to Ben Cardin for U.S. Senate in the Democratic primary in 2006.

Edwards disagreed, attributing those losses to candidates and campaigns not working hard enough.

“We should not take any voters for granted,” Edwards said. “We need to make sure to turn out every one of our voters.”

“Democrats sat at home” last year, but she says she’ll try to make sure that doesn’t happen this time. “I know I can win, and not just in April.”

The only two African-Americans ever elected statewide in Maryland were two Republican lieutenant governors, Michael Steele in 2002 and Boyd Rutherford last year. 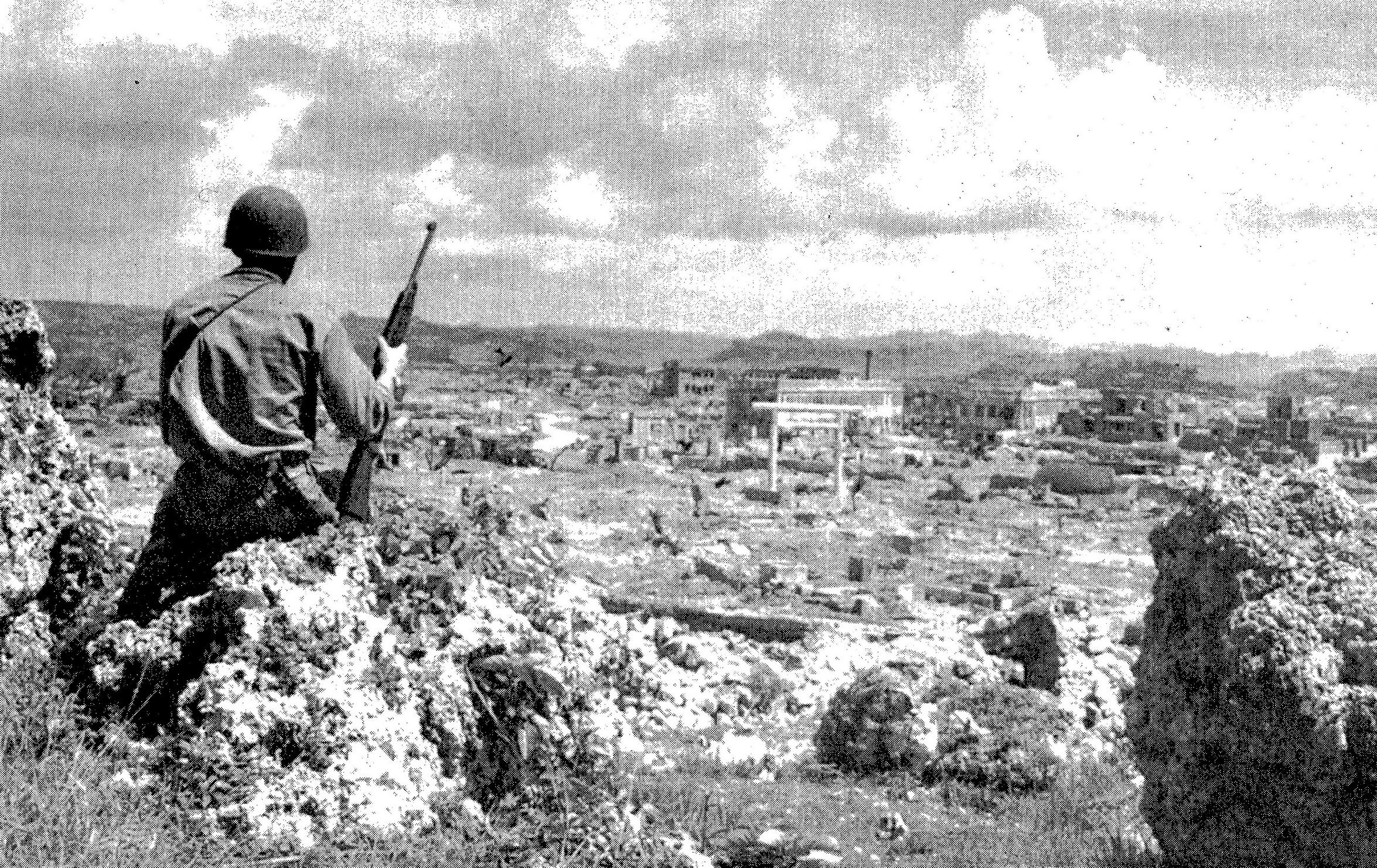 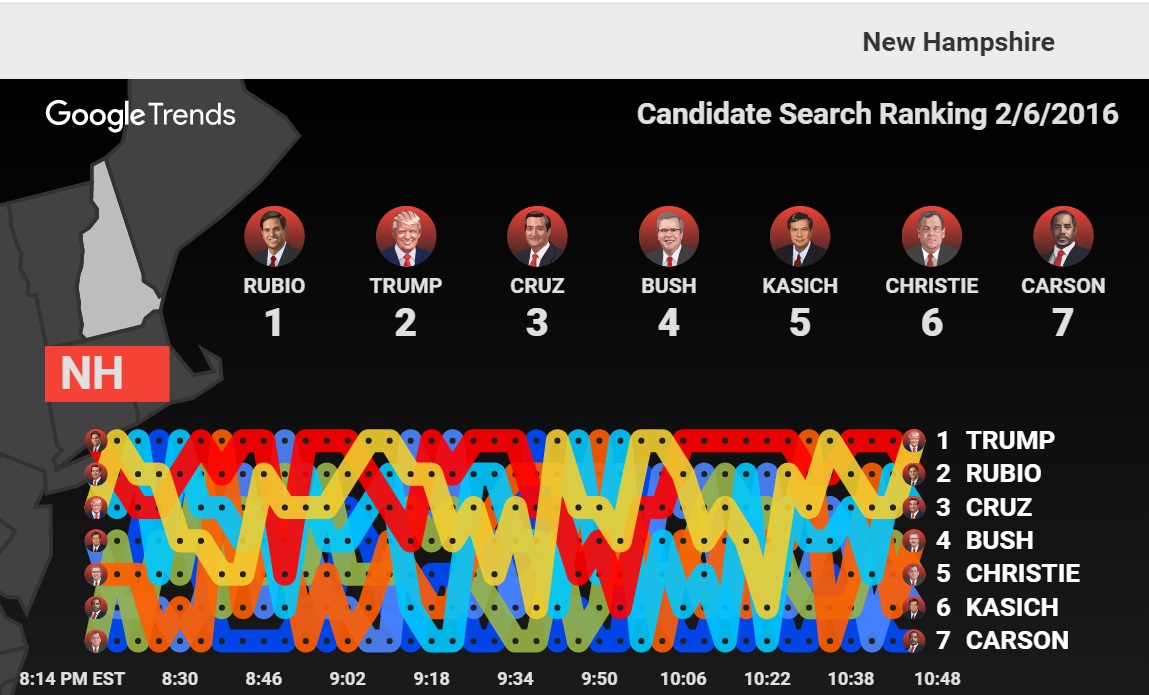