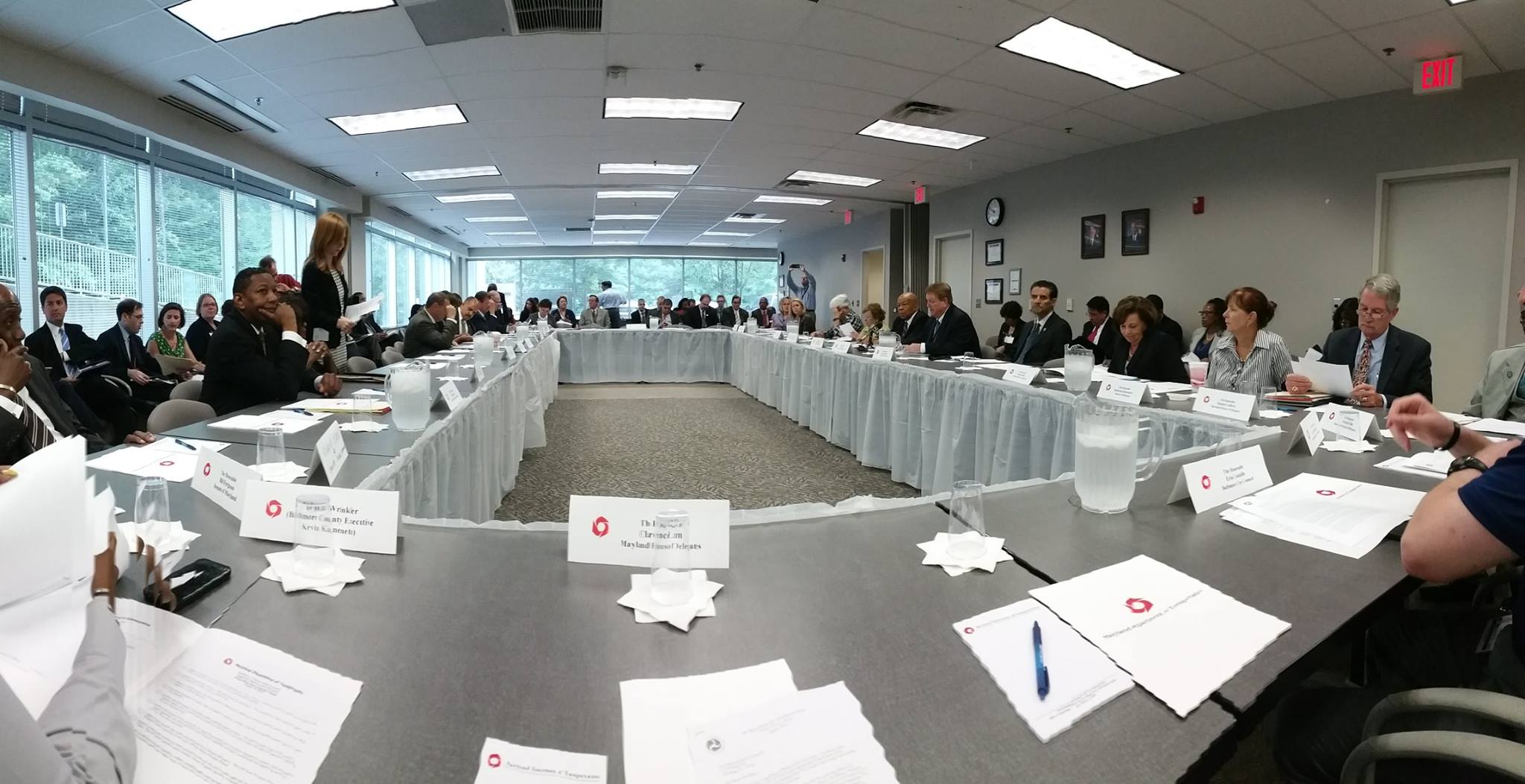 NEW LOOK FOR MarylandReporter.com: We switched web hosts and content management systems at 11 a.m. today, Tuesday, Aug. 11. You will notice some changes in how the website looks, and we may have some glitches to work out.

BUS PLAN DISAPPOINTS, FRUSTRATES: Luke Broadwater of the Sun reports that after killing the $2.9 billion Red Line project, Hogan administration officials gathered city elected officials Monday for a closed-door meeting and pledged to make Baltimore’s much-maligned bus system run better. City Democrats, who had hoped the Red Line would create hundreds of jobs in struggling neighborhoods, said they expected more.  “We came here today in hopes of hearing alternative ideas to the Red Line,” said state Del. Maggie McIntosh. “We leave here very frustrated and disappointed. There’s not a real plan or any alternative for the kind of things the Red Line would have produced. We got 100% emphasis on improving the bus service, which is their job.”

YES TO REDISTRICTING REFORM: Senate President Mike Miller has declared Gov. Larry Hogan’s plan to reform the state’s redistricting process as DBA – dead before arrival. “It’s not going to happen,” Miller said matter-of-factly, referring to Hogan’s campaign promise to create a fair and impartial method of redrawing the state’s election districts after each decennial Census. The editorial board of the Frederick News Post is urging Miller to do the right thing by the citizens of Maryland and take up the issue of redistricting reform.

CDC URGES LATER START TO SCHOOL: The Centers for Disease Control and Prevention found that 5 out of 6 middle and high schools nationwide start school too early and may leave students sleep deprived, according to a new report released Thursday. Montgomery County Public Schools pushed back its start times by 20 minutes for high schools and middle schools earlier this year in its attempt to deal with this issue, reports Andrew Metcalf for Bethesda Beat.

REDMER HEARS INSURANCE PROBLEMS: Insurance commissioner Al Redmer has been “getting an earful” from Marylanders during his eight town hall-style meetings to hear about the problems they have encountered with insurance – but might not have previously reported to the insurance administration, Sarah Gantz reports for the Baltimore Business Journal.

POT TYCOON EYES RETURN TO MARYLAND: The first time Brian Rogers took a bong hit at a party with his Havre de Grace High School friends, he said marijuana had no effect on him. Now Rogers co-owns a multimillion-dollar marijuana company in Colorado at the center of the CNN docu-series, “High Profits,” and he’s no longer ambivalent. Talia Richman of the Sun reports that with Maryland’s nascent medical marijuana program taking shape, Rogers is one of many entrepreneurs eyeing the possibilities. And, he says, his trajectory holds lessons for the consequences of the nation’s drug policies.

UPBEAT ON CASINO REVENUE: The state’s new gaming chief predicted at least several more years of significant casino revenue growth on Monday, the same day the state announced that it took in more than $1 billion in revenue from the lottery and casino gambling, Jeff Barker writes in the Sun. “I think you’re going to see big growth numbers on the casino side for at least a couple or three years,” said Gordon Medenica, director of the state Lottery and Gaming Control Agency, which released a report summarizing the fiscal year results.

MARYLAND LIVE TAX DISTRICT: The Anne Arundel County Council is asking the Maryland Stadium Authority for advice about creating a tax district to support development of a hotel and conference center at Maryland Live, Rema Rahman reports for the Annapolis Capital. It would be the first time the council has sought outside advice on such a proposal, which could cost about $25,000, county auditor Teresa Sutherland said.

YOUTH JOBS PROGRAM DIFFICULT TO SUSTAIN: Lorraine Mirabella of the Sun reports that the summer jobs program for Baltimore youths placed a record number of workers this year, but that level of employment could be difficult to sustain under the current model, the head of a Baltimore business advocacy group said Monday.