MD AHEAD IN CLIMATE WORK: Timothy Wheeler of the Sun is reporting that federal and state officials say that, with its initiatives to curb climate-altering power plant emissions and to promote renewable energy, Maryland has a head start in complying with the Clean Power Plan that President Barack Obama unveiled Monday. Obama’s plan drew praise from Maryland’s Democratic members of Congress and from environmentalists, who said federal action on power plant emissions to address climate change is long overdue. 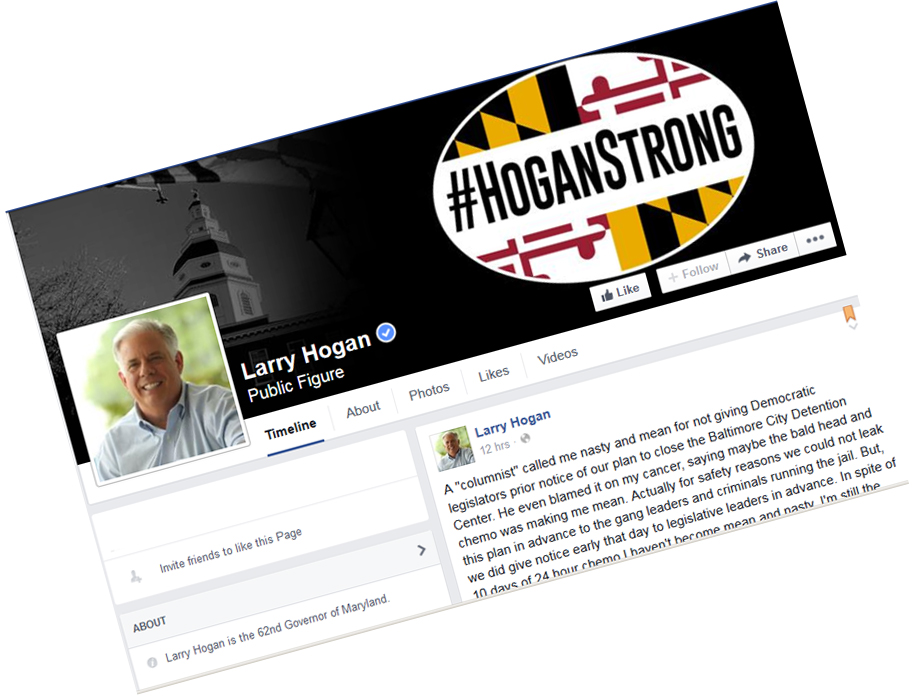 HOGAN RESPONDS TO ‘NASTY’ COLUMN: Bryan Sears of the Daily Record writes that Gov. Larry Hogan has responded on a Facebook post to yesterday’s column by Barry Rascovar in which he calls Hogan’s recent actions a sign that he is now “Mr. Nasty.” Hogan even pinned the response to the top of the page. Click the accompanying photo to go the governor’s Facebook page.

CARET SALARY & PERKS: University System of Maryland Chancellor Bob Caret’s contract includes a mansion worth more than $1 million, a base salary of $600,000, a car and a personal driver, according to Jonathan Munshaw of the Baltimore Business Journal. The BBJ obtained a copy of Caret’s contract through a public records request and found that Caret’s starting salary as head of USM is roughly 30% higher than his base salary of $425,000 as president of the University of Massachusetts.

COP BODY CAM PANEL MEETS: A panel charged with making recommendations that could lead to a statewide policy for the use of police body cameras will have to hit the ground running in order to meet its deadline, writes Bryan Sears for the Daily Record. Nearly two dozen members of the Commission Regarding the Implementation and Use of Body Cameras by Law Enforcement Officers will meet for the first time Tuesday in Annapolis. Some members of the commission worry that significant policy discussions will be cut short because of a late start and the short time frame for delivering a final report.

HUMAN TRAFFICKING PART 2: In Part 2 of a series in MarylandReporter.com, Capital News Service reporters write that the Internet is a major way now for human traffickers to find their victims’ clients, making it tougher to fight what used to be a street crime. And the traffickers act like card-carrying businessmen.

MO CO BOXES REBEL STATUE: Montgomery County has erected a wooden box around a Confederate monument recently spray-painted with the words “Black Lives Matter,” in hopes of shielding the statue from further vandalism as officials seek to move it out of downtown Rockville, Bill Turque reports in the Post.

MO CO BOE WANTS EARLY VOTE INPUT: The Montgomery County Board of Elections wants input on which nine sites should be home to early voting for next year’s primaries and general election, writes Aaron Kraut for Bethesda Beat. The BOE has listed 17 potential sites throughout the county and will listen to suggestions at a public hearing on Sept. 21 at 10 a.m. in the lobby level auditorium of the Executive Office Building in Rockville. The board will also look for public comments during its regular Aug. 31 meeting at its headquarters in Gaithersburg

EHRLICH WON’T RUN FOR PRESIDENT: James Pindell of the Boston Globe writes that after nearly a dozen trips to New Hampshire and Florida to explore a bid for president, former Maryland Gov. Bob Ehrlich is doing a rare thing this year: He decided not to run. In an interview with the Globe, Ehrlich confirmed he would not become the 18th Republican to run for president. He said he thought the could advance the issues he cares about using a political action committee instead.

NEW FREDERICK NAACP HEAD: Hayden Duke, the former chairman of the Frederick County Human Relations Commission, will take the reins of the local NAACP chapter, Kelsi Loos reports for the Frederick News Post. “Civil rights, human rights and the respect for the individual [are] something my parents instilled in me since the day I was born,” he said in a phone interview. 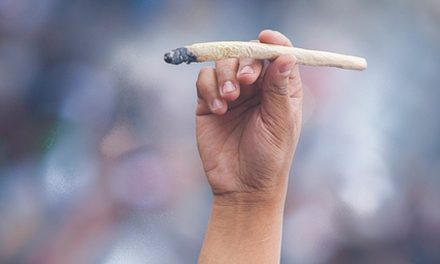