HOGAN NEUTRAL ON UTILITY MERGER: Bryan Sears of the Daily Record reports that Gov. Larry Hogan is taking a neutral stance on the proposed $6.8 billion merger between Exelon and Pepco Holdings, a position that has elicited disappointment from opponents of the deal. A coalition of environmental and social issues groups are among those who want Hogan to join with Attorney General Brian Frosh and others in opposing the merger, which critics note would make one company responsible for providing power to 85% of the state’s residents.

AUDIT QUESTIONS SLOTS DISTRIBUTION: A state audit released Monday raised questions about how the Maryland State Lottery and Gaming Control Agency distributed more than $700,000 in unclaimed video slots proceeds, reports Bryan Sears for the Daily Record. That issue was among the five findings by the Office of Legislative Audits. The report also raised concerns about the security of the agency’s computer network as well as its failure to publicly publish notification of the awarding of three contracts valued at a combined $106 million.

FORWARD WITH OPEN GOVERNMENT: Doug Donovan of the Sun takes a closer look at the state’s new public information law. He writes that the General Assembly approved legislation that establishes a public information compliance board and an ombudsman position to mediate complaints.The board will primarily handle complaints when government agencies charge fees above $350. The ombudsman will attempt to resolve disputes about redacted information, untimely responses, overly broad requests and denials.

CRIMINAL JUSTICE REFORM: Despite the partisan budget stalemate that dominated headlines as the Maryland General Assembly session came to a close last week, lawmakers in Annapolis have been slowly moving in a new direction on drug policy and drawing support from both sides of the aisle, writes Christopher Connelly for WYPR-FM. The legislature decriminalized pot paraphernalia, made it harder for police officers to seize property they think was bought with drug money and curtailed mandatory minimums for low level drug offenses.

POLICE WATCHDOG FAILS: Bills that Baltimore City police watchdog groups favored to bring greater police accountability died in committees on the last day of the 2015 Maryland General Assembly session despite the momentum advocates had at the start of the session, Kenneth Burns reports for WYPR-FM. He looks at why those bills failed, despite the efforts of a number of lawmakers.

GRAY DEATH QUESTIONS: Baltimore City Mayor Stephanie Rawlings-Blake said Monday she’s continuing to seek answers in the death of Freddie Gray, who was critically injured after being arrested by Baltimore City police, writes Yvonne Wenger in the Sun. During an appearance on MSNBC’s “Morning Joe,” she said she’s ordered the Police Department to work in conjunction with the State’s Attorney’s Office on the investigation, saying “we have already indicated that we will also have independent eyes take a look at this.

HOGAN’S BRAND OF ‘WHOOP ASS:’ In an analysis for MarylandReporter.com, Charlie Hayward writes that whether you call him the new sheriff in town or the public-sector incarnation of the muscle-bound wrestler Hulk Hogan, Gov. Larry Hogan has meted out his own brand of “whoop ass” on flat-footed state bureaucrats while presiding over his first six meetings of the Board of Public Works, a three-member panel that approves major state procurements.

SCHOOL CUTS “SHAMEFUL”: Montgomery County Public Schools are facing a cut of 370 school-based staff positions in the next school year, and some class sizes could go up because of budget problems reports Michelle Basch for WTOP Radio. In addition, the school district likely won’t get all of the state budget help it asked for, because Gov. Larry Hogan wants to focus on reducing the state’s deficit. “This is funding that has been identified and passed by a General Assembly that is comprised of Democrats and Republicans,” said County Councilmember Craig Rice.  “However, this governor has chosen not to allocate funds that were already set aside for education, and that quite frankly is very concerning, and I think shameful.”

EEOC SUES STATE AGENCY: The federal Equal Employment Opportunity Commission is suing a Maryland insurance regulatory agency over allegations that it paid female employees less than their male counterparts, reports Ovetta Wiggins for the Post. The EEOC filed a lawsuit against the Maryland Insurance Administration in U.S. District Court in Baltimore City last week on behalf of three women who work as investigators or enforcement officers in the agency’s Baltimore office.

HOGAN, MILLER UNITE FOR PG’S BAKER: On Monday, Gov. Larry Hogan and Senate President Mike Miller came together in Prince George’s County to celebrate the success of County Executive Rushern Baker in keeping Thompson Creek Window Co.’s headquarters in the state, reports Arelis Hernández in the Post. Prince George’s extended a $250,000 loan from its economic development incentive fund to coax Thompson Creek into staying in the county and building a $20 million headquarters.

PURPLE LINE BOON: A study commissioned by Montgomery and Prince George’s counties estimates that the Purple Line light-rail project through the District’s Maryland suburbs would generate more than 40,000 permanent and temporary jobs, add tens of millions of dollars to the region’s tax rolls and boost property values by the billions, Bill Turque of the Post reports.

AND HOGAN’S CRUCIBLE: The editorial board of the Post writes that for Gov. Larry Hogan, decision time is approaching for the proposed Purple Line transit project, an east-west light rail link that would run inside the Beltway north of the District. The governor’s verdict, expected next month, will signal whether he attaches more importance to reviving the state’s struggling economy — as he pledged to do as a candidate — or appeasing his mainly rural and exurban political base, for whom transit is no priority.

BRIEF HISTORY OF RELIGIOUS TOLERANCE: Greg Kline of Red Maryland writes a brief history of religious tolerance in Maryland, dating back to 1649, when the Maryland General Assembly passed one of the first religious toleration laws in the American colonies. Of course, it only addressed Christianity — and Catholics and Protestants.

ARUNDEL’S 4TH DISTRICT DEMS: Tens of thousands of Democratic primary votes are up for grabs in the Anne Arundel portion of Maryland’s 4th Congressional District race. But it is up for debate whether those votes will play a major role in the outcome of the primary election next year. Glynis Kazanjian of MarylandReporter.com wriites that today, the District represents 264,000 Democrats in Prince George’s and 46,000 Democrats in Anne Arundel. While political strategists agree voters in Anne Arundel cannot be ignored, one expert says the race is primarily about Prince George’s — where 85% of the District’s Democratic voters live.

STREISAND DONATES TO EDWARDS: The Senate campaign of Rep. Donna Edwards received a cash infusion late last month of $2,600 from film and music star Barbra Streisand, Rachel Weiner of the Post writes. “She knows Congresswoman Edwards and has long admired her work on gender equality and health care,” a Streisand representative said.

O’MALLEY SAYS #@%& ON NPR: Former Gov. Martin O’Malley used a curse word on a nationally broadcast radio program Monday morning to describe Republican policy ideas, and on Monday afternoon started using it to solicit donations for his potential bid for president. O’Malley has been enjoying growing national attention as an alternative Democratic candidate to front-runner Hillary Rodham Clinton,  a role that despite his low showing in polls, has landed O’Malley on Sunday talk shows and National Public Radio writes Erin Cox in the Sun. 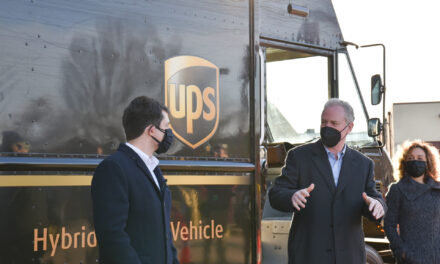