The Harry Nice Bridge over the Potomac River in Siuthern Maryland before construction of a new bridge began. Photo by dcmclane with Flickr Creative Commons license

Photo above: The Harry Nice Bridge over the Potomac River (By dcmclane101 with Flickr Creative Commons License.)

Despite Gov. Larry Hogan’s promised effort to reduce tolls across the state, Maryland Transportation Authority officials do not plan on toll reductions, as large construction projects loom in Maryland’s future.

CLARIFICATION 2/16/2015, 1:34 p.m.: But at the request of the MdTA chairman, staff is looking at toll reductions and their potential impact on bond ratings and future capital projects.

The MDTA also does not plan to increase tolls within the “next six-year forecast.”

“We are in good financial health,” said Bruce Gartner, executive director of MDTA, an agency with its own board that sets tolls.

But Gartner reminded lawmakers at the Senate transportation subcommittee meeting on Friday that while the toll rate is currently able to fund the capital program, bridges will continue to deteriorate.

“The construction of the Nice Bridge or any other large capital project will require toll increases at toll facilities besides just the Nice Bridge,” responded the MDTA to the Department of Legislative Services’ budget analysis.

The MDTA is planning on replacement of a deck on the 1.7 mile-long two lane bridge that spans the length of the Potomac river. Nice Memorial Bridge construction is planned to take place within the 2020-2025 year range. Within the next six to eight months, state officials plan to determine the method of funding.

“Going forward we want to make sure we are not putting ourselves or future administrations into a position where you have a large toll increase in order to keep up with capital program or a new project,” said Gartner.

MDTA officials said they are focused on not creating another hardship for commuters after receiving feedback that the last increase — even when spread out over a period of two years — was still too steep.

Subcommittee Chair Sen. James “Ed” DeGrange asked Gartner whether they plan more toll increases for the Bay Bridge, to which Gartner gladly remarked “No…not within the next six years.”

Also on DeGrange’s mind was concern on the toll rates of Pennsylvania and Virginia: “Are we competitive with the surrounding states?” he asked.

“That’s always something we look at..generally we are very competitive.” Gartner responded, promising to get the subcommittee exact numbers in future weeks.

The recent doubling of most tolls from 2011 to 2014 satisfied the capital program’s budget and helped MDTA to reduce their expected amount of debt. Outstanding debt is expected to peak at $2.3 billion in fiscal 2015, which is $192 million less than officials expected to borrow during the 2014 legislative session.

O’Malley, Brown using technology to interact with Marylanders during State of the State address 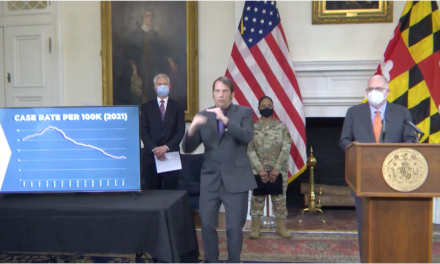