STORMWATER TAX REPEAL: Following through on a campaign promise, Gov. Larry Hogan unveiled legislation Tuesday that would repeal Maryland’s requirement that its largest counties impose a fee to pay for stormwater cleanup. Critics call it the “rain tax.” Hogan said his legislation would allow counties to scrap the fees if they want, reports Michael Dresser in the Sun.

GUN RALLY: Encouraged by an election that sent a record number of Republicans to Annapolis last month, hundreds of Second Amendment activists came to the capital on Tuesday to ask their allies to chip away at one of the most stringent gun-control laws in the country, reports Arelis Hernandez for the Post.

WAGE PROTEST: State employees and legislators protesting the lack of cost-of-living raises in next year’s budget found an unusual supporter Tuesday — Gov. Larry Hogan, who provided no pay raises in his fiscal 2016 budget, writes Len Lazarick for MarylandReporter.com. “This was the most difficult decision we had in the entire budget process,” Hogan told reporters in a wide-ranging news conference.

ED FUNDING POLL: Scott Clement and John Wagner write that a Washington Post-University of Maryland poll has found that Maryland’s new Republican governor enjoys solid public support for some of his plans to curb agency spending and cut taxes, but he faces strong opposition to a proposal to slow the growth of education funding.

BIPARTISAN BILLS:  A bipartisan group of legislative leaders announced a package of bills that represents what they said is a collective agenda for the balance of the 90-day General Assembly session. The legislation is part of a package of nine bills that  lawmakers from the House of Delegates and the Senate say will make up the core of their legislative agenda for the 2015 session, reports Bryan Sears for the Daily Record.

PROTECTING CHILDREN: The death of a Frederick County toddler in her parents’ custody is fueling state-level discussions about better protecting children in foster care from being returned to abusive biological families, reports Bethany Rodgers for the Frederick News Post.  Del. Kathy Afzali is among the legislators working on reforms in memory of Anayah Williams, the 21-month-old girl whose father has been charged with first-degree murder in her death. Her mother is facing a charge of first-degree child abuse.

WITHHOLDING TAXES: A program to withhold income tax refunds from people with outstanding arrest warrants could be implemented across much of the state, as lawmakers from Montgomery, Carroll and Baltimore counties push for legislation to use the Warrant Intercept Program, writes Rebecca Lessner for MarylandReporter.com. That program, which has already been successful in Anne Arundel County, could also be implemented in other counties.

PUBLIC INFORMATION: A state Senate bill aims to expand transparency in requests for public information as well as make state documents more affordable and available for anyone to obtain, writes Phil Davis for the Salisbury Daily Times.

HEROIN PROBLEM: State lawmakers unveiled a few of their legislative priorities Tuesday, including two measures to tackle the growing scourge of heroin addiction in Maryland, writes Kaustuv Basu for the Hagerstown Herald Mail. One measure would create a long-term strategy to deal with the heroin issue, including relying on expert opinion. Another bill would make it easier for patients to get “abuse-deterrent drugs.”

WORK PERMITS: Luke Broadwater of the Sun reports that Attorney General Brian Frosh and Baltimore City Mayor Stephanie Rawlings-Blake announced a campaign to help Baltimore’s immigrants take advantage of President Barack Obama’s recent actions to allow work permits while warning of immigration fraud. In front of a packed room in southeast Baltimore, the politicians both even spoke a little Spanish.

HOGAN WON: Todd Eberly, in a post on his FreeStater Blog, writes that in their recent actions in slowing down Gov. Larry Hogan’s appointments, Senate Democrats may be pleasing the party faithful, partisan activists and other members of the state Democratic establishment that failed to deliver victory in November, but he suspects that their behavior is reminding a lot of voters why they decided to stay home or why they decided to vote for Hogan in the first place.

MORE POSITIVE ON O’MALLEY: Former Gov. Martin O’Malley, who left office last month and is weighing a 2016 White House bid, is viewed more favorably by voters in his state now than he was during last fall’s race to succeed him, write Peyton Craighill and John Wagner for the Post. Maryland voters are evenly divided — 47% to 47% — on whether they approve of the job the Democrat did while in office, a Washington Post-University of Maryland poll found.

FILLING VACANCIES: Queen Anne’s County Commissioner Mark Anderson has withdrawn a proposed ordinance that  would have changed how commissioner vacancies are filled when they occur within a term. The bill would have given the remaining commissioners the authority to fill the vacant seat, taking it away from the party central committees, who send a name onto the governor, Angela Price writes in the Easton Star Democrat. 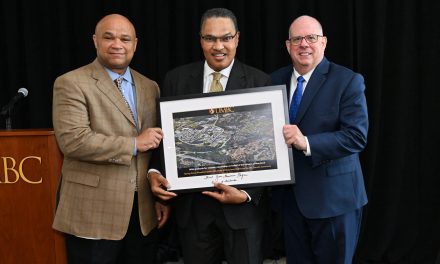