POT DECRIMINALIZATION: John Rydell of WBFF-TV is reporting that Baltimore criminal lawyers are praising a new law in Maryland that will decriminalize the possession of small amounts of marijuana. The law, which takes effect Oct. 1, calls for those caught with less than ten grams of pot to be issued a civil citation and be fined $100.

GUN LAWS, GUN SALES: Daniel Leaderman of the Gazette reports that when Cory Brown opened United Gun Shop in Rockville in August 2013, Maryland’s sweeping gun-control law was about to go into effect, placing major restrictions on what he could sell and who could buy it. But business has been growing steadily, Brown said in an interview.

APPROVE ‘LOCKBOX’ AMENDMENT: On the November ballot, voters across Maryland will face Question 1, a proposed constitutional amendment that places restrictions on the ability of the next governor and General Assembly to use transportation money to help balance the general fund. The so-called “lockbox” amendment deserves to be approved, but voters will find there’s less here than meets the eye. And that actually might be a good thing, opines the editorial board for the Sun.

LIFETIME GAMBLING BAN: Zoe Read of the Annapolis Capital writes that Maryland Lottery and Gaming Control Agency, which oversees casinos and lottery gaming in the state, is considering a proposal to eliminate the voluntary lifetime ban on gambling for those addicted to gambling, leaving just the current two-year program. “We always want to provide a two-year option because we don’t want to discourage people signing up because we only have a lifetime option,” said Stephen Martino, director of the agency.

LNG EXPORTS OK’D FOR COVE POINT: Dominion Energy received federal approval late Monday to export liquefied natural gas from its Cove Point terminal on the Chesapeake Bay in Maryland, according to an AP report in the Daily Record.  In its decision, the Federal Energy Regulatory Commission concluded that the project, as approved with conditions, would minimize potential adverse impacts on landowners and the environment.

NEW FEMA FLOODPLAIN MAPS: Floodplain maps have been redrawn by the Federal Emergency Management Agency in Maryland, Virginia, Pennsylvania and Delaware, a change that could shift properties into or out of a flood risk zone, reports CNS’s Dani Shae Thompson in the Daily Record. The updated maps are used to calculate flood insurance rates, so for homeowners whose properties moved into FEMAs designated flood risk areas, the map change could mean paying more for flood insurance.

EDWARDS LEADS: U.S. Rep. Donna Edwards has worked hard to secure her place in the House of Representatives. She wants more women to do what she has done, to reinvent themselves and take a chance on politics, writes Krissah Thompson in the Post.

CIRCUIT BENCH HOT SEAT: The two men competing for an open seat on the Frederick County Circuit Court bench are each putting their opponent in the hot seat. The election is the most hotly contested race for Circuit Court judge in the county in decades and one of the most expensive campaigns for judge in the state this year, reports Danielle Gaines for the Frederick News Post. The sitting judge appointed last year, Judge Danny Brian O’Connor, has come under scrutiny early in his tenure on the bench, while challenger Scott Rolle’s past court cases are being questioned.

NO CLEAR VIOLATION: State Elections Board vice chairman David McManus wants to set the record straight. The board did not find a campaign violation had occurred when it investigated a finance complaint filed against Larry Hogan,  the Republican nominee for governor, he said. McManus said, “I made a motion to waive any fine because, I said, it was not clear a technical violation of Maryland law had occurred.” Glynis Kazanjian writes the story for MarylandReporter.com.

CAN HOGAN WIN? Opinionmaker Blair Lee of the Gazette takes a close look at Larry Hogan, Anthony Brown and the gubernatorial race to try to answer the question: Can Hogan win?

CLINTON STUMPS FOR BROWN: Hillary Rodham Clinton is scheduled to host what might be the single biggest fundraiser for Democratic Lt. Gov. Anthony Brown tonight in Potomac, reports Erin Cox in the Sun.

SHADY & DESPERATE: Going back three decades to find material for attack ads strikes Sun columnist Dan Rodricks as shady and even a little desperate. But that is what Lt. Gov. Anthony Brown and the Democratic Party have done in their recent portrayal of Republican Larry Hogan, Rodricks writes.

INTERESTING IN ANNE ARUNDEL: Josh Kurtz of Center Maryland writes that if we avert our eyes from the looming metaphorical train wreck of the gubernatorial election we can find some other interesting political stuff going on around the state. Take Anne Arundel County, where, in one of the most competitive and volatile jurisdictions in the state, we can anticipate political changes in the short term, and more over the horizon.

PENALIZING BRUTAL POLICE: State and local politicians continued the call Monday for heightened scrutiny of Baltimore City police officers who are the focus of brutality allegations, urging tougher penalties for offenders and greater disclosure of internal discipline, Mark Puente reports for the Sun.

NATIONAL BIKE ROUTE IN MARYLAND: C.J. Lovelace of the Hagerstown Herald Mail reports that a new national bicycle route is being proposed for Washington County, adding to a growing network of nearly 6,800 miles of designated routes established across the country. The U.S. Bicycle Route System is a developing national network of bicycle routes, which link urban, suburban and rural areas paved roads and trails, according to a major proponent of the network.

***Historic Ellicott City’s 29th Annual Decorator Show House is at Meriweather Farm, a stately stone manor home on 110 scenic acres at 14944 Roxbury Road in Glenelg.  Open from through Oct. 19 from 10 a.m. to 4:00 p.m. Tuesdays through Saturdays and from noon to 5:00 p.m. on Sundays (closed Mondays and doors close one hour before the end time). For this annual fundraising event, this 5,757-square-foot historic manor house has been transformed by over a dozen interior designers. Tickets for the Show House are $20 in advance and $25 at the door and are available for purchase at http://historicec.com/meriwether-farm-circa-1805/ or by calling 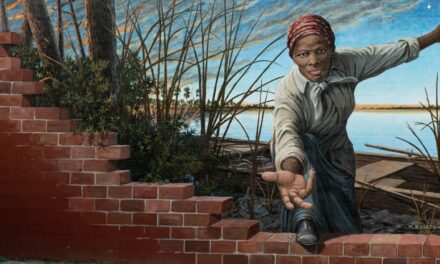