PROBE SOUGHT AFTER GROUP HOME DEATH: Maryland lawmakers and child advocates called Monday for an investigation into regulators’ oversight of a troubled group home operator, asking why the state continued to give the company millions in taxpayer dollars despite long-standing financial and regulatory problems, Doug Donovan reports in the Sun.

MUM ON EXCHANGE GLITCH: Maryland Health Benefit Exchange officials have little to say about a recently reported glitch in software used by the Connecticut health exchange that resulted in thousands of accidental insurance cancellations in that state, reports Bryan Sears for the Daily Record. The revelations come as the Maryland Health Benefit Exchange begins testing an adaptation of the Connecticut system for Maryland.

PHOSPHORUS REDUCTION DOUBTED: Two reports on the Chesapeake Bay cleanup find virtually no phosphorus pollution reduction in Eastern Shore waterways in the past 10 years and question whether the EPA is over-estimating farm pollutant reductions, Pat Furgurson reports in the Annapolis Capital.

IMMIGRANT HOUSING PLAN & VANDALISM: As news spread this weekend that undocumented immigrant children might soon live in a former military facility in Westminster, graffiti appeared on the one-story brick building: “No illeagles here. No undocumented Democrats.” Jenna Johnson of the Post writes that aside from the misspelling — which prompted some snickering about sick birds of prey as a photo circulated on Facebook on Sunday — the scrawled message was a manifestation of the bitter national debate over how the government should treat these undocumented children.

SHERIFFS HEAD TO BORDER: Frederick County Sheriff Chuck Jenkins, along with six other sheriffs from across the nation, will meet in McAllen, Texas, on Wednesday and Thursday to get a firsthand look at the recent border surge and to assess this new population’s potential local impact, Grace Toohey reports in the Frederick News Post.

STATE’S FISCAL HEALTH: WYPR’s Fraser Smith and Bryan Sears of the Daily Record talk about the Board of Public Works’ decision to cut money from the state budget amid less-than-expected revenues. They also touch on why Comptroller Peter Franchot is urging both parties to talk more seriously about Maryland’s fiscal situation.

GUB CANDIDATE SEEKS TO OVERTURN PRIMARY: A Democratic candidate for governor is asking a court to overturn last month’s primary election results and name her the nominee for her party and award her $500,000 in damages, reports Bryan Sears for the Daily Record. Cindy Walsh, who is not an attorney but is representing herself, filed suit in Baltimore City Circuit Court seeking to have Lt. Gov. Anthony Brown, Attorney General Doug Gansler and Del. Heather Mizeur disqualified on the basis that the media and nonprofit organizations ignored and excluded her from events.

CURRY AS TRAILBLAZER: Josh Kurtz of Center Maryland pays tribute to the late Wayne Curry, suggesting that if the O’Malley-Brown ticket had been an O’Malley-Curry ticket, “How much more fun it would have been if Wayne Curry had been the statewide trailblazer, rather than Anthony Brown!”

AUDACITY OF KAMENETZ: The editorial board for the Sun addresses Baltimore County Executive Kevin Kamenetz attempts to give the state “in-kind” help only on its portion of the Red Line. He wrote a letter to Maryland Transportation Secretary Jim Smith indicating his displeasure with certain aspects of the proposed Red Line light rail project. He doesn’t want the county to contribute nearly as much as the state has proposed, and he wants the county’s portion of the 14-mile line to be built in an “early phase” of construction. But that doesn’t really capture the sheer audacity of the letter.

MORGAN BOARD VIOLATED OPEN MEETINGS LAW: Morgan State University’s Board of Regents violated the state open meetings law when it did not give proper notice of a hastily convened executive committee meeting, the Open Meetings Compliance Board found last week, writes Carrie Wells in the Sun. The executive committee, which met on Friday, May 2, posted notice of its meeting to the college’s website just one day before. The attorney for the regents said the meeting needed to be called quickly and that it took a few days to settle on a place and time.

ACTING LIKE HE’S RUNNING: As the political world holds its breath, awaiting a go or no-go announcement from Hillary Rodham Clinton, one Democratic presidential prospect is already campaigning. Although a final decision to go forward into 2016 may be months away, Gov. Martin O’Malley is making all the moves of a serious White House candidate: raising money, visiting early-voting states like Iowa and New Hampshire and traveling overseas to burnish his foreign policy credentials, as this story notes. Mark Barabak interviews O’Malley for this article, which appears in the Sun. 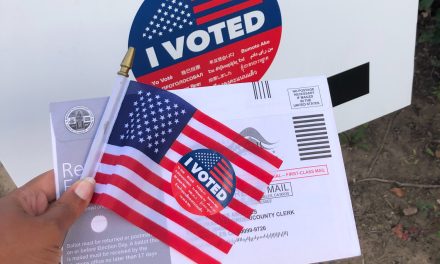