‘CARDS’ & COLTS: Attorney Thomas Maronick, writing in a Sun op-ed piece, defends the $15 million tax credit for the production of “House of Cards” plus the extra $3.5 million and derides Del. Bill Frick’s attempt to reel in the practice by comparing the possibility that the show could leave Maryland the Colts bolting the state in 1984.

O’MALLEY & WINDMILLS: A bill imposing a moratorium on the permitting and construction of an electricity-generating windmill project in Somerset County has yet to be signed by Gov. Martin O’Malley and one question remains—which way is he tilting? Nina Smith, an O’Malley spokeswoman, says that the governor was still mulling over the bill, reports Bryan Sears for the Daily Record. She declined to say what consideration would be taken into account when making the decision.

CONCUSSION DETECTION: CNS’s Max Bennett writes in the Cecil Whig that a House of Delegates bill that would have established a pilot program to add concussion sensors to football equipment at high schools throughout the state died in subcommittee this session without a vote. The bill would have required each county to select a high school that would equip all football players’ helmets with sensors to alert athletic staff of potentially concussion-inducing hits.

BRAVEBOY ENDORSED: Among items Nathan Sterner of WYPR-FM is reporting is that Prince George’s County Del. Aisha Braveboy picked up an endorsement from the 15 labor unions affiliated with the Washington, D.C., Building and Construction Trades Council. Last week, another union announced its support for Braveboy’s bid: the International Association of Fire Fighters Local 1619. Braveboy is vying to win th Democrat primary in the race for attorney general.

BLAMING BROWN: Tamieka Briscoe of CNS writes in the Cecil Whig that Maryland’s gubernatorial candidates may not agree on much – with the singular exception of the state’s troubled health insurance exchange. Many running for the state’s highest office called the rollout a “failure,” and most opponents pointed fingers at Lt. Gov. Anthony Brown, who was tasked with implementing the reform.

GANSLER ENDORSED: John Wagner of the Post reports that Attorney General Doug Gansler picked up an endorsement of his gubernatorial bid Thursday from the Coalition of Asian Pacific American Democrats of Maryland. “We all recognize Attorney General Doug Gansler’s outstanding track record of promoting diversity and fighting for a clean environment, for consumers and for victims of crimes and injustice,” the group’s co-chairs, Stan Tsai and Martin Ma, said in a statement that also expressed confidence in Gansler’s ability to create jobs and improve the economy.

ECONOMIC FORUM: The thousands of seats at Towson University’s basketball arena were not occupied by screaming fans Thursday evening, but by roughly 40 Baltimore locals, business owners and a  smattering of students, the audience for a forum with the three Democratic gubernatorial candidates, writes Jeremy Bauer-Wolf in the MarylandReporter.com. The sponsor, the Greater Baltimore Economic Forum, intended the forum to be a chance for both university and the surrounding community to scrutinize the candidates before the June 24 primary, but few students showed up.

HOGAN AS DONOR: Larry Hogan, a Republican running for governor, donated $25,000 through seven companies associated with his Annapolis-based Hogan Cos. and another $20,473 in in-kind donations including food, fuel and office supplies, writes Bryan Sears in the Daily Record. Additionally, Hogan personally loaned his campaign $100,000, making him the biggest single donor to his campaign.

BROWN KNOCKS GANSLER ON DEATH PENALTY: John Wagner of the Post reports that Lt. Gov. Anthony Brown on Thursday knocked Attorney General Doug Gansler for his past support of the death penalty during an appearance before a NAACP-sponsored candidates forum in Baltimore City.

HARRIS’S COFFERS: U.S. Rep. Andy Harris is miles ahead of challengers in fundraising for this year’s House election, reports Nicole Gaudiano in the Salisbury Daily Times. The Maryland Republican incumbent ended the first fundraising quarter of the year with $642,211, compared to $72 for Republican challenger Jonathan Goff of Harford County, who loaned his campaign $1,900, according to reports filed with the Federal Election Commission Tuesday. Goff filed to challenge Harris in February.

NEUMAN-SCHUH DEBATE: With their campaigns already busy trading barbs, Republican candidates for Anne Arundel county executive will participate in the first pre-primary debate next month. Incumbent County Executive Laura Neuman and Del. Steve Schuh will face off on the evening of May 12, reports Rema Rahman in the Annapolis Capital.

PANTELIDES’ TOUGH ROAD: Pamela Wood of the Sun reports that Annapolis Mayor Mike Pantelides thought winning election as a Republican in a Democrat-dominated city would be hard. Governing has been even tougher. In the five months since his 59-vote victory, Pantelides has dodged an effort to cut his powers, fired several staff members and accepted resignations from several more. He’s faced complaints about a lack of diversity in City Hall and endured a public flap after he was caught passing a profane note to an alderman. And that’s only the beginning.

CRACKDOWN ON DISTRACTED DRIVERS: Annapolis Police are looking for the telltale signs of a distracted driver: bobbing head as he looks down at his cellphone then back at the road; phone pressed to his ear; cellphone held out in front of him even while talking on a speaker. During Monday’s detail, police issued 66 citations and nine warnings and made three arrests. That brought the total for the month to 172 citations, 26 warnings and five arrests, reports Ben Weathers in the Annapolis Capital.

PG COUNCIL OK’S MGM ZONING: Despite pleas from residents who voiced concern that the planned $925 million MGM casino at National Harbor would negatively impact their community, the Prince George’s County Council voted 7-1 Tuesday to pass a zoning bill authorizing the gaming facility approved by Maryland voters in a 2012 referendum, reports Alice Popovici for the Gazette. 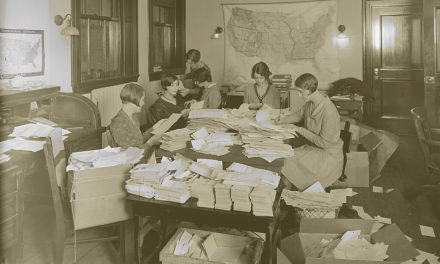