Grappling with the issue of affordability in higher education, lawmakers are taking suggestions and drafting legislation to ease the financial burden Maryland college students face.

Members of the Senate Education, Business and Administration Subcommittee and the House Education and Economic Development Subcommittee  heard Monday from administrators from institutions across the state as well as representatives from the Maryland Higher Education Commission (MHEC).

MHEC officials said they hope to alleviate costs and increase retention and graduation rates. A key mission involves catering to low-income students by teaching them about available federal aid.

In fiscal 2012, MHEC estimated that among the state’s two-year institutions, only 54% of students submitted the Free Application for Federal Student Aid — commonly known as FAFSA.  This number was only slightly higher – 61% — for students at four-year colleges and universities.

Total financial need for students in fiscal 2012, as measured by FAFSA applications that the higher ed commission reviewed, totaled $3.2 billion. Loans —  from all sources — encompassed 21% of that need, and federal assistance covered only 12%. Roughly 58% of those students’ needs went unmet, but they still enrolled in school.

“We at MHEC strongly agree with a recommendation to work collaboratively with our institutions, but we would also work with our high schools to ensure that more students are completing their FAFSAs and are doing so in a timely fashion,” said Danette Howard, secretary of Higher Education. Howard was referring to federal, state and college deadlines for filing for financial aid.

“There is room to bolster and improve our outreach efforts, and I think we could actually see a significant return on that investment,” she said.

Howard also said that the level of financial aid a student receives can be a factor in that student remaining in school.

“But I wouldn’t say we should give a full ride to everyone,” she said. “We need to do it in a very strategic way.”

Del. Mary Washington, a Baltimore City Democrat, broached the idea of targeting high school students who are on free and reduced lunches for filling out FAFSAs. But Howard said this would be difficult since students often need to ask their parents for tax and income information.

Most, if not all, aid forms are also electronic, Howard said, though Washington suggested sending out a mailed letter to parents moving forward.

“I would urge the General Assembly, working with higher education and the governor, (to phase) in a program of much higher funding for need-based aid in the next budget,” Kirwan said.

Senate subcommittee chair Richard Madaleno, D-Montgomery County, noted, however, that all in-state students within the University System of Maryland are subsidized, and thus receive a discounted tuition rate, a point Kirwan conceded.

Mike Lurie, spokesman with the USM, said that the state supplements funds for in-state USM students to make it more affordable. In an email, Lurie said that out-of-state students pay for “the full cost of education.”

No one has developed a concrete solution moving forward. MHEC, in its 2013 state plan, says broadly that the organization’s goal is college “access, affordability and completion” for students.

Legislation sponsored by Madaleno – SB 626 – would force the USM Board of Regents to study the feasibility of a tuition freeze or a Maryland pilot version of the Pay It Forward Program, a controversial lending system approved by the Oregon legislature in July 2013.

Under PIF, students would not pay tuition up front but rather pay a fixed percentage of their adjusted gross income for a set amount of time after graduation.

Other options on the table, though none is close to fruition, would involve a student loan repayment program and a loan forgiveness program, similar to federal initiatives. 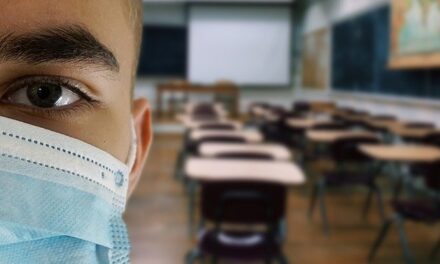