The New Year starts on a positive note for Gov. Martin O’Malley. After years of depressing budget shortfalls and an achingly slow economic recovery, the governor received good news from the Board of Revenue Estimates (BRE) and the state’s Spending Affordability Committee.

The bottom line: Maryland’s budget picture is brightening just as O’Malley prepares in another week to unveil his final spending plan as governor.

But there are cautionary notes attached to those reports warning of risks ahead, especially the unpredictable gridlock in Congress that could lead to a financial crisis over raising the nation’s debt ceiling. Still, the BRE reports “a rising possibility of stronger, more sustainable growth in 2014 and beyond.”

The state’s unemployment rate has dropped to 6.4% and is expected to continue inching downward.

Housing starts are projected to rise 14% this year and 26% in 2015. Casino revenues should rise 28% to over $1 billion, thanks to the fall opening of Horseshoe Casino Baltimore.

All this prompted the revenue board to project a 4.6% increase in state receipts, which in turn led the legislature’s spending commission to recommend 4% growth in Maryland’s general fund budget.

Will O’Malley use this good news to launch a new spending spree that cements his liberal legacy — and helps his national ambitions? Or will he heed the warning signs and plot an incremental course that doesn’t handicap the next governor?

How other governors acted

There are precedents for O’Malley to consider. Gov. Parris Glendening ignored urgent appeals in 2002 from Lt. Gov. Kathleen Kennedy Townsend to make cuts in his final budget and start closing a projected $1.8 billion deficit.

“Leaving the deficit unsolved further complicated the charge that this government was fiscally irresponsible,” noted Del. Pete Rawlings, the late House Appropriations Committee chairman, in hindsight. It was a major factor in Townsend’s electoral defeat that fall.

On the other hand, Republican Gov. Bob Ehrlich accumulated a $2 billion surplus in the last budget of his term. He hoped to use this as a cushion in his second term.

Of course Ehrlich ended up losing to O’Malley in 2006, giving the new Democratic governor a windfall he happily spent.

Years later it is clear that it would have been better to conserve that money for later use as state revenues plunged off the fiscal cliff during the Great Recession.

Here’s why O’Malley and legislators would be wise to take a “go slow” approach in the next budget.

Most troubling are new costs.

Ballooning, unbudgeted Medicaid bills ($200 million) could grow further due to unexpected fallout from the disastrous start of Obamacare in Maryland.

The state also must contend with soaring debt costs ($150 million) as the governor continues to push for a higher borrowing capacity, and delayed salary increases ($190 million).

O’Malley also should recognize that his chosen successor, Lt. Gov. Anthony Brown, has made a string of expensive campaign promises that cannot be met if O’Malley lets the state budget spins out of control.

Will he follow Glendening’s example and choose reputation-building over responsible budgeting? Or will O’Malley look to Ehrlich’s example and moderate his spending plans so as to leave a manageable budget situation for the next governor?

Those fiscal decisions will tell us a lot about O’Malley’s character as he concludes his term and prepares for entry onto the national political campaign scene. 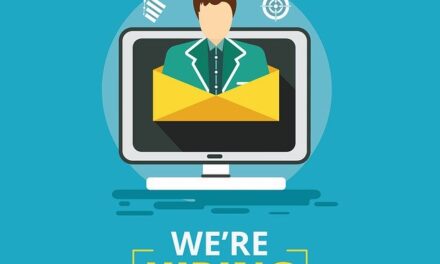 Maryland unemployment drops to lowest since beginning of pandemic