Heather Lynette Sinclair led the fight to make sexual abuse of mental health clients a crime. She was successful in establishing a civil requirement for therapist background checks.

After a difficult few months of fighting to pass Lynette’s Law — a bill to prohibit sexual abuse by therapists — Heather Lynette Sinclair and bill co-sponsors got less than half of what they wanted.

Of the two bills they sought, only HB 56, a civil initiative requiring background checks for mental health therapists and counselors, was passed just days before the 2013 session came to a close.

Its partner bill, HB 60, to make sexual abuse of mental health clients a crime, was never given a vote in the Senate Judicial Proceedings Committee.

“The committee has a lot of concerns with the bill,” said Sen. Brian Frosh, chair of the committee. “You’re talking about any therapist — anybody who falls in that category — runs the risk of losing their license if they have any form of intimate contact with their client. That’s a pretty severe consequence.”

Frosh also brought up the issue of age and consent. Whether an emotionally vulnerable client could ever truly consent — regardless of age — was a point of contention, and Frosh was concerned about making sexual relations between consenting adults a crime.

Therapist board benefits from fine fees

Supporters of the bill are crying foul after a late discovery that the Board of Professional Counselors and Therapists — the bill’s primary opposition — had more to lose than its authority.

The board can collect fines of up to $10,000 from a therapist found in violation of the code of ethics.

“They’re actually making money now, and they wouldn’t be able to do that if they made it a crime,” said Del. Michael Smigiel, R-Cecil, who sponsored both bills. “It gives the public appearance that [the board] would rather fine the sex offenders who are having sex with their clients than punish them criminally.”

Representatives of the board could not be reached for comment Monday evening before the Maryland General Assembly adjourned its annual session at midnight.

The General Assembly has killed similar bills in the past, and ignored the recommendations of a task force to take action to tighten up disciplinary process in the mental health field.

“After reading that, I’m not so sure that this legislation — no matter how it’s drafted — will ever be successful,” said Sinclair.

Throughout the legislative process, Sinclair was painfully aware of how strongly the board was lobbying senators and delegates against the bill.

“The chair of the board was going up to committee members and telling them that this was a personal issue for me and that I was a rare case,” said Sinclair. “She was trying to make it sound like I was the only one out there [who had experienced therapy abuse], but I’m not. I’m the face of thousands of others just like me.”

For now, Sinclair has decided to take a step back from the legislative process, and is looking at other ways to provide support for victims of therapy abuse.

“Just this past week three more women came forward — in Maryland — to talk to me about their experiences with [therapist abuse],” said Sinclair. “I think I’m going to start a support group so that they will at least have some form of help. I think we’re just going to group together and try to help each other as much as we can.”

Delegate will bring back bill

Smigiel, however, was deeply impacted by Sinclair’s story of abuse and said he will push the cause next year.

“Heather has done a phenomenal job,” Smigiel said. “She’s taken quite a blow emotionally because she was very invested in this and it’s very hard. Hopefully with a little time off, she’ll get her gumption back up. Regardless, I’m going to fight the battle until it’s over.” 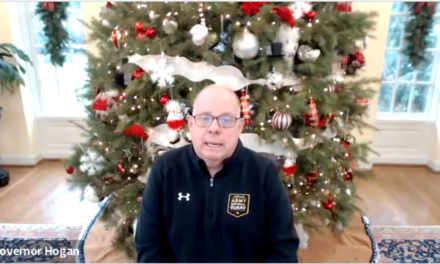 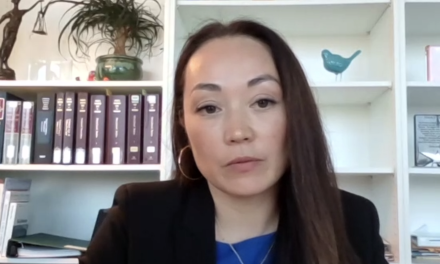