GUN CONTROL MOVES FORWARD: The House of Delegates gave preliminary approval to its version of Gov. Martin O’Malley’s gun control bill Tuesday night after defeating scores of amendments that attempted to weaken it, Erin Cox reports for the Sun.

Suggested changes targeted two of the most hotly contested portions of the bill that supporters say will combat gun violence across the state. Del. Michael Hough asserted that the legislation will create a “de facto ban on buying a handgun” because the state doesn’t have the resources to process and issue new licenses. Del. Kathy Afzali urged her colleagues not to ban the AR-15, a lightweight rifle that she said is ideal for petite women who want to protect themselves.

An AP story in the Daily Record reports that the House also rejected a proposed change that would have eliminated parole or probation for people convicted of committing a crime with a gun, forcing them to serve their entire sentences.

The Democratic majority shot down so many amendments that House Minority Leader Anthony O’Donnell questioned whether they’d been given marching orders, writes Andy Brownfield for the Washington Examiner.

Aaron Davis of the Post writes that several key changes to the legislation are forcing advocates to make a choice during the last week of the session: Should they be happy getting most of what they want, or should they push for further measures that could risk passage of the entire bill?

If the bill is passed by the House, as expected, a House-Senate conference committee will have to work out differences in the House and Senate versions of the bill by April 8, the scheduled last day of the General Assembly’s 90-day session, Alex Jackson reports for the Capital-Gazette.

GUN CENTER: Gov. O’Malley is asking for $4.6 million in his supplemental budget to create a “Gun Center” that would help police implement new gun restrictions expected to pass the legislature as soon as Wednesday, reports Andy Brownfield of the Washington Examiner.

TRANSIT BILL & BUILDING INDUSTRY: For Maryland’s building industry, the good times may be coming back, writes Michael Dresser for the Sun. Much to the chagrin of many Maryland motorists, the General Assembly has approved legislation to charge hundreds of millions of dollars a year in additional gas taxes — money that will build new roads and transit systems.

Michele Whelley, of the Central Maryland Transportation, joins Damian O’Doherty of Center Maryland to explain the significance of the recently passed transportation infrastructure bill and the opportunity it brings to the MARC Train.

AG CERTAINTY: Environmentalists continue to disagree over a bill that would exempt some farmers from new pollution rules for 10 years, reports Pamela Wood for the Capital-Gazette. Farmers who sign up for the so-called “ag certainty” program would subject themselves to more inspections and paperwork to prove that they are properly caring for their land and preventing pollution. In exchange, they wouldn’t have to comply with any new local or state pollution rules for 10 years.

Kaustuv Basu of the Hagerstown Herald Mail reports that Alison Prost, of the Chesapeake Bay Foundation, which supports the bill, said the program is voluntary, and for 10 years, farmers “will have flexibility and will not have to comply with any new laws that come on board.”

PAPER MILL BILL: A bill supported by environmental organizations that carved out an important exception for the Luke paper mill is struggling after being rejected by a House committee, writes Matthew Bieniek for the Cumberland Times-News. While the bill remains alive in the Senate, the prognosis for final passage is uncertain.

SPEED CAMERAS: With just six days left in the General Assembly session, a House of Delegates committee is expected to vote Wednesday on a bill that would increase oversight of speed camera programs in Maryland, tighten rules on camera placement and more clearly bar government contracts that pay vendors on a per-ticket basis, Scott Calvert of the Sun writes.

Support independent coverage of state government and politics by contributing to MarylandReporter.com.

CURRICULUM CHANGES: Jim Bach of the Diamondback reports that public K-12 schools and higher education could see sweeping curriculum changes as lawmakers in Annapolis consider a bill aimed at bolstering the number of college graduates in the state.

TU, BASEBALL & O’MALLEY: Alexander Pyles of the Daily Record reports that state fiscal analysts are recommending that the General Assembly mandate Towson University repay the $300,000 allocation from the state within five years, even though it was put in the supplemental budget as a grant.

The Sun editorial board blasts Gov. O’Malley for giving Towson University $300,000 to continue its baseball program for the next two years, writing that he has temporarily solved one problem and created a multitude of others.

Who got to Gov. O’Malley about the Towson University baseball program? asks Len Lazarick in a Maryland Reporter blog. And why did he offer $300,000 to save it?

FILM PRODUCTION: An emergency bill expanding existing tax credits for film and TV production from $7.5 million to $25 million passed in the House of Delegates Tuesday, 108 votes to 31, writes Becca Heller in MarylandReporter.com. The bill, which passed passed the Senate unanimously and now heads to the governor’s desk, sparked debate on the House floor as several Republican delegates expressed staunch opposition to the initiative.

CAMPAIGN FINANCE REFORM: The Senate gave its preliminary approval Tuesday to a comprehensive campaign finance reform bill after refusing to strip out a provision letting counties set up their own public-financing systems, writes Michael Dresser for the Sun.

WARRANTS & REFUNDS: The General Assembly has granted a five-year extension for a program allowing the state to withhold tax refunds from Anne Arundel County residents with outstanding warrants, Alex Jackson of the Capital-Gazette writes.

AID TO WASHINGTON CO.: Gov. O’ Malley’s supplemental budget includes $6.4 million in additional money for a state-based disparity grant, about $1.55 million of which is likely to come to Washington County’s general fund, reports Kaustuv Basu for the Hagerstown Herald-Mail. The supplemental budget also sets aside $100,000 for a downtown redevelopment study for Hagerstown. 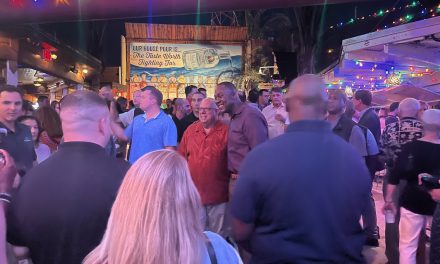