HOGAN DIAGNOSED WITH CANCER: Gov. Larry Hogan, 59, said his cancer was diagnosed in a late stage after he felt a lump in his neck while shaving, a typical scenario for those with the disease. After testing, 20 to 30 more masses were discovered in his neck, chest, abdomen, groin area and near his spinal column, reports Meredith Cohn, Scott Dance and Andrea McDaniels in the Sun.

REACTION: Zach Kram of the Daily Record gathers reaction to Hogan’s news, from both sides of the political spectrum and across several media platforms.

ON THIS CANCER: Brandi Bottalico and Theresa Winslow of the Annapolis Capital speak to experts who explain what non-Hodgkins lymphoma is.

RUTHERFORD IN SPOTLIGHT: John Fritze of the Sun writes that Boyd Rutherford was shocked when he got a call more than a year ago from a little-known Republican businessman who was mounting an improbable campaign for governor. The man on the other end of the line, Larry Hogan, wanted to know whether Rutherford would be his running mate in a statewide campaign almost no one thought was winnable. Once again, the 58-year-old Rutherford will be thrust into the spotlight unexpectedly, as Hogan undergoes weeks of treatment, including chemotherapy, and recovery.

JAIL POLICY PANEL MEETS: A panel tasked with finding ways to reduce incarceration and recidivism began its work Monday by hearing how other states have changed sentencing policies to help control correction costs, Ovetta Wiggins reports in the Post.

MTA FARES: Kelsi Loos of the Frederick News Post writes that Maryland Transit Administration fares will increase Thursday, but MARC commuters could get a deal on a new five-day-a-week pass.MARC one-way trips will increase $1, and commuter bus fares will increase as little as 25 cents and as much as $1.25, depending on the length of the trip.

AND THEN THERE’S THAT SONG: Former Gov. Martin O’Malley, who has sought to draw attention to his presidential bid by urging South Carolina to retire the Confederate battle flag, presided over a state for eight years whose official song expresses Confederate sympathies, John Wagner of the Post reports.

MATTHEWS ON MSNBC COVERAGE OF MATTHEWS: Back in March, Lloyd Grove of the Daily Beast wrote that MSNBC host Chris Matthews said he had the strongest belief in wife Kathleen’s judgment and values, and if she runs for office her campaign will be covered fairly by the network. Six years ago, Chris Matthews briefly flirted with running for public office—a Senate seat from his native Pennsylvania—and then quickly dropped the idea. But now it looks like his wife, Kathleen, might actually take the plunge.

VAN HOLLEN SUPPORT WIDENS: Another top Democrat has endorsed Rep. Chris Van Hollen in Maryland’s U.S. Senate primary, a signal that his support within the party’s establishment may trump Rep. Donna Edwards’ appeal in her home county and perhaps among some female and black voters. State Sen. Joanne C. Benson on Monday introduced Van Hollen, who is white, to a group of 150 mostly African American retirees whose support she counts on in her own campaigns, reports Arelis Hernandez and Rachel Weiner for the Post.

SCHUH SURGERY: Arundel County Executive Steve Schuh will be out of the office Wednesday for rotator cuff surgery, Cindy Huang reports for the Annapolis Capital. He will be conducting county business by phone and email, according to spokesman Owen McEvoy. “I can’t raise my arm very well,” Schuh said. 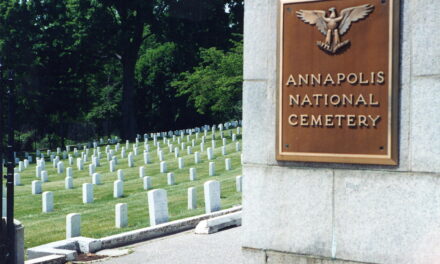