CELEBRATING THE RAVENS: It’s going to be the Ravens’ Day, even for state legislators. John Wagner of the Post is reporting that both the House and Senate will convene earlier than the usual 10 a.m. (or so) with hopes of wrapping up legislative business in time for members to get from Annapolis to Baltimore to see the Super Bowl champions.

GUN FIGHT: An Eastern Shore Republican, twice named legislator of the year by a gun rights group, has over the years put an assault-style weapon into the hands of more than a dozen lawmakers on a private shooting range, hoping they will vote for gun rights if they are more familiar with firearms, Erin Cox of the Sun reports. Meanwhile a dormant gun control group called Marylanders To Prevent Gun Violence has been resurrected.

MILLER TRANSIT PLAN: Senate President Mike Miller introduced his transportation funding plan last night, including a new 3% sales tax on gas paid at the wholesale level and giving local jurisdictions the ability to add as much as 5 cents to the state’s existing 23.5-cents-a-gallon gas tax to pay for local road and transit projects, Alex Jackson reports in the Capital-Gazette.

TRANSPORTATION FUND: The state transportation secretary got an earful from Republican delegates on the Appropriations Committee Friday who wanted to know how much transportation funding had really been diverted to other programs and questioned why more transportation money was spent on mass transit than on public roads this year, writes Ilana Kowarski for MarylandReporter.com.

SPEED CAMERAS: Elisha Sauers, reporting in the Capital-Gazette, writes that as the debate over speed cameras heats up in the General Assembly, the city of Annapolis could find a recent contract to institute them is voided.

SCOOTER LAW: Since passage of the law that requires a driver’s license to operate a moped or motor scooter, Del. Pamela Beidle has heard some concerns from police officers about a loophole in the law that doesn’t specify that the license needs to be valid, reports Jennifer Shutt in the Salisbury Daily Times.

WINDED WIND PROPOSAL: After years of trying, Gov. O’Malley is poised to win approval from state lawmakers in the coming weeks for a field of towering windmills in the Atlantic Ocean, reports Aaron Davis in the Post. But the tortured process of garnering support has left a project so small — one able to generate just half the energy of a single power plant — that developers and banks probably won’t take the financial risk, experts predict.

POLLUTION FINES: Pamela Wood of the Capital Gazette is reporting that some state lawmakers want to make sure water pollution fines go to environmental projects, not overhead and salaries at MDE, following a report in the Capital Gazette last summer that found the majority of money in the Maryland Clean Water Fund goes to salaries and overhead at the Maryland Department of the Environment.

ICC SPEED LIMIT HIKE: Liz Essley of the Washington Examiner is reporting that state officials announced yesterday that the speed limit on Maryland’s Intercounty Connector will be raised from 55 mph to 60 mph March 31.

MCCONKEY ETHICS RECOMMENDATION: A legislative ethics committee has recommended a reprimand for an Anne Arundel County lawmaker it said lobbied and voted for a measure that would make it easier for him to regain his real estate license, Erin Cox and Michael Dresser of the Sun are reporting.

Del. Tony McConkey last year authored, voted for and saw passage by the House of Delegates of a measure that could have helped reinstate his real estate license, which he lost in 2010 after the state determined he had preyed on homeowners in foreclosure, reports the Post’s Aaron Davis. It also would have reduced fees and penalties he owes to the state by several thousand dollars.

The panel also recommended the House consider asking McConkey to make a public apology to “acknowledge and express his conduct and the dishonor he has brought to the Maryland General Assembly,” writes Alex Jackson in the Capital-Gazette.

BURNS ETHICS RECOMMENDATION: The Post’s John Wagner reports that a legislative ethics committee has found that Del. Emmett Burns, who used his official stationary to try to silence a Baltimore Ravens player who supports same-sex marriage, committed a “particularly egregious abuse of public resources,” but because he has already apologized for the episode, there is no need for disciplinary action.

REPLACING LEOPOLD: As Republicans jockey to serve out John Leopold’s term as Anne Arundel County executive, which would give them a leg up in winning in the next election, the council may serve the county best by leaving the acting county executive in place, opines the editorial board for the Sun.

Josh Kurtz of Center Maryland also speculates on how Leopold will be replaced and who should take the reins.

DUNCAN’S LINEUP: After six years on the political sidelines by Douglas Duncan, most of the former Montgomery County executive’s political allies have moved on to different careers, but as Duncan moves forward with a 2014 bid for his old job, he says to expect to see fresh faces by his side, including his son, Kate Alexander writes in the Gazette. 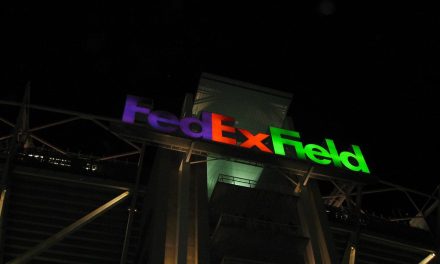