This bipartisan legislation, HB331, has 18 co-sponsors, including House Majority Leader Kumar Barve and 10 other Democrats and Minority Leader Tony O’Donnell and six other Republicans.

Barve said that Morhaim’s bill was a no-brainer.  “Why wouldn’t you support it?” he said, adding that government transparency was an “important issue” to address in this legislative session.

Morhaim has said that financial penalties were necessary to increase compliance with the board’s rulings, which “tend to be ignored” by government officials since the board does not have the power to punish anyone.

When the board discovers the closure of a public meeting, the only thing it can do is to censure those responsible and write letters asking them to reform.  If that does not work, then the burden of enforcement rests on citizens excluded from public meetings, who must sue if they wish to challenge the legitimacy of policies created behind closed doors.

For decades, journalists and citzen activists have protested this state of affairs, but the Open Meetings Compliance Board has remained with no enforcement powers since its creation in 1991, when counties, municipalities and school boards came out in opposition to penalties for meeting closures.

Morhaim’s bill has the potential to change that.  If the bill passes, secretive public bodies could be fined as much as $10,000 for violations of the Open Meetings Act, a law which stipulates that anyone can attend and record a public meeting. 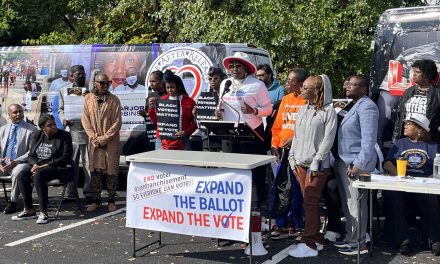