FBI MOVE: The FBI would move out of the J. Edgar Hoover Building on Pennsylvania Avenue and relocate to a new Washington-area campus facility under a plan by the General Services Administration, writes Jonathan O’Connell in the Post. Elected leaders in D.C., Maryland and Virginia have all floated possible sites in their jurisdictions months before the GSA even began its search.

$100,000 IN EXEC PROTECTION: The Maryland State Police spent nearly $100,000 on out-of-state travel to provide executive protection services for the politically ambitious Gov. O’Malley during the first nine months of the year, reports John Wagner in the Post. The 26 trips included many in which O’Malley traveled as DGA chair or to raise out-of-state money for Maryland ballot measures on same-sex sex marriage and immigrant tuition rates.

O’MALLEY’S NEW DGA ROLE: Vermont Gov. Peter Shumlin, who today is expected to take over as head of the Democratic Governors Association from Maryland Gov. Martin O’Malley, said his fundraising role with the organization would be limited, since he’d requested that O’Malley act as finance chair for the group, which traditionally solicits money from major corporations, Nat Rudarakanchana writes for VTDigger.com.

IF O’MALLEY RUNS: As Gov. Martin O’Malley prepares to run for president in 2016, a cottage industry is about to bloom. They may not realize it yet, but if O’Malley runs for president, his critics are going to run right alongside him, writes Josh Kurtz for Center Maryland. They’ll inevitably attract attention from national reporters and pundits looking to examine O’Malley’s record — especially from those searching for blemishes. It won’t be pretty.

GAY WEDDING LICENSES: Gay couples who want to get married in Frederick County could be able to file for licenses as early as Thursday, Danielle Gaines reports in the Frederick News-Post.

ALSTON REPLACEMENT: It could come down to the definitions of the words: “shall” and “duty,” as Gov. O’Malley struggles to avoid appointing a Prince George’s man with a criminal history to a delegate seat. O’Malley is insisting that the state constitution does not compel him to put Greg Hall in the post vacated by Del. Tiffany Alston. But, writes Miranda Spivack in the Post, Hall sees it much differently.

GAMBLE & SPEND: Penn National Gaming was a $44 million loser in its bid to block expanded gambling in last month’s election, but it came out on top in terms of its spending locally, writes Michael Dresser in the Sun.

FISCAL CLIFF & MARYLAND: Roosevelt Leftwich of WMAR-TV interviews Towson University economist Darius Irani about what would happen to Maryland should the federal government fall over the “fiscal cliff.”

NO FISCAL CLIFF FOR BACO: The possible fall over the so-called federal government fiscal cliff will have little affect on Baltimore County, according to Baltimore County Executive Kevin Kamenetz, who said during an interview with WBAL-TV, “Fortunately for us, less than 10% of our employment base is federal.” Bryan Sears of Patch.com writes the story.

GOP UNITY: State GOP leaders tried to keep the focus on unity, rather than infighting and finger-pointing, at the party’s convention this past weekend in Ellicott City, reports Daniel Leaderman in the Gazette.

UM MOVE TO BIG TEN: The University of Maryland’s big and expensive move from the ACC to the Big Ten is being met with a lot of resistance, from fans to alumni. Dan Rodricks of WYPR-FM examines the controversial move with WYPR’s sports-at-large commentator (and UM alumnus) Milton Kent.

JUDGE APPOINTED: Longtime U.S. Magistrate Judge Paul Grimm was promoted to a U.S. District Court judgeship in Maryland by a nearly unanimous confirmation vote in the U.S. Senate yesterday despite a backlog of nominations that has left dozens of vacancies on the federal bench, John Fritze reports in the Sun.

CECIL GETS CHARTER GOVT: Cheryl Mattix of the Cecil Whig reports that more than 200 citizens witnessed history yesterday as Cecil County ushered in charter government after 339 years of commissioner-style governing with the swearing in of Tari Moore as Cecil’s first county executive.

In the meantime, Mattix also reports for the Cecil Whig, hours after Moore was sworn in, two of her former board of commissioners’ colleagues condemned her decision to drop her Republican Party affiliation last week.

Here’s a photo gallery of the events, and video of Moore’s swearing in and speech.

DUNCAN’S RETURN: John Fritze of the Sun reports that former Montgomery County Executive Doug Duncan’s decision to run for his old seat after a six-year hiatus has changed the political landscape of the state’s largest county even as critics argue that new demographics could present a big hurdle to his comeback.

HOWARD DEVELOPMENT LAW: The Howard County Council has approved controversial legislation aimed at protecting rural land from development, but the vote may prompt County Executive Ken Ulman, who said the bill was not strong enough, to veto council legislation for the first time in his six-year tenure, according to a Sun story.

Jones, a criminal defense attorney, declined to comment last week, reports Allison Bourg of the Capital-Gazette. His hearing happened less than two weeks after he learned he can practice law in the state again.

OPEN MEETINGS: The biggest problem with the Open Meetings Act is the lack of any penalty for public bodies that violate the law, Len Lazarick writes. That is the most frequently cited issue in dozens of responses MarylandReporter.com received when it requested comments about problems with Open Meetings law back in October. 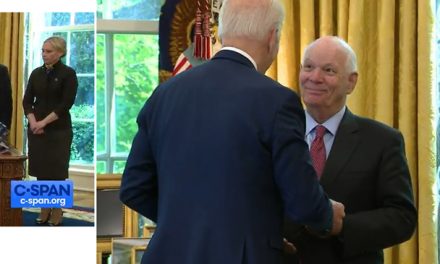