Commentary: Open Meetings board is a quiet watchdog with no bite

The Capital Debt Affordability Committee held a meeting without public notice several weeks ago to look at a proposal for $750 million in new debt, and then scheduled a follow-up meeting, again with no required public notice.

I wrote a story about the meetings, and noted the failure of the debt committee to comply with the Open Meetings Act, but I did not file a complaint with the compliance board that enforces the act.

After the story came out, an anonymous reader named Shelly called, and asked why I had not filed a complaint with the board.

Board has little power

The principal reason was that the board has little power to do anything about violations, and that’s what I’d like to tell a hearing today on the Open Meetings Act, which will be held by the legislature’s Joint Committee on Transparency and Open Government.

After a complaint, the board at most would write a letter to State Treasurer Nancy Kopp, who chairs the debt committee, telling her that the committee had violated the law and needed to post public notice of its meetings. And that would be that: The board has no power to punish public officials for failing to follow the Open Meetings Act. Officials can in fact violate the act over and over, and nothing will happen unless a citizen chooses to file a lawsuit, and then it is not clear what a judge might do.

In this case, Kopp and her staff acknowledged their mistake immediately, and promptly posted a notice of the second meeting when it was brought to their attention. Kopp even personally apologized at the second meeting for not publicizing the earlier meeting.

Shelly fully understood why I hadn’t bothered to file a complaint. She had filed complaints in the past and gotten little satisfaction.

Flaws in the Open Meetings Act

The problem lies with some fundamental flaws that have existed in Maryland’s Open Meetings Act for decades. I am keenly aware of these flaws because as managing editor of Patuxent Publishing in 1990, I and two other editors served on a legislative task force that rewrote the act.

After much wrangling with the associations representing county and municipal officials and boards of education, who thought our proposals went too far, the legislature finally passed a compromise bill, and Gov. William Donald Schaefer signed it. We made a lot of improvements to the law, narrowing exceptions and in particular closing a huge loophole that allowed a public body to close a meeting if they thought it was in the “public interest.”

One of the most important changes was the creation of the Open Meetings Compliance Board, giving citizens a way to complain when public bodies find ways to avoid doing the public’s business in public.

The changes were so impressive that the national Society of Professional Journalists gave me and the two other managing editors – Tom Marquardt of the Capital and Jim Keat of the Sun – a First Amendment award for our efforts.

To his credit, Schaefer took the compliance board seriously enough that he named the legendary Walter Sondheim as its first chairman, giving it instant credibility.

Within a year or two, it was clear we editors had achieved less than we hoped. Yes, there was more openness, fewer reasons to close a meeting and a new manual produced by one of Attorney General Joe Curran’s chief deputies that helped officials and members of public bodies observe the law. Across the state, notices of meetings were being published, and when officials decided they needed to close a meeting – to handle real estate transactions or personnel issues, for instance – they were keeping minutes of what happened.

The compliance board was actively handling complaints, but the journalists and citizens groups who fought for the changes had been unable to put any real teeth in the board’s enforcement. The compliance board could give guidance and scold bodies that broke the law, but it could not punish them. The only real penalty was embarrassment, and embarrassment is not enough to open meetings that officials want to hold behind closed doors.

The General Assembly that passed the Open Meetings Act does not always follow it. For instance, in response to a complaint from Marquardt two years ago, the compliance board ruled that all the standing committees of the legislature were violating the act by not keeping minutes of their actions. As best I can tell, the committees have done nothing to comply with that ruling.

Time to review the law

But more than 20 years after its last major revision, it’s time for a complete review of the Open Meetings Act and its effectiveness at keeping the public’s business public.  The compliance board needs to be revitalized and given more power and a budget. At present, the terms of two of its three members expired two years ago, and one of them has now served for 13 years.  The board needs some fresh blood.

There will always be ways for public officials to make decisions in private. State and local lawmakers will always be looking to make backroom deals. But we need to find ways to discourage these practices beyond embarrassment and scolding by a weak board. 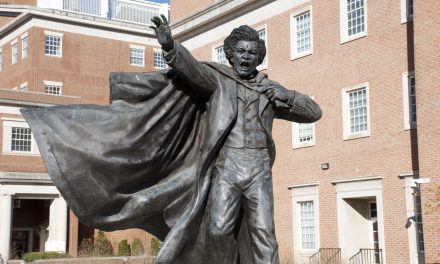