WMAR’s Christian Schaffer has a video report about the conference and the start of the gay marriage debate in the Senate next week.

BROWN PUSHES TOBACCO TAX: Lt. Gov. Anthony Brown joined health advocates to encourage increasing the tobacco tax on cigars and other products that are not cigarettes, reports Greg Masters for The Post.

SENATE GETS BIPARTISAN: Democratic and Republican Senate leaders unveiled five bills that are being sponsored by members on both sides of the political aisle, reports The Post’s John Wagner.

One of these bills, which would be welcomed by the agricultural community, would exempt the first $5 million of a family farm from estate taxes, writes The Frederick News-Post’s Bethany Rodgers. The Daily Record’s Nick Sohr blogs about this tax break.

Other bipartisan legislation is summarized in an AP story by Brian Witte appearing in The Herald-Mail.

WBAL TV’s David Collins has a video report on the bills. WYPR’s Joel McCord has audio.

Maryland Juice posts the Bar Association’s statement on the endorsement.

DREAM ACT IN COURT: An Anne Arundel County Circuit Judge will hear arguments today in the case trying to stop a law granting in-state tuition to some illegal immigrants from going to referendum in November, reports Robert Lang from WBAL.

PUBLIC DEFENDERS: After hearing about the high price tag it would carry, lawmakers have drafted emergency legislation to reverse a Maryland Court of Appeals decision requiring that public defenders be present for thousands of bail hearings for indigent defendant in front of district court commissioners, reports The Sun’s Tricia Bishop.

Complying with the law would cost the state more than $100 million, reports Dan Menefee of MarylandReporter.com.

WAR ON RURAL MARYLAND: Senate Minority Leader E.J. Pipkin briefed members of the General Assembly’s Rural Caucus on PlanMaryland and other measures that he says constitute a “war on rural Maryland,” reports Andrew Schotz of the Herald-Mail.

FLUSH TAX: Increasing the flush tax based on water consumption could triple what some Marylanders in homes with water service pay, reports Daniel Menefee of MarylandReporter.com.

CONSTRUCTION INDUSTRY: The potential of new taxes and new regulations are creating a climate of uncertainty among homebuilders, representatives from the building industry told a House of Delegates committee. WBAL TV’s David Collins has a report on it.

CHICKEN FEED: A bill that would institute a statewide ban on potentially hazardous chemicals in chicken feed has farmers crying foul, saying the state might be better off leaving regulation to the federal government, reports Sarah Lake of the Salisbury Daily Times.

FARM BREWERIES: Sen. Barry Glassman plans to sponsor a bill that would allow for a limited brewery license for farms hoping to create craft breweries, reports the Cecil Whig.

REFORM FINANCIAL DISCLOSURES: An editorial in The Daily Record urges the General Assembly to reform its outdated and impractical financial disclosure system, which makes the records only available on paper and only available in Annapolis.

CHARTER SCHOOLS: As National School Choice Week comes to a close, Megan Poinski of MarylandReporter.com takes a look at charter schools in Maryland.

MARCELLUS SHALE: The governor’s Marcellus Shale Advisory Committee will be presenting their findings so far this afternoon in Annapolis, reports the Cumberland Times-News’ Matthew Bieniek.

WBFF’s John Rydell has a video report on the proposal.

SPECIAL GUEST STAR: Actor Charles Dutton, returning to Maryland to promote the arts in poor communities, appeared in the House of Delegates on Thursday, reports Dan Menefee of MarylandReporter.com. And Len Lazarick of MarylandReporter.com writes about some unlikely alliances in the Senate’s highly touted bipartisan legislation.

PRIVACY BREECH: The University System of Maryland until recently had been storing information, including Social Security numbers, of thousands of prospective students on a server that the public can access, according to an audit, writes Andrew Ujifusa in the Gazette.

SOCIAL MEDIA HARRASSMENT: Several bills in the General Assembly take aim at threatening personal messages sent via popular social media, such as Twitter and Facebook, Steve Kelly reports in the Gazette. The measures would expand the definition of criminal harassment to include text messaging and other forms of electronic communication.

OFFICIAL BRIBERY: Senate Judicial Proceedings Chairman Brian Frosh has filed legislation that would allow for lawmakers to be prosecuted if they are charged with seeking or taking bribes related to their official duties, reports Margie Hyslop in the Gazette.

TAX RATES: Sen. Roger Manno has filed legislation that would allow county governments to set higher rates for the local income tax, a move he says could enable Montgomery and other counties to offset a shift in teacher pension costs, according to Sarah Breitenbach in the Gazette.

NOTEBOOK: The Gazette’s short Reporters Notebook has items on the House roll call; dogs and reporters at Government House; veterans at the State of the Union; and O’Malley’s “blueberry.” 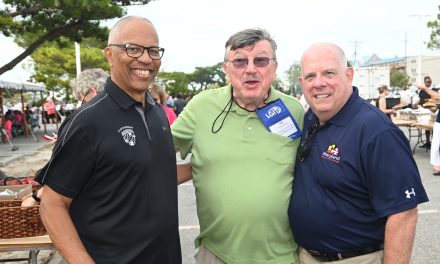 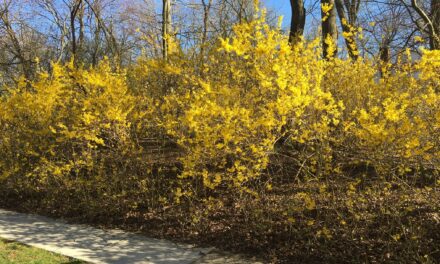