In a marathon voting session on almost 50 bills to meet a Tuesday deadline for action , the Senate Judicial Proceedings Committee on Thursday approved:

? the use of medical marijuana overseen by a new commission;

? a new 180-day deadline for the governor to act on parole board recommendations commuting the sentences for prisoners who had served more than 25 years of their life terms.

The committee also approved new restrictions on use of tasers by police, a ban on the sale of novelty lighters, new protections for victims of human trafficking and new standards for out-of-court statements by child victims of crime.

The panel rejected bills requiring the use of seat belts for backseat passengers and penalizing drivers who smoke with young children in a vehicle.

The legislation was introduced in order to force the governor to take some action, rather than leaving the inmates in limbo. O’Malley offered no explanation for his action.

Sen. Joseph Getty, R-Carroll, former policy director for Gov. Bob Ehrlich, described the extensive review process under Ehrlich, who used his power to pardon and parole inmates throughout his term.

“You’ve got governors who want to move on to other political offices, and they don’t want to take the risk,” Getty said. Ehrlich “knew the political implications” of releasing someone who might commit another crime.

The long-term prisoners most affected are in their 50s, 60s and 70s, but they have also been convicted of the most serious crimes, including first degree murder and rape.

“Murder is murder,” Sen. James Brochin argued, and lives have been destroyed by these inmates. He said there already is a process for medical parole to release a prisoner who is chronically ill or dying.

“We’re about to make an institutional change because of a circumstantial political problem,” said Sen. Christopher Shank, R-Washington County.

Despite the arguments, the committee passed the bill, with the votes of Getty and Sen. Norman Stone, a Dundalk Democrat who said he has sponsored many bills increasing mandatory sentences and normally would not vote for such a measure. The committee did agree to double the deadline period set by the House to 180 days.

There was much less debate on a Sen. David Brinkley’s bill to approve the use of medical marijuana. Based on opposition by Health Secretary Joshua Sharfstein, the bill was amended to establish a commission that included doctors and medical researchers to oversee the distribution and use of marijuana, and study its impact on patients.

“We want to build the most critical medical marijuana plan in the country,” Raskin said.

The committee last year had approved ignition interlocks for drunk drivers, but the Senate version will be competing with a House measure that is less restrictive for first-time convictions.

‘There you go again’: How Brown and Hogan did in the last debate 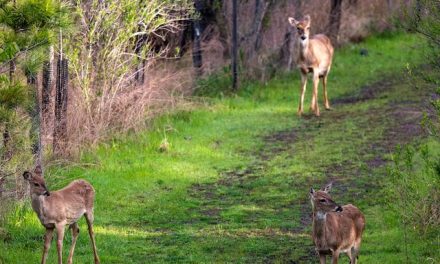