More renewable energy policies aim to save money and environment

The push to use more renewable energy sources from the governor and legislators is one of the green themes of this year’s General Assembly, and the Senate Finance Committee Tuesday heard mixed testimony on six bills to enhance the state’s renewable energy policy, including trash talk from the chairman.

A bill proposed by Committee Chairman Thomas “Mac” Middleton, D-Charles would allow more renewable energy to be drawn from waste incinerators. These convert trash in landfills into heat or electricity.

Maryland has already set the goal of producing 22% of all electricity in the state through green sources by 2022, and the law sets out the percentage of energy that can come from different kinds of sources. Waste-to-energy is currently a “tier 2” renewable resource, meaning that just 2.5% of the total renewable energy can come from that source.

“There is an ungodly amount of trash going into the landfill,” Middleton said. He reasoned that since there is so much trash, waste-to-energy efforts can be expanded, especially since more wind and solar energy is less likely to meet the state’s needs.

Rick Brandes, who retired last year from a three-decade career at the U.S. Environmental Protection Agency, said that he is a big believer in converting waste to energy. About 2% of all of the nation’s energy could be produced using incinerators, he said, while landfills would continue to take in other items that cannot be burned, recycled or composted. Using waste-to-energy methods with 3.5 tons of garbage can produce 2 billion kilowatt hours of electricity, he said, and save 3.5 tons of carbon dioxide emissions.

Some environmentalists and residents presented the other side of the story.

Caroline Eader, a Frederick resident who has fought against a waste-to-energy incinerator in her town for years, said that with everything that needs to be done to make it usable, municipal solid waste is the most expensive form of energy out there, and it has yet to be proven. A representative from the Sierra Club said that environmentally, it is better for trash to sit in a landfill than be burned in an incinerator.

Another bill, proposed by Sen. Richard Madaleno, D-Montgomery, requires the government to produce annual energy statistics – energy and gas consumption – for all government-owned buildings and office spaces larger than 10,000 square feet. This information would be publicly available through the Maryland Energy Adminstration.

Madaleno said the legislation would help point out where the government could change its ways and utilize more renewable energy. Representatives of the Sierra Club and Baltimore Gas & Electric both supported the bill.

“The whole idea behind the bill is saying that our state has to become aggressive as the owner-operator of buildings to reduce the power and gas we are using,” Madaleno said.

A third bill, proposed by Sen. Paul Pinsky, D-Prince George’s, corrects some problems with a net-metering bill passed last year. The new bill would allow people who produce their own energy – with solar panels or windmills – to be paid for any excess energy they produce and put it into the traditional utilities’ power grid. Last year’s bill, which was amended at the last minute, pays a lower sum for excess energy, and was calculated in such a way that people lost money.

Sarah Moseley, a member of University Park Solar LLC, which produces power from solar panels on a church roof, compared getting paid for producing extra power to a farmer selling excess crops to a market.

“Citizens should have the same right to harvest the sun and be paid a fair price,” she said. 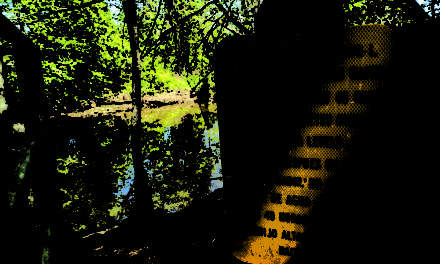