Despite the commitment of Gov. Martin O’Malley’s administration to increase government transparency, Maryland received a D+ in transparency of economic subsidy information, according to a national report released on Wednesday.

The report, which was put together by a government accountability work group, Good Jobs First, took a look at information made available to the public online for different economic development programs run by the 50 states and Washington, D.C. The report ranked Maryland 18th in the nation for transparency of its economic development programs – close to the middle, since only 37 states have any sort of disclosure for these programs. Out of a possible 100 points, the state received an average score of 30 for transparency.

The report pointed out that Maryland has some of the nation’s best online transparency – namely reports posted on StateStat and the state’s comprehensive stimulus spending tracker. But it also has programs that are extremely lacking.

“We take the position that if a state can provide good disclosure for one program, it can for other programs as well – especially a state that prides itself on disclosure like Maryland,” said Philip Matera, Research Director for Good Jobs First.

The findings of the study reinforced comments made Wednesday at a seminar to promote more open government put on by the Maryland Public Policy Institute. Del. Warren Miller, R-Howard, who has sponsored several laws on transparency, complained that his proposal to post the recipients of state loans — mainly for business development — have yet to be implemented, while contracts and grants have been posted online.

Rankings in the Good Jobs study were based on how much information about programs was available online: Who received the subsidies, how much was received, where the entities were located, wage and payroll data for job creation-related subsidies, and how far back the information goes. Special attention was paid to how easy the information was to search, and how accessible it was.

Matera said Maryland lost points when some of that information was missing. The Job Creation Tax Credit, for example, has information on what companies received the tax credits, but not how much they received.

“It’s also important to tell the public how much they have gotten,” Matera said. Also missing from online disclosure is information on where businesses that got the credits are located, or how much those new jobs will pay.

When Maryland PIRG State Director Johanna Neumann first heard about Maryland’s low grade on the report, she was shocked. After reading the report, however, she said she believes that current policies make the state deserve a D+.

“I think we could do a lot more to make subsidies transparent, and give taxpayers more information on how their money is being spent,” Neumann said.

In a report released earlier this year by Maryland PIRG, the state received a C for online transparency. Neumann said that the organization is already working on a similar report to be released in the spring, and she is working with the Secretary of State’s office to ensure that some of the recommendations are being implemented.

In the meantime, Neumann said, Good Jobs First’s report offers hopeful information. With just some “simple measures” for more and better disclosure, Maryland can increase its grade for the next study. 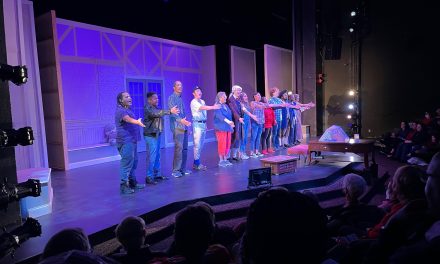