STATE BUDGET:  After an uptick in revenue this fall offered a glimmer of hope that Maryland’s recession-ravaged budget might be improving, new state data shows just the opposite: Rising Medicaid costs and a drop in federal stimulus funding have left an even bigger gap than lawmakers anticipated last April, the Post’s Aaron Davis writes.

Maryland lawmakers will face a $1.6 billion budget hole when they return to Annapolis in January, Julie Bykowicz blogs for the Sun. The state will have a $2.1 billion structural gap projected for fiscal year 2012, reports Megan Poinski in MarylandReporter.com.  Andy Green, in the Sun’s Second Opinion column, says that Maryland’s budget is staring down the fiscal cliff.

O’MALLEY ON ECONOMY: Gov. Martin O’Malley told a crowd of about 100 at Towson Univeristy that he believes Maryland is well-positioned to emerge stronger from the current economic turmoil. Tyler Waldman writes the story for Patch.com. Childs Walker of the Towson Times reports that the state’s innovations in green technology, health and cybersecurity keep it ahead of other states.

ROBOCALL COMPLAINT: The state attorney general’s office is seeking millions of dollars in fines from a political consultant who sent out an election night robocall to thousands of Marylanders suggesting that they “relax” because the race was over, even though polls were still open, Justin Fenton reports for the Sun.

While Henson said the message was intended to motivate Ehrlich supporters to vote in the election’s final hours, Attorney General Doug Gansler said those receiving the calls were predominantly registered Democrats in Baltimore and Prince George’s County, John Wagner reports for the Post. Gansler said he has “no reason to believe” the calls were initiated with the knowledge of Bob Ehrlich, Steve Lash of the Daily Record reports.

Read the complaint in the Sun here. And if you received the robocall, the Post wants to hear about it.

BIZ GROUPS BLAST TAXES: During the two-hour-long parade of witnesses in front of the Business Tax Review Commission, one point came through repeatedly: What is best for the state’s corporate tax code is not obvious, Megan Poinski reports for MarylandReporter.com. Blogging for the Sun, Julie Bykowicz writes that Maryland business groups implored the commission to leave  the state’s corporate tax structure alone. At that same hearing, public interest groups asked the panel to recommend combined reporting as a matter of fairness.

CAMPAIGN FINANCE: Opinionator Peter Jensen of the Sun writes that there are lots of loopholes in the state campaign finance laws, but State’s Attorney General Doug Gansler needs to address the more galling ones.

CLINIC PROBE: Maryland lawmakers plan to examine the operations of a Baltimore mental health clinic in the wake of an investigation by the Sun that revealed high Medicaid billings, and a state regulator said six family members on the nonprofit’s board must relinquish voting authority to comply with state law, the Sun’s Scott Calvert writes.

RACE TO TOP: A handful of state lawmakers are now threatening to cost the state a $250 million federal Race to the Top award for its ambitious school reform effort — all over a dispute about the meaning of the word “significant,” Glenn McNatt of the Sun writes.

O’MALLEY’S MARCH: Gov. O’Malley’s Celtic rock band will return to the Rams Head Tavern for a couple of pre-Christmas concerts, blogs John Wagner of the Post.

HOYER ENDORSED: U.S. Rep. Steny Hoyer continued to collect high-profile endorsements from his party’s liberal wing in his bid to become House minority whip, trying to counter the impression that his candidacy is built around support from moderate-to-conservative Democrats, Paul Kane reports for the Post.

LEOPOLD NIXES RAISES: A day after he announced two campaign aides would get promotions linked to more than $20,000 in raises, Anne Arundel County Executive John Leopold backed away from the plan, the Annapolis Capital reports.

SANCTIONS SOUGHT: Lawyers for Arundel County Exec Leopold have asked a federal judge to impose fines on the lawyer representing a former county employee who filed a sexual harassment lawsuit against Leopold, Nicole Fuller reports for the Sun. The request contends that attorney John Singleton made claims knowing he did not have supporting facts. It asks the District Court to fine Singleton, Erin Cox of the Capital reports.

DEAL FOR EX CANDIDATE: Scott Daugherty of the Capital reports that Arundel County prosecutors have dropped theft and marijuana charges against John Edward Booze, a former Democratic candidate for state Senate, citing problems with a search warrant and the ability of witnesses to identify the Pasadena resident as the man who stole three Republican campaign signs.

HOWARD CO GOP: After a dozen years of election frustration and failure, Republicans in Howard County are looking for a way back to political prominence, Larry Carson writes for the Sun. Lindsey McPherson of the Columbia Flier writes that the national wave of discontent missed Howard County residents. 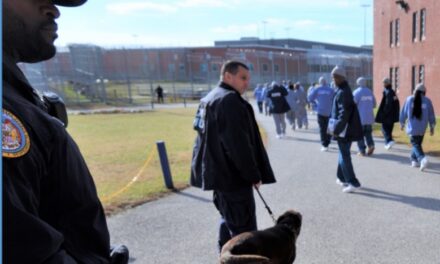