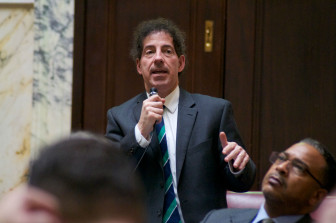 RASKIN RESIGNS FROM STATE SENATE: Jamie Raskin, a leader of the Maryland Senate’s Democratic liberal wing for the past decade, resigned Thursday after his election to the U.S. House of Representatives, reports Michael Dresser in the Sun. Raskin easily won election in the heavily Democratic 8th congressional district, the bulk of whose voters live in his home county of Montgomery. He will succeed Democrat Chris Van Hollen, another former state senator who won his race to succeed retiring U.S. Sen. Barbara A. Mikulski.

MD VOTER TURNOUT LOWER THAN PREDICTED: Voter turnout in Maryland ended up lower than state elections officials thought it would be. Linda Lamone, the state’s elections administrator, said Thursday that voter turnout was about 66% for both Election Day and early voting, according to an AP story in the Daily Record. With some long lines at polls on Election Day, Lamone initially projected hours before polls closed that overall turnout could reach 80% or higher. 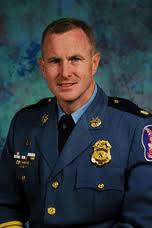 NEUTERING ELECTORAL COLLEGE: John Rydell of WBFF-TV reports that Maryland is joining with other states to make the electoral college moot by committing all their electoral college votes to whoever wins the popular vote. If that had happened this year, Hillary Clinton would be president-elect.

FRACKING BAN IN FROSTBURG: Frostburg’s mayor and City Council were to meet Thursday with proponents of a proposed ban on hydraulic fracturing for natural gas and oil in the western Maryland college town, the AP reports in the Daily Record. The special meeting  follows a large turnout at a council meeting last month in support of the ordinance proposed by the citizen group Frack-Free Frostburg.

MINIMUM WAGE HIKE IN MO CO: The Montgomery County Council could begin working later this year on legislation to raise the county’s minimum wage to $15 an hour by 2020, Andrew Metcalf of Bethesda Beat writes.

FREDERICK PREPS LEGISLATIVE PACKAGE: The Frederick County General Assembly delegation will meet next week with the heads of city and county government, writes Danielle Gaines for the Frederick News Post. The delegation will trek to meetings at City Hall and Winchester Hall on Thursday. County Executive Jan Gardner (D) will present the county’s legislative priorities at 1 p.m. The package includes a number of legislative initiatives approved by the Frederick County Council, including two bills and 12 position statements.

NEWS SEATS TO FILL IN PG: There will be two more members on the Prince George’s County Council come January 2019, but it’s not clear who will be running for those seats, Arelis Hernandez reports for the Post. More than two-thirds of Prince George’s County voters backed a ballot measure to expand the nine-member council by adding two at-large seats.

TRUMP & THE PURPLE LINE: Even as Metro sorts through its problems and a lawsuit threatens construction of the Purple Line, one possible obstacle that transit advocates may not have to worry about is President-elect Trump, writes Andrew Metcalf for Bethesda Beat. The Republican made it clear in his speech after Tuesday’s election that he wants to pursue infrastructure improvements throughout the country as a way to create jobs. However, he was a little less clear on whether that included rail projects.

CHARLES GOP CELEBRATES: Two years ago, if anyone had predicted Trump to come out of the U.S. presidential election over former Secretary of State Hillary Clinton, they would likely have been ignored. Even coming into the night of the election, most of the country thought Clinton would win. And that included many Charles County Republicans at the Greene Turtle in La Plata Tuesday evening, who were hopeful their party would just come out with the House of Representatives still under Republican control, Michael Sykes writes in the Maryland Independent.

DANCE RETWEET CRITICIZED: Baltimore County Superintendent Dallas Dance is coming under criticism for a retweet he made that asked educators to reach out to students who may have felt maligned during the U.S. presidential campaign, Liz Bowie of the Sun is reporting. The tweet from Josh Starr, a former Montgomery County superintendent, said: “Educators: tomorrow pls show your muslim, black, latino, jewish, disabled, or just non-white St’s, that you love them and will protect them!”

TRUMP URGED TO BE CAUTIOUS: In a column for MarylandReporter.com, Michael Collins writes, Pundits aplenty are dissecting why Hillary Clinton lost and Donald Trump won. Rather than do that, I would caution President-elect Trump against hubris, disrespect, and overreach. President Obama campaigned hard over the past few weeks.  He hit the hustings with vigor in minority communities to exhort African Americans to protect his legacy.  His legacy is firmly intact:  He has destroyed the Democratic Party, as we know it.