PALIN FOR MURPHY: Annie Linskey of the Baltimore Sun writes that Sarah Palin stirred up the governor’s race by endorsing a little known GOP candidate in the primary: Brian Murphy.  Her blog on the news is can be read here.  The endorsement, writes John Wagner of the Washington Post, surprised just about everyone. Read Wagner’s blog about the Facebook endorsement in the Post. Liam Farrell of the Annapolis Capital reports that Murphy is trying to beat everyone’s low expectations of him in the race. Nick Sohr of the Daily Record blogs that former Gov. Bob Ehrlich can’t be too upset by the endorsement. Here’s Scott Dance‘s piece in the Baltimore Business Journal. And WBAL-TV wants to know if the endorsement will have any effect on your vote.

JESSAMY ON FACEBOOK: The office of top city prosecutor Pat Jessamy has launched a Facebook page this week, and she can be seen everywhere, writes Peter Hermann in the Sun.

PG COUNTY EXEC: Former PG Del. Rushern Baker and Sheriff Michael Jackson are the clear front-runners in the Prince George’s County executive race, according to independent polls, but contenders point out that about a third of the county’s voters remain undecided, reports Daniel Valentine of the Gazette. The two candidates defend their records during a debate.

CAVEY CALLED OUT: Two Baltimore County GOP Central Committee members are calling for Chris Cavey, chair of the county’s party, to resign for spending money on a speaker without prior approval, writes Bryan Sears of Patuxent Publishing.

HOCO COUNCIL: Howard County Council member Calvin Ball has an all-but-guaranteed seat on the council for the next four years, Sarah Breitenbach of the Howard County Times reports.

BUTLER OUT: Adam Bednar of the Carroll County Times reports that George Butler, a Republican seeking a seat on the County Board of Commissioners, has bowed out.

SALISBURY POLITICS: Laura D’Alessandro of the Salisbury Daily Times reports that despite doing away with partisan identification, Salisbury’s elected officials have their allied associations, which may imperil legislation that the mayor is trying to push through.

MEDICAID HOLE: Scott Graham of the BBJ writes that a vote in the U.S. Senate moved Maryland a step closer toward plugging most of a $389 million hole in its $7 billion Medicaid budget for the second half of this fiscal year.

STATE YACHT: The Maryland Independence was big news back in 2003, when it was sold on eBay by then Gov. Ehrlich. It could be making a (non-official) comeback, writes Pamela Wood of the Capital.

CAR THEFTS: Gov. Martin O’Malley pledged to double the state’s investment in license-plate recognition technology that has been credited with cracking down on car thefts, reports John Wagner of the Post.

SPANGLED MONEY: The Senate has approved a bill creating new coins commemorating the War of 1812 and “The Star-Spangled Banner” reports Ryan Sharrow of the BBJ. Here’s the AP story. 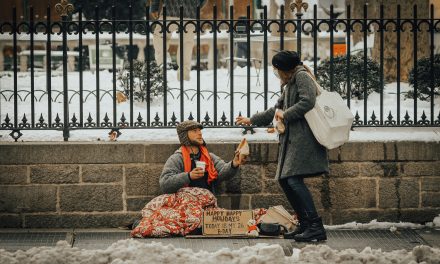