BILL SIGNING: Thursday marks the third and final bill-signing day for legislation passed during the General Assembly. According to Baltimore Sun reporter Michael Dresser, Gov. Martin O’Malley intends to sign a measure requiring drivers to maintain a 3-foot buffer zone between them and a bicyclist while passing. He will also sign the highly debated hands-held cell phone ban while driving bill, according to Dresser’s Getting There blog.

MarylandReporter.com staff writer Nick DiMarco reports Maryland’s utilities will have to step up the amount of solar power in the mix of energy they sell to customers after the Governor signs off on the measure.

And the Associated Press is reporting that mediation will be required between borrowers facing foreclosure an mortgage lenders, under another bill to be signed today.

CAMPAIGN DONATIONS: The Sun’s Julie Bykowicz is reporting that a Republican sent out e-mails using his federal e-mail account, soliciting campaign donations for former Gov. Bob Ehrlich. This was on the same day the the Maryland Republican party criticized Gov. O’Malley’s campaign for doing a similar thing to a state e-mail account. “Both are no-nos,” writes Bykowicz.

SAME-SEX MARRIAGES: Maryland state employees in same-sex marriages, with valid marriage certificates from other states, are now eligible to receive the same health care and other benefits as heterosexual couples, according to O’Malley’s office. Aaron Davis has the story for the Washington Post’s Maryland Politics blog.

LIBERAL LEGISLATORS: You could come up with a rating system of votes to identify the most liberal members of the Maryland General Assembly. Or you could just do it the easy way, and rely on the early endorsements on Wednesday by Progressive Maryland, the broad-based coalition of labor and other activist groups on the left, writes Len Lazarick for MarylandReporter.com.

STORMWATER REGULATIONS: A “wave of unintended consequences” could be the end result in Frederick County, where city officials are considering how to implement new mandatory stormwater management regulations, writes Patti Borda for the Frederick News-Post.

UNSOLD: A special panel in Prince George’s, tasked with finding a company to take over the county’s “ailing health-care system,” could complicate matters for Gov. O’Malley as the panel was unable to complete the sale of the system after a two-year stretch, write Lena Sun and Jonathan Mummolo for The Washington Post.

SIGN REMOVAL: Patuxent Publishing Co. reporter Bryan Sears weighs in on an incident involving a Towson man who was forced to take down a 32-square-foot expressing his support for Gov. Bob Ehrlich.

FISCAL CONCERNS: At the center of a GOP state Senate primary race in Anne Arundel County the name of the game is who is the most fiscally conservative candidate, writes Liam Farrell for The (Annapolis) Capital.

SCRAP METAL: The Junk Dealers and Scrap Metal Processors Workgroup has now met for the second time to discuss implementing emergency legislation that alters the way they are required to keep records of scrap metal transactions. Andre Mansfield has the story for MACo blog Conduit Street.

‘ROCK SNOT’: The state is attempting to ban specific footwear used by anglers to prevent the spread of invasive algae to Maryland’s trout streams, writes Michael Sawyers for the Cumberland Times-News. 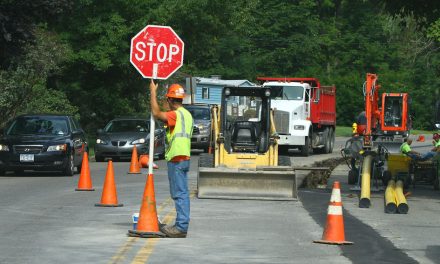