BUDGET: The House and Senate are set to vote on a budget compromise today that does not adopt the Senate measure shifting teacher pension costs to counties, Hayley Peterson reports for the Washington Examiner. But counties will have to do without any “highway user” revenue from the state gas tax, Aaron Davis writes for The Washington Post.

Despite no major changes to the governor’s budget, lawmakers project smaller increases in funding for education and local aid in the future, Annie Linskey reports in The Baltimore Sun. Dave Collins has a video report for WBAL-TV, and Joel McCord has audio for WYPR.

Negotiation over the budget is running into the final hours of the General Assembly session, Doug Tallman writes for The Gazette. The $3.2 billion capital spending plan might not get final approval until the session’s last day.

ENVIRONMENT: Environmentalists earned one of their rare victories this session Thursday, as lawmakers pulled back on cuts to Chesapeake Bay preservation programs, but some advocates are already calling the 2010 legislature a bust for the green movement, Andy Rosen writes for MarylandReporter.com.

END IN SIGHT: Though there appears to be a lot left to do, Sean Sedam of The Gazette writes that legislative leaders feel this year’s conclusion will be typical.

HISTORIC TAX: Legislators agreed to double the money appropriated to a tax credit for the rehabilitation of historic buildings and sustainable communities from $5 million to $10 million, Nick Sohr writes in The Daily Record. The increase was originally proposed in Gov. Martin O’Malley’s supplemental budget.

EARMARKS: Maryland lawmakers will continue to earmark state funding for specific projects in their districts, as Senate negotiators gave up on a plan to eliminate legislative “bond bills” for two years, Andy Rosen reports at MarylandReporter.com.

ELECTRIC CHOICE: Bills intended to increase consumer choice of electric service appear to be dead in the Senate, Alan Brody writes for The Gazette. Some speculate that this might be payback for the House’s rejection of a re-regulation bill last year.

ENERGY: Lawmakers decided to divert money from energy efficiency programs to direct assistance for people’s electric bills,  Danielle Ulman writes for The Daily Record. The House and Senate disagreed about whether to divert the funds in the budget, but the House receded on this issue.

RED LINE: Lawmakers have dropped their calls for a study of whether the planned Baltimore Red Line and other rail projects should be built with more expensive “heavy rail,” Michael Dresser reports for his “Getting There” blog for The Sun.

DRUNK DRIVING: He also writes that a bill to require ignition interlock devices for drunken drivers is in trouble, and that a proposal to divert $60 million per year from the state’s transportation fund is dead.

CELL PHONES: The proposal banning the use of hand-held cell phones while driving is headed for a decisive vote Friday, Michael Dresser writes for The Sun. Steve Fermier has a rundown in an audio report for WBAL.

TRANSPARENCY: MarylandReporter.com’s Erich Wagner reports that lobbyists would pay to implement the General Assembly’s goals for greater public access to the legislature’s action, under a bill introduced in the final days of this year’s session.

SLOTS: The state’s slot machine gambling program, which is struggling to get off the ground, seems likely to be a campaign issue between O’Malley and challenger Bob Ehrlich, Alan Brody and Erin Cunningham write for The Gazette.

CORRECTIONAL OFFICERS: A Senate committee passed its version of a Correctional Officers’ Bill of Rights unanimously this week, Erin Julius reports in The (Hagerstown) Herald-Mail. But the House version hasn’t been acted on at all.

SOLAR: A House panel has agreed with a Senate proposal to boost the amount of solar power that utilities must sell to customers, but wants smaller penalties for not meeting the goal, Nick DiMarco writes at MarylandReporter.com.

BOAST: Arthur Hirsch writes that a bill rewarding businesses for contributing to private school scholarships has stalled again in a House committee.

MAINTENANCE OF EFFORT: Another issue that could go down to the wire are competing House and Senate proposals to make it easier for local governments to cut school funding in tough times without losing state funding, according to the Conduit Street blog by the Maryland Association of Counties.

LOCAL BANKS: A bill that would help small, local banks win state contracts is still alive, but running out of time. Nick Sohr has the scoop on his Eye on Annapolis blog for The Daily Record.

TAX PAYMENT: Republican Del. Donald Elliott’s bill to offer a payment plan for small-business property taxes passed both chambers of the General Assembly, and now heads to Gov. O’Malley’s desk to be signed into law, Meg Tully writes in The Frederick News Post.

STOLTZFUS: Doug Tallman has a profile of Sen. Lowell Stoltzfus, an Eastern Shore senator with 18 years in the General Assembly. Stoltzffus notes that he is leaving during a challenging time for lawmakers.

BRONROTT: Del. Bill Bronrott, D-Montgomery, is leaving the General Assembly to take over the number two spot at the federal agency that oversees buses and semis, Michael Laris writes for The Post. Here’s Doug Tallman’s take for The Gazette on Bronrott’s departure.

FIRE?: A celebration for freshman members of the General Assembly ended with lawmakers and Gov. Martin O’Malley being rushed out of the building because of a fire, Annie Linskey and Julie Bykowicz report for The Sun. UPDATE 11:24 a.m.: We’re getting reports that there was actually no fire. Maybe just smoke. Will update.

O’MALLEY QUESTIONED: In advance of the election, some progressives are questioning whether O’Malley has done enough on key issues like government transparency and campaign finance reform, Sean Sedam writes for The Gazette.

MILLER: A likely GOP challenger to Senate President Mike Miller has dropped his bid for the Senate seat, leaving the Republicans with nobody to take on the powerful leader.

EHRLICH: Republican gubernatorial candidate Bob Ehrlich campaigned in Hagerstown Thursday, Andy Schotz writes in The (Hagerstown) Herald-Mail. He pledged to repeal the sales-tax increase put in place by Gov. O’Malley and to make the state better for small businesses. John Wagner has the story for The Post.

YEAGER: Margie Hyslop in The Gazette has an obituary for State Sen. Thomas Yeager, who died last weekend.

RASCOVAR: Barry Rascovar writes in his Gazette column about the curious actions of the state elections board in demanding an explanation for what Bob Ehrlich and other employees were doing at a law firm in Baltimore before the former governor announced his new campaign. 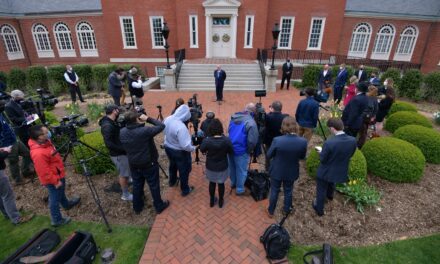 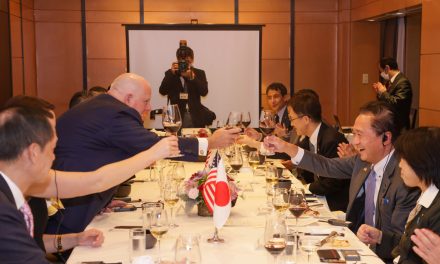