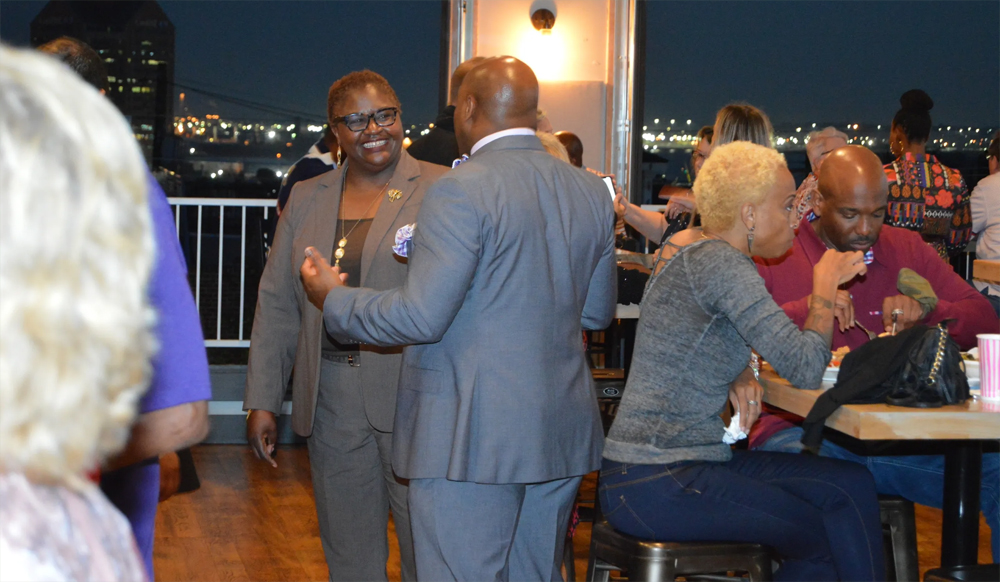 Del. Brenda Thiam, facing camera, has been named to serve as a House Deputy Minority Whip. She has been a state delegate for two years. Photo taken from her website: https://brendathiam.com/

ANALYSIS: LEGISLATIVE MAP SHAKES THINGS UP: At first glance, the legislative redistricting proposal expected to advance in the General Assembly looks little changed from the current boundaries — but there are still notable shake-ups that will likely affect the 2022 elections. That map — and one created by a commission appointed by Gov. Larry Hogan — are up for a public hearing and possible committee vote at 3 p.m. Tuesday. Bennett Leckrone/Maryland Matters.

HOGAN ADDS $50M IN GRANTS TO SUPPORT CHILD CARE PROVIDERS: On Monday, Gov. Larry Hogan announced the state of Maryland will allocate an additional $50 million in grant funding to support child care providers during the COVID-19 pandemic, as proposed in the state’s FY23 budget. “Keeping facilities open and available to parents with minimal disruption is a top priority,” Hogan said. Victoria Maas/Conduit Street. 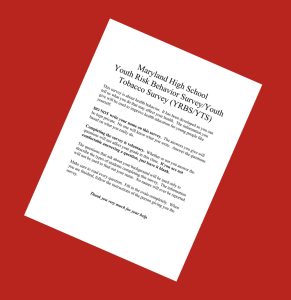 MARYLAND YOUTH RISK SURVEY UNDER FIRE: The state’s risk behavior survey taken by school students delve into unwelcome territory, two parents say. They addressed the Garrett County Board of Education at its meeting last Tuesday, criticizing the content of the Maryland Youth Risk Behavior Survey/Youth Tobacco Survey taken by middle- and high-school students. “We were not informed about his survey, period,” said one father who has children at both school levels. “We were completely unaware … that there were sexual questions in the survey. We did not give permission for this survey.” Joseph Hauger/The Garrett County Republican.

OPINION: HOGAN AND HIS PESKY PUBLIC RECORDS: The editorial board of the Washington Post opines that it seems clear that Gov. Larry Hogan “has come to see the public-records law as an annoyance, and Wickr as a way of circumventing it. In so doing, he effectively negates the broad right of access to records pertaining to the people’s business — exactly the right enshrined in law. The governor would be wise to press the self-destruct button on Wickr, and switch back to email.”

FOR THOSE BAROQUE SENATE PRESSERS: Senate President Bill Ferguson spent $200,000 renovating a room for use as a space for news conferences. The room, which some said seemed ostentatious even for a palatial Senate building named for Thomas V. Mike Miller Jr., has had a number of incarnations over the last 20 years. “He outfitted that crazy room on the first floor of Miller building like a baroque lord,” said one retired lawmaker. Bryan Sears/The Daily Record.

IN RACE FOR COMPTROLLER, ADAMS PUTS MORE BUCKS IN: Leading off a roundup of political items: Democratic comptroller candidate Timothy J. Adams put $1.8 million of his own money into his campaign account on Jan. 11, a new campaign finance report shows. Adams is the first Black mayor of Bowie and the founder and CEO of a multimillion-dollar defense contracting firm. Prior to the $1.8 million loan on Jan. 11, Adams had already loaned his campaign $470,000 in 2021. Bennett Leckrone, Josh Kurtz and Danielle Gaines/Maryland Matters.

OPINION: PURPLE LINE CAN HELP FILL HOUSING NEED: In an op-ed for the Washington Post, David Bowers of Enterprise Community Partners opines that many legislators and advocates have pursued solutions to meet Marylanders’ housing needs. With existing resources coupled with new funding for housing proposed through the Build Back Better bill, Maryland has many tools at its disposal to prevent the loss of affordable homes. The Purple Line, the long-awaited planned light rail that will connect Metro and other transit to even more communities in Montgomery and Prince George’s counties, is a prime location to put these tools to work.

NICK MOSBY NAVIGATES AROUND WIFE’S WOES: How Baltimore City Council President Nick Mosby navigates the coming months could prove tricky, political observers say, and could well determine how State’s Attorney Marilyn Mosby’s indictment affects the couple’s intertwined political fortunes. His wife is charged with perjury and false statements to withdraw early from a retirement fund and apply for mortgages to buy homes in Florida. Nick Mosby has not been charged with any crimes. Jean Marbella/The Baltimore Sun.

LAWYER SAYS MOSBY SUFFERED FINANCIAL HARDSHIP: A lawyer for Baltimore State’s Attorney Marilyn Mosby provided a defense Monday to charges that she lied when she claimed to have suffered financial hardship from the coronavirus pandemic to obtain an early withdrawal from her retirement savings to purchase two Florida homes. Jessica Anderson/The Baltimore Sun.

BA CO, B’MORE OFFER MORE COVID TESTS: Baltimore County will expand its distribution of rapid at-home COVID-19 tests next week, County Executive Johnny Olszewski Jr. announced Friday. Tests will be distributed at locations throughout the county during the week of Jan. 17-23. Residents can find the distribution schedule on the county’s website. In Baltimore City, residents will be able to pick up an at-home COVID-10 test from any branch of the Enoch Pratt Free Library every Saturday in January. Kits will be limited to one per person. Marcus Dieterle/Baltimore Fishbowl.

BIDEN NOMINATES BLOOM RASKIN TO FED: President Biden last Thursday night completed his slate of nominations to the Federal Reserve, according to a person familiar with the process, naming Sarah Bloom Raskin, Lisa Cook and Philip Jefferson to some of the country’s most influential policymaking roles at a crucial time in the economic recovery. Raskin is the wife of U.S. Rep. Jamie Raskin of Maryland. Rachel Siegel/The Washington Post.