Republicans in the House of Delegates say they are willing to participate in a special Feb. 23 hearing to offer their own budget plans, an invitation from Democratic budget chairmen that Senate Republicans formally rejected Tuesday as “a sideshow.”

“The House is in a very different position,” House GOP Leader Tony O’Donnell said in an interview. “We don’t scare so easily.”

“We view it as an opportunity to lay out our position, how we’ve been mismanaged for three years” and to discuss “some areas of opportunities that might be helpful going forward.”

He said they plan on proposing their own spending reductions, which O’Donnell would not disclose, and to show where the state would be if budget reductions they offered in previous years had been accepted.

In the Senate, the entire body is now being asked to offer proposals for budget cuts at the special hearing to which only the Republicans were initially invited.

“I want to open it up to everybody,” Senate President Mike Miller told the Senate Wednesday. “Some of you have ideas of what could be cut and be trimmed… I promise you they will be considered by this committee.”

He conceded that the earlier invitation to the GOP caucuses from the chairmen of the Senate Budget and Taxation Committee and the House Appropriations Committee had been a “political” move, as Republicans had charged.

“We felt it was simply a sideshow,” said Senate Minority Leader Allan Kittleman. “We saw this as not the proper venue.”

But Miller argued out that the Republican rejection was political, too. He said he saw it coming.

In a letter to Budget Committee Chair Ulysses Currie, Kittleman said that the four Republicans on the committee would offer amendments to reduce the governor’s budget as they usually do in the course of committee deliberations.

The Democratic majorities in the Senate and House typically reject Republican proposals to cut state spending offered on the floor, and often in committee as well.

Under the Maryland Constitution, the General Assembly may only cut the governor’s proposed budget, not raise it or move money around within it. 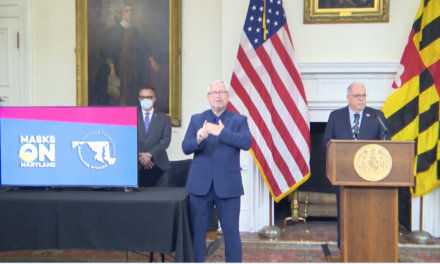