Thin papers for the holidays, but good stories today about declining property tax assessments, the health care overhaul’s effect on Maryland, and the runup to the sale of the Preakness.

Maryland property tax assessments are being mailed today, and they have dropped by an average of 19.7 percent, according to Larry Carson at The Baltimore Sun. A top state official calls the three-year decline “unprecedented.”

State officials are going over the health care overhaul bill passed by the U.S. Senate, Sean Sedam reports in The Gazette, but it looks like Maryland might miss out on some aid because it has already expanded its Medicaid rolls.

The state’s still talking with Magna Entertainment as the company prepares to sell its state horse racing properties, including the Preakness Stakes, Pimlico and Laurel Park, Laura Smitherman reports in The Sun. A hearing on the sale is scheduled for next week.

The Queen Anne’s County Board of Commissioners won’t support a federal plan to turn a farm near Centreville into a 1,250-acre training center for the State Department, according to Liam Farrell at The (Annapolis) Capital.

Somerset County officials are expecting to hear soon about whether a 1,500-bed federal minimum-security prison will be built in Princess Anne, Liz Holland reports in The (Salisbury) Daily Times.

Will George Owings III challenge Gov. Martin O’Malley? He hasn’t announced yet, though a run was looking likely. Julie Bykowicz at The Sun’s Maryland Politics blog points out that his e-mail address is “owings4governor.”

Baltimore City Judge Charles Bernstein, 70, is challenging the state law that requires judges to step down when they become septuagenarians. He’s already had to give up his position, but his constitutional fight continues in federal court, according to Tricia Bishop at The Sun. 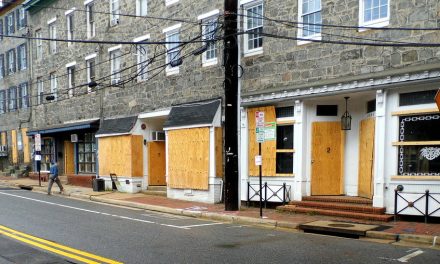