The Fight for $15 that has led to demonstrations like this one in Baltimore was taken to the State House Tuesday.

The fight for a $15 minimum wage went before the House Economic Matters Committee on Tuesday — and not all businesses are opposed to this national push for higher pay.

“Valuing workers is the best way to build and sustain our economy,” said T.J. Zlotnitsky, chairman and CEO of iControl Data Solution, at a press conference prior to the hearing. “Our economy is 70% consumer driven and can only grow and prosper when ordinary Americans have the means to participate in it. This only happens when workers are motivated, respected and fairly compensated.”

Zlotnitsky is a member of Patriotic Millionaires, a group of “high-net worth Americans” calling for a higher standard of living for “regular Americans” and an increase in the corporate tax rate.  Zlotnitsky said his lowest paid employee earns $17.85 an hour.

He and other members of the group were in Annapolis on Tuesday to support HB1416, a bill to phase in the minimum wage to $15 an hour by 2023. It is sponsored by Del. Jeff Waldstreicher, D-Montgomery, and 46 other House Democrats.

Suzanne Nash of Mom’s Organic Market, a chain with stores in four states and D.C., said a minimum wage should be enough to support a family.

“There is no reason that a person working full time shouldn’t be able to support themselves and their family, but that is what happens with the current state minimum wage.”

Brian England, president of British American Auto Care in Columbia, said a gradual increase to the minimum wage would have a positive effect on businesses by putting money in the pockets of consumers.

“Raising the minimum wage helps businesses and the economy by putting more money in the hands of those most likely to spend it,” he told the committee on behalf of Business for a Fair Minimum Wage.

He said he’s had customers forced to choose between replacing a battery or replacing bald tires.

England also said a higher minimum wage would reduce the reliance on public assistance. He said public assistance has amounted to a government subsidy for employers “who pay poverty wages.”

But other businesses testified that a $15 minimum wage would drive up costs.

“Where in the world does this money come from,” he lamented to the committee. “Do you want to pay an extra 30 cents a gallon for gas, or $70 to get your car washed?”

The Maryland Association of Community Services, a group that advocates for caregivers serving Marylanders with developmental disabilities, testified in support of  the bill because it mandates an annual 3.5% rate increase to the Developmental Disabilities Administration to cover wage hikes for workers serving the disabled. It ensures wages for caregivers remain above the minimum wage to prevent further erosion of the workforce.

Laura Howell, executive director for MACS, suggested an amendment would be needed to sustain the increases past fiscal 2023, when the mandate runs out under the bill.

Total state expenditures increase $148 million to fund DDA mandatory increases through 2022, according to the fiscal note. Local governments would also need to pay some workers more.

The Maryland legislature in 2014 voted to phase in minimum wage hikes over four years. That law included the 3.5% mandatory increase to disability workers to ensure they make more than the minimum wage.

Under the bill wage increases depend on the on the size of the company, smaller companies are given an additional year to get to $15. And beginning 2024 minimum wage increases are tied to the Consumer Price Index.

The Baltimore City Council took a preliminary vote Monday to raise the minimum wage in the city to $15.

The Montgomery County Council voted to raise the minimum wage there to $15 an hour, but County Executive Ike Leggett vetoed the measure. 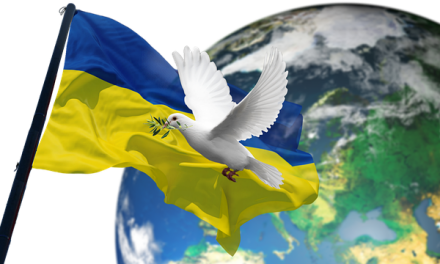