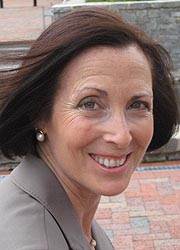 Believing senior citizens are fleeing Maryland due to high taxes on retirement income, Del. Karen Young, D-Frederick, is proposing to exempt as much as $75,000 on pension income.

The bill, HB 311, which mirrors a proposal she introduced last year, would expand existing pension exemptions for eligible seniors and disabled Marylanders and would be phased in over seven years. The House Ways & Means Committee considered the bill on Tuesday.

The proposal is similar to more modest initiatives supported by Gov. Larry Hogan aimed at making Maryland a friendlier destination for retirees and also enjoys broad bipartisan support. He would raise the exemptions for anyone over 65 to $5,000 over four years.

“In a comparative study done by Kiplinger, Maryland was ranked the 13th least friendly tax environment for retirees,” Young said.  “Among neighboring states, our tax climate is far less favorable than Pennsylvania, Delaware and West Virginia.”

Young then referenced Virginia, which she said is also heavily taxed, but has other competitive advantages such as “a lower sales tax, property tax breaks for seniors,” and unlike Maryland, does not have an inheritance tax.

She also cited a statistic from a 2006 study issued by the Maryland Task Force on Elderly Migration, which she said included the most recent data available.

“During a five year period, 45,900 individuals migrated to Maryland, but 66,000 left, so we had a 20,000 net out migration of seniors.” In other words, 44% more seniors left the state than came into the state, Young said. She also said that those who departed tended to be wealthier than those who came in.

She also acknowledged that cold weather might have caused some people to leave Maryland and some of the other heavily taxed states, but she thought taxation was the primary impetus.

“Certainly there is a bit of a snow-bird effect possibly in those going to Florida, but the other states, I’ve got to believe that there’s this tax ramification aspect to it,” Young said.

Young acknowledged concerns related to projected revenue loss documented in the bill’s fiscal note, but also expressed doubt about some of those calculations.

“This concept of losing significant numbers of senior citizens to states with more attractive tax codes might very well outweigh the potential loss in tax revenue.

Del. Ric Metzgar, R-Baltimore County, asked Young: “Do you see this trend continuing if we don’t assist our seniors in tax reduction?”

Young did not answer the question directly but said the mass migration of seniors would inevitably continue as Maryland’s population gets older and the number of seniors increases.

“We need to figure out a way to keep them [seniors in Maryland],” Metzgar said.

Gubernatorial candidates divided on how to adjust or cut state taxes