Sen. David Brinkley is championing a bill to lower Maryland’s corporate tax rate saying that his legislation would bring jobs to Maryland and help state businesses “compete with Virginia.”

The bill, SB34, would lower Maryland’s corporate tax rate from 8.25% to 6% starting in tax year 2013, a change which would make Maryland’s rate equal to that of Virginia.  The tax cut would cost the state approximately $381 million in fiscal year 2014, and would reduce annual revenue by over $300 million in subsequent years, according to estimates by the Department of Legislative Services.

At a hearing before the Senate Budget and Tax Committee, on which he serves, Brinkley, R-Frederick, defended his legislation, saying that it would improve the state’s economy by providing financial incentives for companies to move to Maryland.

“The goal is to remove the disincentive companies have when they want to stay or move in-state,”  Brinkley said.

Several witnesses testified in favor of the bill, including Del. Kelly Schulz, R-Frederick, who said that the defense contracting firm she works for moved out of Maryland because of the corporate tax rate.

“Whenever I mention to legislators that businesses are leaving, people always respond as if” it is not happening, she said.
Schulz described a conversation with Virginia politicians who joked that they “were thankful to the state of Maryland” for the economic development in Fairfax County.

Brinkley said that these scenarios were common.

“Sometimes Maryland gets unfairly maligned for being out of whack from a tax perspective,” he said, adding that the state’s business climate has many selling points, including a highly trained workforce.

Nevertheless, Brinkley said, Maryland has the disadvantage of being near a more competitive state.  “You can be pretty good, but when the guy that’s just a little bit better is across the Potomac, you’re always going to pale by comparison.” 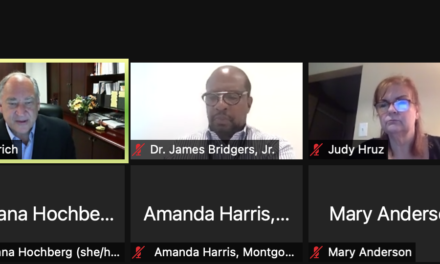 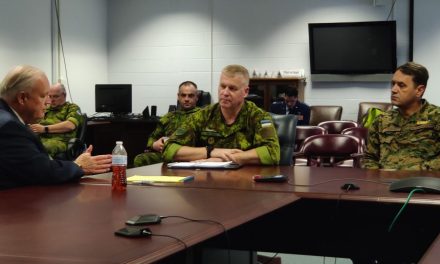 Podcasts: Miller, “I needed to get 24 votes” on the tax hike; Pipkin, “It will cost us jobs”