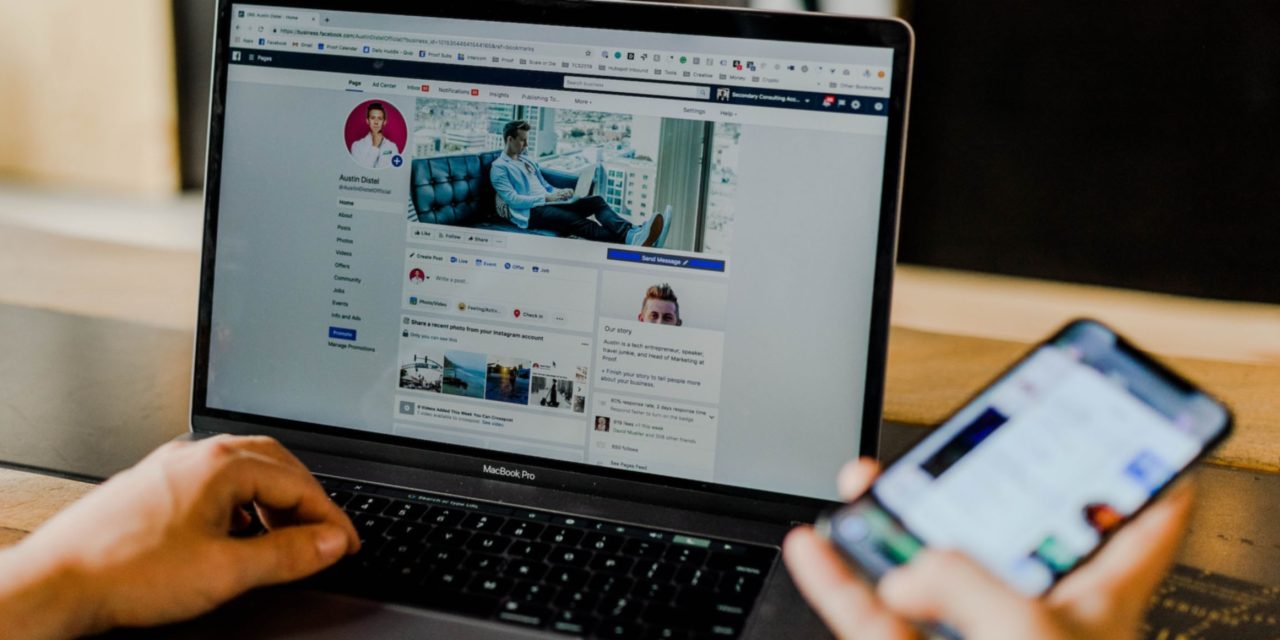 The state Supreme Court has agreed to hear the comptroller's office appeal of a lower court ruling that struck down Maryland's first-in-the-nation tax on digital advertising. The funds were going to benefit Maryland schools. Photo by Austin Distel on Unsplash

MD SUPREMES TO HEAR STATE APPEAL ON CONSTITUTIONALITY OF DIGITAL TAX: The Maryland Supreme Court will hear an appeal of a lower court’s ruling that the state’s first-in-the-nation tax on digital is unconstitutional. The court announced Friday that it will hear an appeal from Maryland’s comptroller in May. The Associated Press/The Baltimore Sun.

HOGAN ‘CHANGE MARYLAND’ STRATEGIST TO LAUNCH GROUP FOR WES MOORE: The strategist who helped Larry Hogan stand up and run Change Maryland, led his 2014 campaign, and served in his administration is setting up an advocacy group of his own, tailor-made for the era of new Gov. Wes Moore (D). The strategist, Steve Crim, will announce this week that he is launching a group called Common Sense Maryland. “This is a continuation of my decades-long effort to really make Maryland a better place to live,” Crim said. Josh Kurtz/Maryland Matters.

BIDEN TO COME TO B’MORE TO TALK UP TUNNEL PROJECT, INFRASTRUCTURE LAW: President Joe Biden will return to Baltimore next week to tout federal funding to replace the roughly 150-year-old Baltimore & Potomac Tunnel, a project the administration says will address the largest bottleneck for rail commuters between Washington, D.C., and New Jersey. Jeff Barker/The Baltimore Sun.

STATE IG FAULTS BA CO SCHOOL SYSTEM FOR COMPUTER SECURITY BREACH: Maryland’s inspector general for education says the Baltimore County school system failed to provide adequate security for its computer network servers, despite several warnings from the state in the years preceding a devastating ransomware attack in 2020. The investigative report published Monday places the school system partially at fault for the hack that disrupted school operations days before the Thanksgiving holiday in 2020, when all instruction and school board meetings were taking place online due to the coronavirus pandemic. Lillian Reed and Sabrina LaBeouf/The Baltimore Sun.

MOORE TO NAME NEW MEMBERS OF STATE’s LOCAL ELECTIONS BOARDS: Every four years after an election, the Maryland governor makes what seems like routine appointments to the state’s 24 election boards, after seeking nominees from the local central committees of both the Democrat and Republican parties. With Gov. Larry Hogan (R) at the state’s helm for the past eight years, Republicans have held the majority on the local boards, but the new Democratic governor will flip the balance of power on the 24 boards when Gov. Wes Moore (D) makes his picks, giving Democrats the majority on the panels. William Zorzi/Maryland Matters.

POLITICAL NOTES: MORE MOORE HIRES; PARTY TIME: Gov. Wes Moore (D) is bringing his campaign manager into state government. Moore announced Monday that Ned Miller would be working for his administration as a senior adviser and director of public engagement. Sen. Jill Carter (D) will be the chair of the Baltimore City Senate Delegation this legislative session. And receptions for legislators are back with a vengeance. Josh Kurtz and Danielle Gaines/Maryland Matters.

CRAB CAKES & WAFFLES FOR THE WES MOORE: Leaning into his pledge to shake things up in Maryland’s capital city, Gov. Wes Moore said Monday that he’ll be making a bit of an unusual request for the specialty menu item named after him at Annapolis institution Chick & Ruth’s Delly. “The Wes Moore,” he said, should be an order of crab cakes and waffles. Sam Janesch/The Baltimore Sun.