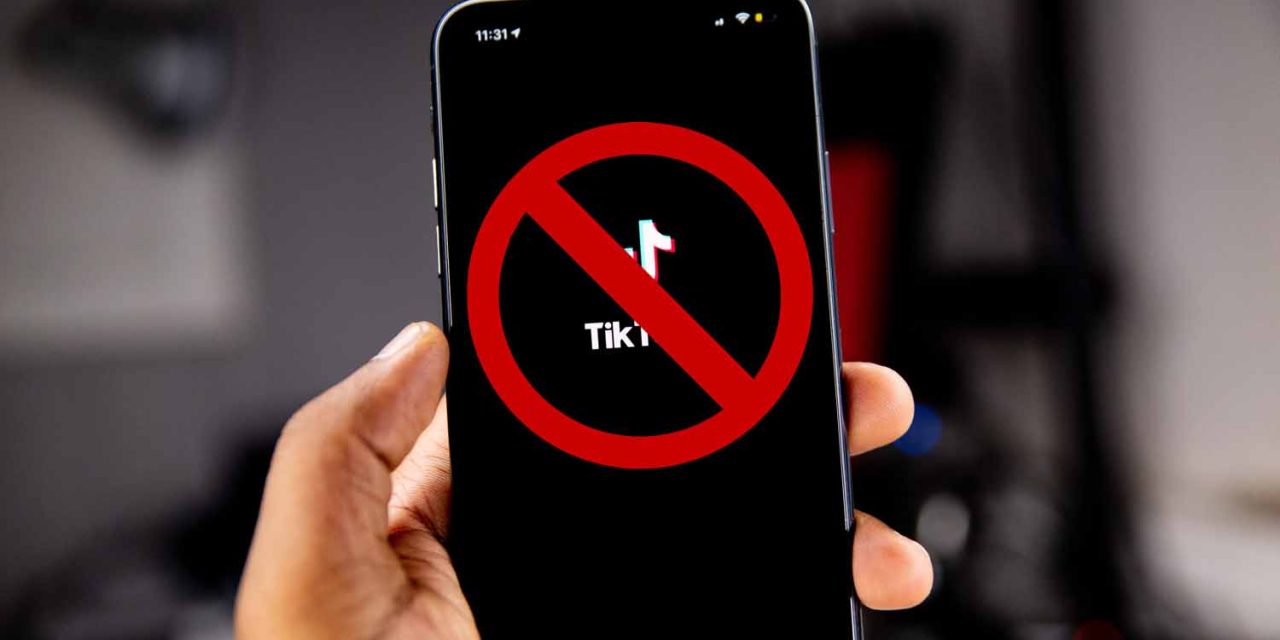 Tiktok and other suspect platforms have been banned in state government, a trend happening throughout the nation. Tiktok photo by Solen Feyissa for Unsplash. Image by Cynthia Prairie. 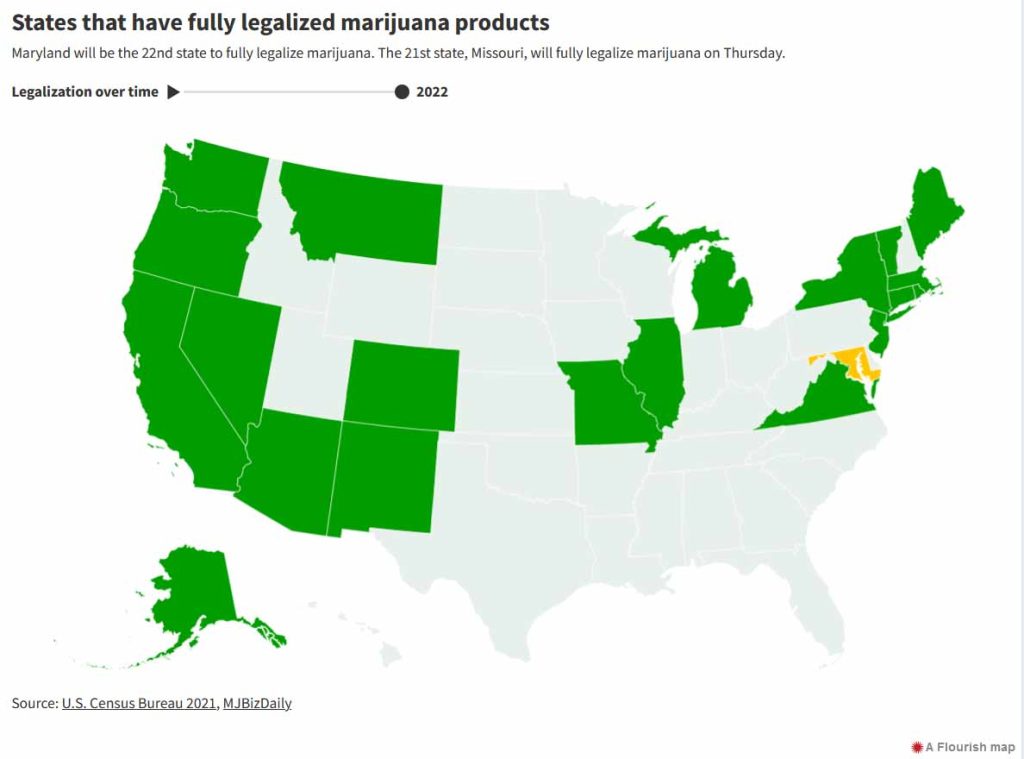 Map shows what states have legalized recreational cannabis by 2022.

NEW POT LAW TO ALTER CRIMINAL JUSTICE SYSTEM: Legalization of recreational marijuana, which goes into full effect on July 1, 2023, allows the possession and sale of cannabis products up to one ounce for anyone 21 or older, and will mean the expungement of cannabis-related records for thousands of people. While it’s not clear how many people currently have a marijuana possession charge on their record, approximately 15,000 people in Maryland were arrested for cannabis-related charges between 2018 and 2020. Lyna Bentahar of CNS/MarylandReporter.com.

STATE AVIATION ADMIN HALTS CONTRACT PROCESS AFTER LAWSUIT FILED: The Maryland Aviation Administration has halted the process of awarding a lucrative contract to manage the expansive concessions operations at BWI Thurgood Marshall Airport. The MAA, which runs the airport, issued a terse, one-paragraph notice to bidders late Friday afternoon informing them of the decision, but providing few details. By Tuesday, the reason for the pause became apparent: The current holder of the airport concessions deal sued the state on Friday, maintaining that the company the MAA recommended for the new contract is trading on its political connections and is unqualified for the job. Josh Kurtz/Maryland Matters.

MORE KINDERGARTENERS READY FOR SCHOOLING: About 42% of kindergarteners across Maryland are considered academically ready for the classroom this year. That’s an improvement on the statewide Kindergarten Readiness Assessment when only 40% were academically prepared last year. But not nearly enough children are academically prepared for those statistics to be considered successful. Officials discussed the data during the Maryland State Board of Education meeting on Tuesday. Zshekinah Collier/WYPR-FM.

WES MOORE DISCUSSES PLANS FOR HIS FIRST 100 DAYS: In this 28-minute recording from Nov. 30, Gov.-elect Wes Moore discusses his victory over Republican Dan Cox, his plan for his first 100 days, the state of national politics and whether the Washington Commanders should keep playing football in Maryland. Jonathan Capeheart/The Washington Post.

HARFORD COUNCIL WRESTLES WITH LEGALITY OF TEACHER-COLLEAGUE: At its first legislative session Tuesday night with a newly elected body, the Harford County Council held a closed session to consult with lawyers to determine if council member Jacob Bennett can serve on the council while employed by Harford County Public Schools. New County Executive Bob Cassilly, an attorney, has vehemently said that as a teacher Bennett is employed by a government entity and therefore cannot according to the charter. Others disagree. Jason Fontelieu/The Aegis.

NEW PRINCE GEORGE’S COUNCIL GETS TO WORK: A day after taking office, members of the Prince George’s County Council gaveled in on Tuesday and got to work. Dubbing itself “the people’s council,” the body wants county residents to anticipate an era of openness about governing and decision-making and a newfound sense of urgency, Thomas E. Dernoga (D-District 1) said in an interview. Lateshia Beachum/The Washington Post.

HOWARD LEADERS TAKE OATHS FOR SECOND TERMS: County Executive Calvin Ball and all five members of the Howard County Council were sworn into their second terms in office Monday night. All six county leaders were reelected last month, and all but one are Democrats. Sherry Greenfield/Baltimore Media.

GLASS, FRIEDSON NAMED TO HEAD MO CO COUNCIL: The 20th Montgomery County Council began its four-year term on Tuesday by electing Evan Glass (D-At-large) as its president, and Andrew Friedson (D-Dist. 1) as its vice president. Both were 11-0 votes. Evan Glass, an openly gay man, made history as the first LGBTQ member to serve as council president in the legislative body’s history. Steve Bohnel/Bethesda Beat.

MO CO BANS GAS IN MOST NEW CONSTRUCTION: Montgomery County, home to more than a million residents, has passed landmark legislation requiring new residential and commercial buildings to be all-electric — barring some exceptions — starting in 2027. While advocates celebrated the significance of the legislation, it came with an asterisk. Aman Ashar/The Baltimore Banner.