BALTIMORE HOPES FOR BETTER RELATIONS WITH NEW GOV: If Democrats statewide relish having one of their own occupying the state’s most powerful office after eight years of Republican Gov. Larry Hogan, Baltimoreans in particular see an advantage in having a governor from their city. Hannah Gaskill and Emily Opilo/The Baltimore Sun.

LAWMAKERS TO TEST LIMITS OF GUN RIGHTS LEGISLATION: Ten years after enacting a far-reaching gun control law, the Maryland General Assembly will consider legislation this coming session aimed again at protecting Marylanders from firearm violence but in a more challenging legal environment. Chief among the proposals will be a bill prohibiting gun possession in “sensitive locations,” such as schools, places of worship, parks, libraries and hospitals, said Sen. William C. “Will” Smith Jr., D-Montgomery and chair of the Senate Judicial Proceedings Committee. Steve Lash/The Daily Record.

OPINION: CLOSE MARYLAND’s MARITAL RAPE LOOPHOLE: Sexual assault should be illegal, and marriage should be no defense — it’s an ideal the U.S. has been working toward since the 1970s, when states began outlawing marital rape. In Maryland, loopholes still exist that let people get away with assaulting their spouses. Fortunately, efforts to close those loopholes are intensifying. Chris Apple/Maryland Matters.

AMONG MARYLAND HISTORIC FIRSTS, LATINOS LEFT BEHIND: As Maryland voters ushered in a wave of historic statewide firsts this Election Day — and some in Prince George’s County — Latinos were left behind. Prince George’s will be without a Latino county council representative for the first time in 18 years — a span of time that saw the community’s population here diversify and nearly triple. Lateshia Beachum/The Washington Post.

FORMER CANDIDATE TO SEEK LUEDTKE’s HOUSE SEAT: A candidate that finished out of the winning spots this year in the Democratic primary for Montgomery County’s District 14 in the House of Delegates is now vying for an open seat. The seat will open up on Jan. 2, when Del. Eric Luedtke, the House Majority Leader, will resign to take a seat in Gov.-elect Wes Moore’s cabinet. Steve Bohnel/Bethesda Beat.

LATE VOTE COUNTS SEES 5 CONSERVATIVE SCHOOL BOARD CANDIDATES FALL: Five socially conservative school board candidates in Maryland who were leading just after Election Night ended up losing when the counting of mail-in and provisional ballots was concluded. Those changes meant that 20 of the 41 socially conservative candidates identified by Capital News Service came out ahead in their races, down from 25 right after last month’s election, according to unofficial results posted on the Maryland Board of Elections website. Jenna Bloom and Danielle Hodes/The Capital News Service.

CHALLENGES, PLANS FACE OLSZEWSKI IN 2nd TERM: When Johnny Olszewski is sworn in for his second four-year term as Baltimore County executive, he will find himself in charge of a county awash in money but facing financial headwinds with record high inflation that means it costs more for local governments to do or purchase anything. Controversial issues like a proposed plastic bag plan or imposing restrictions on developers building new housing near overcrowded schools are likely to be on Olszewski’s full plate. And there’s a lingering question about how much autonomy the Baltimore County Inspector General’s office, the taxpayer watchdog, should have over elected officials and county workers. John Lee/WYPR-FM.

PITTMAN INAUGURATED TODAY: After his win in the general election earlier this month, County Executive Steuart Pittman will be inaugurated for his second four-year term at 11 a.m. Monday. Pittman, a Democrat, will take the oath of office, administered by recently reelected Clerk of the Anne Arundel County Circuit Court Scott Poyer, and lay out his plans for his next four years. He defeated Republican County Council member, Jessica Haire, by more than 15,000 votes. Dana Munro/The Capital Gazette.

HARFORD INAUGURATES FIRST ELECTED WOMAN TO COURT CLERK: Lifelong Harford County resident Michelle Karczeski was inaugurated Thursday after being the first woman elected as the county’s clerk of the circuit court. The Bel Air resident succeeds Linda Settle, who has served in the position since James Reilly retired in September. Jason Fontelieu/The Aegis. 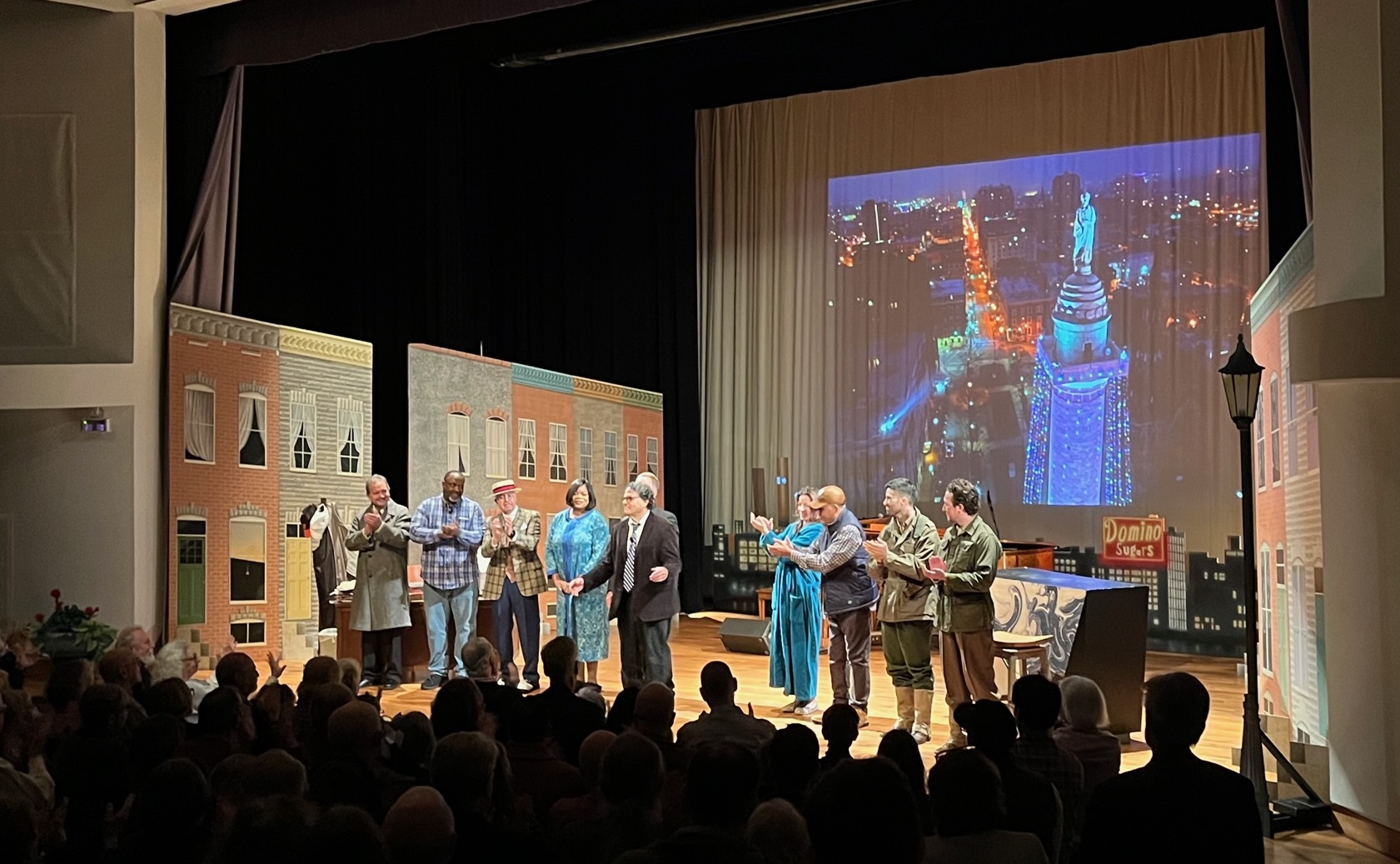 Sun columnist Dan Rodricks, center on stage, takes the applause of his cast and audience at his new one-act play where he portrays himself. MarylandReporter.com photo by Len Lazarick

REVIEW: RODRICKS’ SHOW DESERVES A LONGER RUN: Let’s persuade Dan Rodricks to revive his weekend-only show ‘Baltimore: You have no idea.’ It made me laugh. It made me cry. And it makes me sad to write about Sun columnist Rodricks’ one-act, one-man (with ensemble) tour de force because it began and ended its run this weekend at the Baltimore Museum of Art auditorium. Len Lazarick/Maryland Reporter.

JHU-BALTIMORE POLICE SIGN MOU OVER CAMPUS COPS: The Johns Hopkins University on Friday released the finalized, signed memorandum of understanding between itself and the Baltimore Police Department, establishing a formal agreement for a new university police agency to patrol the school’s three campuses in the city. Sabrina LeBoeuf/The Baltimore Sun.

JUDGE REPRIMANDED FOR POLITICAL CONTRIBUTIONS, FAILING TO COOPERATE: The Maryland Commission on Judicial Disabilities has reprimanded Baltimore District Judge Flynn M. Owens for contributing to political candidates and failing to cooperate with disciplinary authorities. The commission’s written notice of reprimand, to which Owens consented, did not provide any detail regarding the contributions or lack of cooperation. Steve Lash/The Daily Record.

FORMER BAY PROGRAM DIRECTOR ‘NICK’ DiPASQUALE DIES AT 71: Nicholas A. “Nick” DiPasquale, an ardent environmentalist and former director of the Environmental Protection Agency’s Chesapeake Bay Program, died Nov. 24 after a long battle with lung cancer, surrounded by family at his home in Chestertown on the Eastern Shore. He was 71. Ngan Ho/The Baltimore Sun.