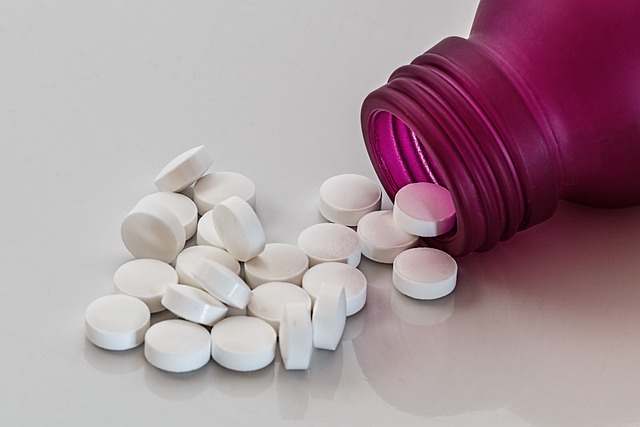 Pain diagrams soon began popping up in doctor’s offices around the country. On the left of the spectrum, a pain level of zero and a smiley face. On the right, a pain level of 10 and a scowl. While the medical field used to focus on reducing pain, the goal was suddenly to eliminate it altogether, said Robin Rickard, executive director for Maryland’s Opioid Operational Command Center (OOCC).

The best way to eliminate pain, many thought, was with opioids.

“Lots of doctors started prescribing large opioid prescriptions,” Rickard said. “And then there was the heavy shift in marketing of prescription opioids such as oxycodone.”Thus began the modern opioid epidemic, but the landscape of the crisis transformed more than a few times since the 90s. After prescription opioids came heroin. In 2016, the epidemic turned toward fentanyl.

Fentanyl has existed since the 60s. The drug is traditionally used in medical settings — physicians in operating rooms might use fentanyl as a powerful anesthetic or for treatment of extreme pain.

But fentanyl began flooding illicit markets across the nation over the last decade as opioid-related deaths have skyrocketed. In 2010, there were 21,088 opioid-related deaths in the U.S. In 2020, that number rose to 68,630, a 225 percent increase, according to the National Institutes of Health.

Fentanyl is cheap and potent. It is relatively easy to produce in a lab and is 50 times more powerful than heroin. For drug dealers, the drug is an effective additive to other drugs, namely cocaine, Rickard said. For people who use drugs, it’s a quicker, more intense way to get high, even if they don’t know what they’re taking has fentanyl in it.

In 2020, fentanyl was found in over half of all overdose death cases for every single classification of drug, according to the Maryland Department of Health. Fentanyl was present in 90 percent of all cocaine-related overdose deaths.

Fentanyl’s overlap with other drugs is a defining aspect of its use across the state. Not a lot of people are seeking out pure fentanyl, Rickard said.

“Drug dealers, they want to add those cutting agents because then they can make more, instead of selling to someone pure fentanyl and then they may overdose and die,” Rickard said. “Then they don’t have that customer or that client to come back.”

In 2020, only 2.5 percent of overdose deaths in which fentanyl was found involved fentanyl alone. In most cases, fentanyl was included with cocaine or heroin. Those cases make up 1,352 deaths — just under half of all drug- and alcohol-related intoxication deaths in Maryland.

The rise of fentanyl-related deaths coincides with discrepancies in overdose deaths among disadvantaged populations. In 2020, a large majority of people who died from a drug overdose were enrolled in medicaid within the year before their death.

Marylanders are eligible for medicaid if they are under 65 years old and have an income at or below 138% of the Federal Poverty Level. There are also certain income specifications for children, pregnant women and people with disabilities. Less than a quarter of Marylanders are enrolled in this program.

Black and Hispanic Marylanders account for a disproportionate rate of overdose deaths. In 2020, Black people accounted for 40 percent of all fentanyl-related deaths in the state, yet only 31 percent of Maryland’s population is Black.

Drugs disproportionately impacting minority communities is not new. It goes back to the War on Drugs, said Brittney Spencer, director of opioid overdose prevention with the Baltimore City Health Department.

“[Illicit opioids] is not something that became an epidemic in those communities in 2015, as it so was coined,” Spencer said. “This has been going on since the 60s, 70s, 80s.”

Year-to-date incarcerations for nonviolent drug offenses grew from 50,000 in 1980 to 400,000 in 1997, according to Britannica. Many of those involved Black Americans.

What drives the continued disparity today is a lasting stigma against health care in Black and brown communities, lack of access to preventative and treatment measures, and generational disproportions of wealth that may keep these communities within a cycle of poverty, Spencer said.

“It’s not just the addiction,” Spencer said. “It’s the poverty. It’s the lack of trust.”

New programs aim to rectify past wrongs by treating the epidemic as an issue of health rather than crime. Some initiatives provide citizens with fentanyl test strips, which help assure their drugs aren’t laced, and with naloxone, a life-saving antidote in the event of an overdose.

These preventative and treatment measures have become especially significant as many overdose deaths — most of which include fentanyl — happen in people’s residences, where overdose care is limited. In many cases, there was a bystander present at the time of death.

“If that bystander had naloxone with them … that person’s life could have been saved,” Rickard said.

In Baltimore, one program is bringing health care directly to communities that are affected by historic cycles of poverty and drug use. “Health Care on the SPOT” dispatches a mobile van — literally a hospital on wheels — that provides free health care and drug addiction care wherever it goes, Spencer said.

In the midst of fentanyl’s rise to prominence, programs like this aim to help citizens feel safe in navigating the world of drugs. The key is instilling equity, trust and compassion into these communities and meeting people where they are, Spencer said.

“Nobody can make better choices tomorrow,” Spencer said, “unless you give them a tomorrow.”