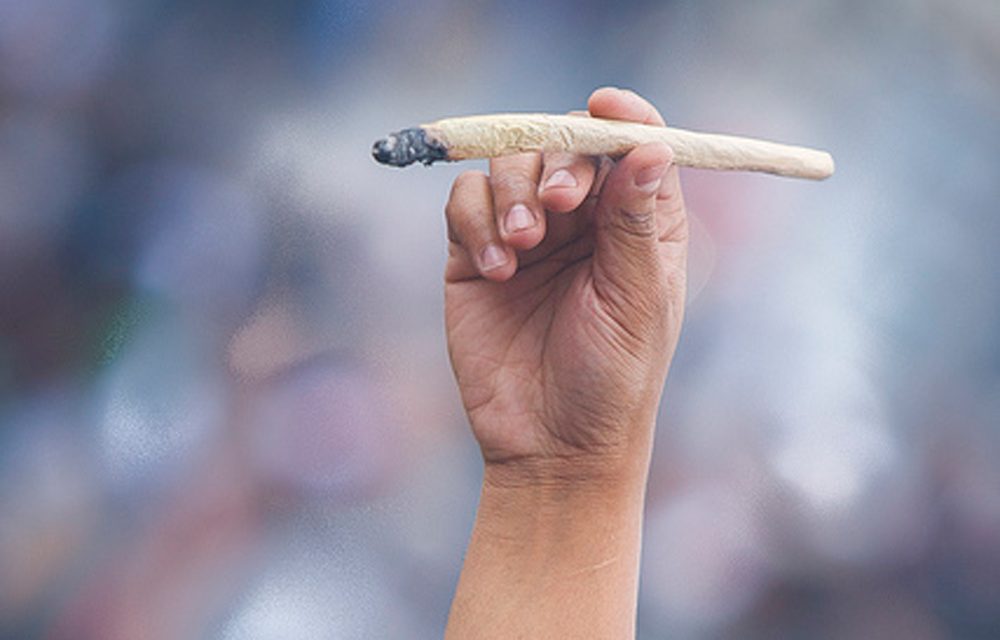 Nationwide, Black owners are lacking in the cannabis industry. By macwiz on Flickr

COX AND MOORE ON THE ISSUES, THE VIDEO INTERVIEWS: Democrat Wes Moore and Republican Dan Cox sit down to answer questions on issues important to Marylanders. Want to know the one policy they would focus on to address crime? How about what they will do to target learning loss and students’ mental health challenges? What to do about inflation? Whether they prefer Smith Island Cake or Berger cookies? Ovetta Wiggins, Erin Cox and Michael Cadenhead/The Washington Post.

PRESIDENT BIDEN TO RALLY IN BLUE MARYLAND ON MONDAY: After traveling to states with much higher-profile gubernatorial and U.S. Senate races, President Joe Biden will hold a rally next week in solidly Democratic Maryland the day before the crucial midterm elections, according to the White House. It raises questions as to why. Jeff Barker/The Baltimore Sun.

SMOOTH, BUT LOWER EARLY VOTING IN SOUTHERN MARYLAND: The prelude to Election Day shows voting in Southern Maryland are likely to be a good bit stronger than the July primary, though early voting turnout in the region is seemingly lower than four years ago. Early voting will end today. Gail Hatfield, Calvert County election administrator, said the county’s three early voting sites were seeing improved numbers, with voters going to their region’s sites. “Smooth,” was how Hatfield described early voting. “No issues, no drama — a nice, quiet, productive election.” Marty Madden/Southern Maryland News.

NATIONWIDE, CANNABIS INDUSTRY LACKS BLACK-OWNED BUSINESSES: A new report shows the nationwide cannabis market lacks Black-owned businesses and that some goals that states have set to boost the industry are unclear. Those assessments are highlighted in a document that the Maryland House of Delegates’ Cannabis Referendum and Legalization work group reviewed Tuesday. The virtual discussion took place one week before Election Day when Marylanders will cast votes for or against making recreational use of cannabis legal for for adults 21 and older. William Ford/Maryland Matters.

‘APPROPRIATE ACTIONS TAKEN’ BY STATE IN GUNPOWDER FALLS SCANDAL: The Maryland natural resources secretary on Wednesday responded to calls for an independent investigation into Gunpowder Falls State Park — where the longtime park manager was recently indicted on charges of raping two employees following years of complaints about a toxic work environment — by stating that she had taken “appropriate actions to address the situation.” Julie Scharper/The Baltimore Banner.

MORGAN TURNS DOWN HEAT IN RACE AGAINST U.S. REP. SARBANES: Yuripzy Morgan had a career in the hot take world of conservative talk radio, but the congressional candidate — unlike fellow Republicans — has turned down the heat as she challenges an eight-term incumbent in central Maryland’s 3rd Congressional District. Morgan, who is also an attorney, is challenging Rep. John Sarbanes following redistricting. John Meltzer/The Baltimore Banner.

ARUNDEL BALLOT QUESTIONS BIG & SMALL: Anne Arundel residents will being voting on 13 ballot measures, including eight related to county government. Some questions will make only small changes, such as the names of commissions and making the County Charter more inclusive. Others, such as a question that would increase term limits on the County Council from two consecutive four-year terms to three, would fundamentally change how the county operates, allowing legislators to serve more than a decade at a time. Dana Munro/The Annapolis Capital.

DEM HARFORD EXEC HOPEFUL RUNS ‘IN THE MIDDLE:’ Blane Miller is running for Harford County executive as a Democrat. Both of his Harford County Council runs were as a Republican, yet Miller describes himself as more of moderate. He initially planned to run as an independent but found it easier to run as a Democrat. “I’m either a conservative Democrat or a liberal Republican,” he said. “Either way, I’m a moderate. I’m in the middle …” Jason Fontelieu/The Aegis.

POLITICAL NOTES: BLAIR STILL PAYING FOR CHALLENGE TO ELRICH: Three months after the July 19 primary – and more than two months after he conceded defeat to incumbent Marc Elrich by a mere 32 votes in the race for the Democratic county executive nomination – the record price tag of businessman David Blair’s bid for the post continues to grow. Louis Peck and Steve Bohnel/Bethesda Beat.

BEST FARM PRACTICES IN BAY WATERSHED YIELD POSITIVE ECONOMIC RETURNS: Investments in agricultural best management practices have positive returns for the economy, according to a report released by the Chesapeake Bay Foundation on Wednesday. The report found that for every dollar spent on farmers’ best management practices within the Bay watershed, $1.75 is returned through higher sales of goods and services as well as earnings. Charlie Paullin/Maryland Matters.

OPINION: POWER SHIFTS AT PUBLIC SCHOOLS: The firing of a contractual professor at New York University after student complaints has prompted an outcry over the power shift. “The power equation in colleges and universities, particularly in public academia, has in the last half century shifted decidedly from faculty to students due to enrollment decline and heightened competition among schools for dwindling college-age matriculation.” Richard Vatz/The Baltimore Sun.