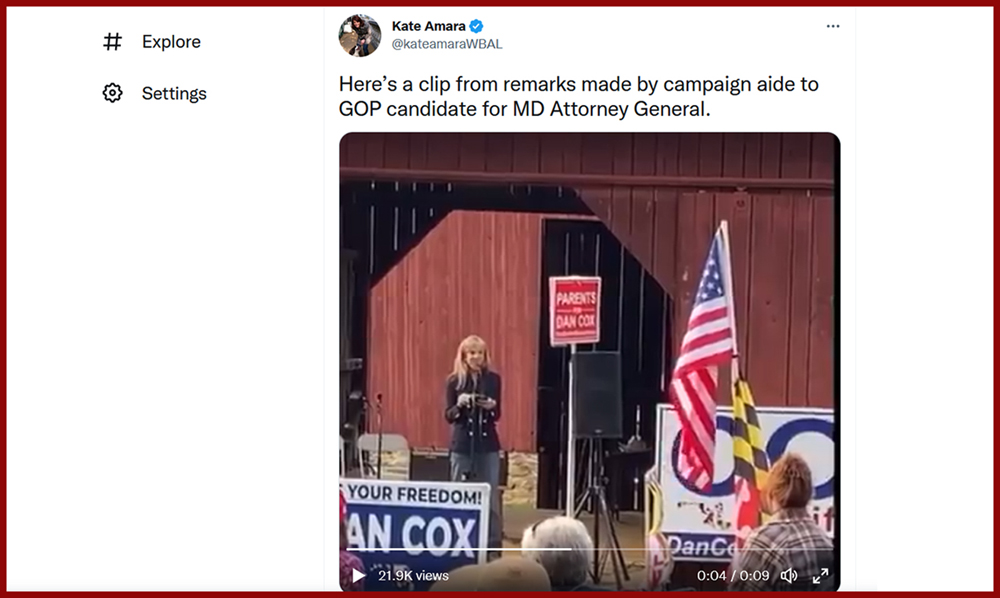 Macky Stafford, a campaign aide for attorney general candidate Michael Peroutka, is seen in this screen shot from a video by Kate Amara of WBAL-TV, urging supporters to vote late on Nov. 8, to 'get in line at 6 o'clock. That would actually help us.'

PEROUTKA AIDE URGES SUPPORTERS TO ‘VOTE LATE:’ Campaigns usually encourage supporters to vote early. Not Michael Peroutka, the Republican candidate for state attorney general. In a video that surfaced over the weekend, a top Peroutka aide encouraged supporters to arrive two hours before the polls close on Tuesday, Nov. 8. “Vote on November 8th as late in the day as possible,” said campaign coordinator Macky Stafford. “If everyone could stand in long, long lines at 6 o’clock, that would actually help us.” Bruce DePuyt/Maryland Matters.

VOTERS TAKE ADVANTAGE OF MAIL-IN, EARLY VOTING: With a week left until Election Day, voters in some areas of Maryland are making sure they get out early to beat the lines and cast their votes — even in the rain. Baltimore County is leading when it comes to in-person early voter turnout, and more than half of the county’s voters who requested a mail-in ballot have already returned them. Jenyne Donaldson/WBAL-TV.

EARLY VOTING FOR MOORE; COX TO VOTE ON NOV. 8: Democratic nominee Wes Moore cast his ballot Monday in early voting. Republican nominee Dan Cox told 11 News he and his wife plan to vote on the morning of Election Day, and he distanced himself from remarks made Friday, urging people to vote late on Election Day. Staff/WBAL-TV.

ISSUES ON THE BALLOT: Maryland voters — by mail and early voting and on Election Day — will have the opportunity to be heard on a handful of ballot issues in addition to choosing the next governor, comptroller and attorney general. After decades of debate, the voters have the chance to approve the legalization of recreational marijuana. Bryan Sears/The Daily Record.

MOORE TO SET UP INVESTMENT BLIND TRUST, SHOULD HE WIN: If Democrat Wes Moore is elected as Maryland’s next governor, he’ll have important decisions to make about his personal finances and business investments. Moore said he would put his business investments into a blind trust, a more stringent setup that typically is managed by an independent party without Moore’s input. He also said he would resign from corporate boards. Pamela Wood/The Baltimore Banner. 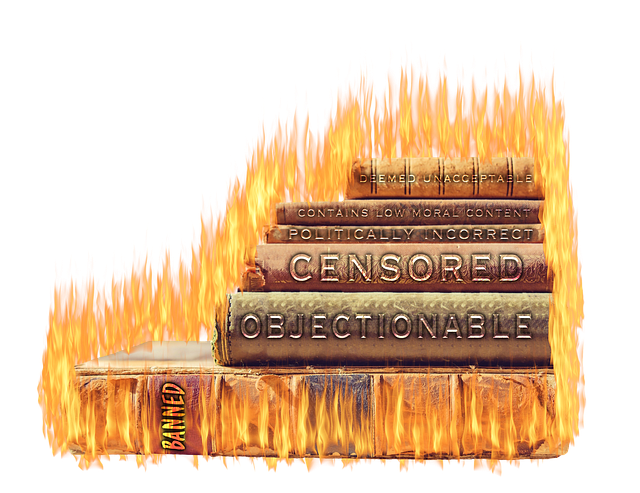 Image by Amy Z from Pixabay

BOOK-BANNING CONSERVATIVE SCHOOL BOARD HOPEFULS RUN IN AT LEAST 11 COUNTIES: Conservative school board candidates who want to remove books dealing with gender identity, racism and other socially sensitive topics from school library shelves are running in at least 11 of Maryland’s 23 counties, according to a Capital News Service survey of the candidates. But those socially conservative school board candidates are in the minority. Abigail Warwick and Sasha Allen of CNS/MarylandReporter.com.

A TWISTY TURNY WICOMICO EXEC RACE: This year’s race for executive of Wicomico County on the Lower Eastern Shore has featured three novel candidates, along with numerous twists and turns, on the way to Election Day. Louis Peck/Maryland Matters.

HAIRE OUTSPENDS PITTMAN IN RACE FOR ARUNDEL EXEC: Over the last 10 months, Anne Arundel County Council member Jessica Haire has outspent County Executive Steuart Pittman by about $600,000 in the race for Anne Arundel County executive. Since mid-January, Haire, a Republican from Edgewater, has spent around $1.6 million, including more than $516,000 in the past two months, according to campaign finance reports filed Friday. Dana Munro/The Capital Gazette.

McDONOUGH V. OLSZEWSKI FOR BALTIMORE COUNTY EXEC: Voters in Baltimore County will soon decide who they want to lead in the next election, as Johnny Olszewski asks voters for another term. The incumbent faces Republican challenger, Pat McDonough, who vowed to bring a change to the county. The full video interview can be found here. Mikenzie Frost/WBFF-TV.

McDONOUGH LATE WITH CAMPAIGN FINANCE REPORT: The Republican running for Baltimore County executive missed the Friday midnight deadline to file his latest campaign finance report. Pat McDonough said he is missing a couple of receipts he needs before he can file. The penalty for missing the deadline is $20 a day for the first week. It goes up to $35 a day the second week, then $50 a day if the report has not been filed the third week after the deadline. John Lee/WYPR-FM.