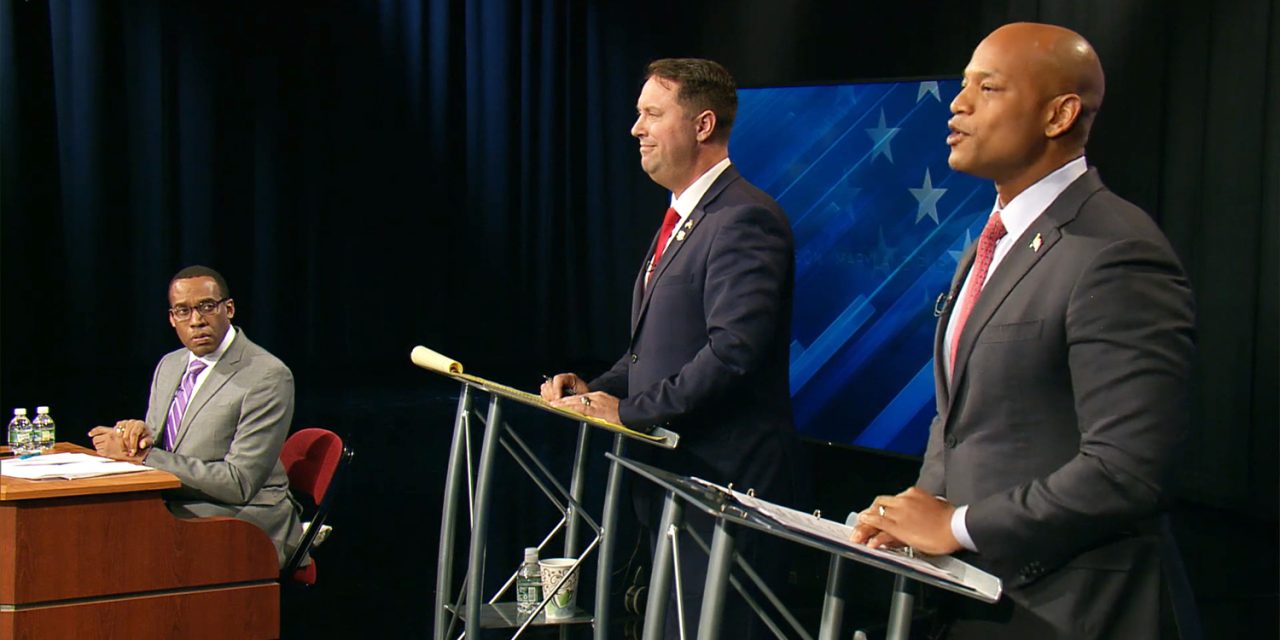 In evaluating political debates, which I have done in classes and public as a professor of rhetoric for over four decades, it is reasonably expected that one reveal his biases: I am a Howard Baker conservative, and I have had some interaction with some of the principals in Wednesday night’s gubernatorial debate, including directly with MPT’s Jeff Salkin, who is one of the fairest political journalists I have known in Maryland, and indirectly with journalist Pamela Wood.

I have tried and failed repeatedly to reach Wes Moore to ask him to speak to my class. I have had no contact with Dan Cox who appallingly called Vice President Mike Pence a “traitor” and irresponsibly tried to impeach Gov. Larry Hogan, yet  gave the governor an “A” in his leadership, save on COVID.

Moore gave Hogan an “Incomplete” in one of the more clever remarks of the often ugly interpersonal exchanges of the evening, which included Cox calling Moore a “phony,” and Moore calling Cox an “extremist.”

The questioners were heavily weighted against Cox with the student questioners and Alexis Taylor not even trying to hide their contempt for him.  Are there no disinterested questioners outside of Salkin left in Maryland?

There was conspicuously little on the horrible violence which dominates Baltimore and the rest of Maryland as well as educational failure in Baltimore, and, of course, nothing on the problem of fatherlessness, a seminal problem which haunts much of Baltimore and some other areas.  Bees Beasley, the Salisbury University newspaper editor, “covered” violence by asking “How will gun-control and crime prevention intersect under your administration?.

Stylistically, Moore had it all over Cox. He was more fluent, clearer and more charismatic than Cox. Cox stuttered and stammered and had difficulty articulating his points. Moore was smooth and looked unflappable. Strangely, but correctly and successfully, Cox demanded that he was scheduled to go first in the final statements, despite the advantage that inheres in speaking last in debates.

The candidates often simply denied or ignored the more radical charges leveled at them by their opponent, such as Cox’s charge that Moore wanted to defund the police (Moore noted that he had the political endorsement of the police. In the Salon magazine reference Cox cited, the podcast host uses the term “defund the police” three times but Moore does not.)

In another charge, Cox said that Moore wants to ban gasoline cars based on Maryland’s link to a California law (no responsive reaction). Cox also said Moore supported reparations and transfer of wealth to minorities (No direct answer: “The impacts of racial disparities did not start two years ago, Delegate Cox.”) Moore also cited Cox’s fealty to Trump (no denial) and Cox’s disaffection for the popular governor (but, again, Cox gave Hogan an “A”). Moore insisted that all Cox’s charges were untrue.

All in all, Moore clearly won on style and substance.  With fairer and less politically committed questioners, it could have been closer.