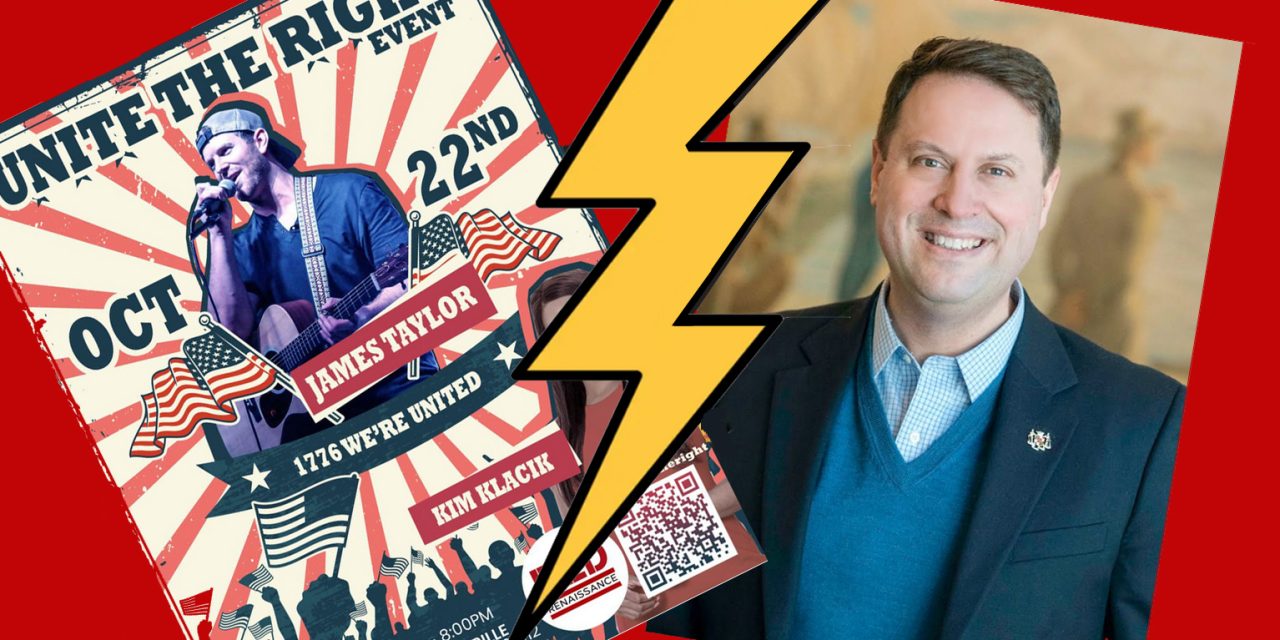 Republican gubernatorial candidate Dan Cox has pulled out of Kim Klacik's planned 'Unite the Right' event after speaking with Jewish leaders about the name's reference to an anti-semitic and racist rally in Charlottesville, Va., that turned deadly. Illustration by Cynthia Prairie

COX PULLS OUT OF KLACIK’s ‘UNITE THE RIGHT’ EVENT: Several Republican candidates are scheduled to attend a political event later this month called “Unite the Right” — the same name used at the deadly 2017 rally in Charlottesville, Va. The event is hosted by Kim Klacik, a WBAL Radio talk show host and former candidate for Congress who is founder and president of Red Renaissance, a political action committee. Pamela Wood/The Baltimore Banner.

UNIONS ASK BPW TO DELAY VOTE ON HOSPITAL CONTRACTS: Union members and advocates on Monday called on the Board of Public Works to deny the state health department permission to approve vendors and execute two private health care contracts on their own. Privatizing health care services for the Western Maryland Hospital Center in Hagerstown  would effectively eradicate services for people who can’t afford to get health care elsewhere, critics of the contracts said. Brenda Wintrode and Rachel Baye/The Baltimore Banner.

BWI NOISE COULD COST TAXPAYERS $800M OVER NEXT 30 YEARS: Findings from a new study by the University of Maryland’s School of Pharmacy show that Marylanders could pay $800 million over the next 30 years in medical expenses, lost productivity and lost time as a result of airplane noise around BWI Marshall Airport. Dana Munro/The Capital Gazette.

NEW POTOMAC CROSSING TO OPEN THURSDAY; NICE BRIDGE FATE UNKNOWN: Maryland officials plan to open a new Potomac River crossing Thursday, a date that is months ahead of schedule for a $463 million project. That timeline might normally be a cause for celebration, but the date was only disclosed amid a legal battle over the fate of an 82-year-old parallel crossing – the Governor Harry W. Nice Memorial/Senator Thomas “Mac” Middleton Bridge – that bike advocates hope to save. Ian Duncan/The Washington Post.

MO CO PRES TO LOOK INTO PLANNING DEPT TURMOIL: Montgomery County Council President Gabe Albornoz said Monday that the council has questions about the county Planning Board’s ’s decision Friday to fire Planning Director Gwen Wright, and said he is “deeply troubled” by what has transpired in the Planning Department over the last several weeks. Ginny Bixby/Bethesda Beat.