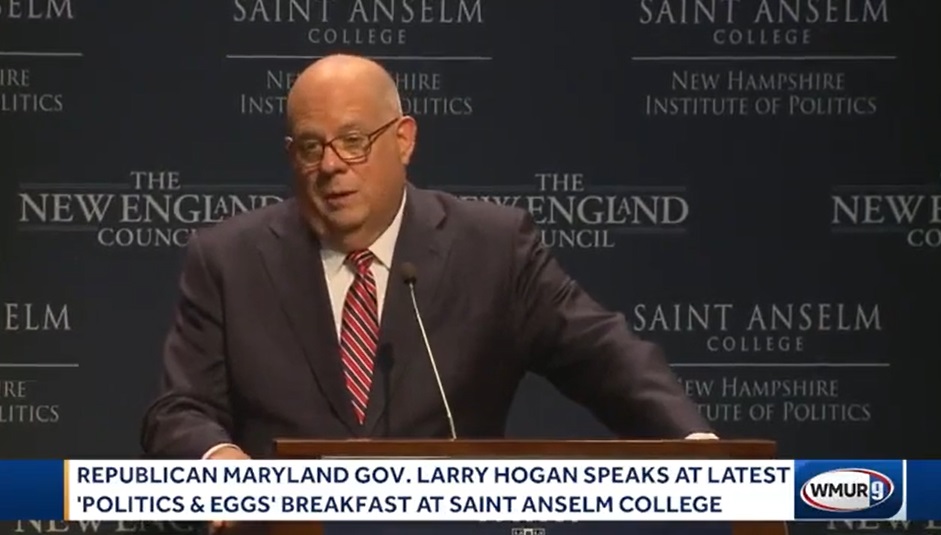 BIDEN VISITING HAGERSTOWN FRIDAY, LOCATED IN COMPETITIVE CONGRESSIONAL DISTRICT: President Joe Biden will be arriving at the Hagerstown Regional Airport on Friday to visit the Volvo Group powertrain plant, where he will deliver remarks on “building the economy from the bottom up and middle out.” Julie Green/Hagerstown Herald-Mail

BIDEN PARDONS POSSESSION OF MARIJUANA CHARGES: President Joe Biden on Thursday announced that he would pardon thousands of Americans convicted of “simple possession” of marijuana and Baltimore City State’s Attorney Marilyn Mosby reacted to the announcement with praise. Mosby’s office has not prosecuted such cases since 2019. “Prosecuting marijuana possession cases has no public safety value, disproportionately impacts communities of color, erodes public trust and is a costly and counterproductive use of our limited resources.” WBAL radio

FORUM SPOTLIGHTS COMPTROLLER RACE: In one of the most competitive races in Maryland, the two candidates for state comptroller began a virtual forum Thursday with a civics lesson. Del. Brooke Lierman (D-Baltimore City) and Harford County Executive Barry Glassman (R) talked about how the comptroller is one of three independent elected officials statewide, sits on various boards, and serves as the state’s tax collector. William Ford/Maryland Matters

SUN ENDORSES LIERMAN, BROWN, MIZEUR: There were no surprises in Baltimore Sun editorial endorsements this week, all Democrats: Brooke Lierman for state comptroller, Anthony Brown for attorney general, and Heather Mizeur in the 1st Congressional District.

COMMENTARY: HAIRE LACKS CREDIBILITY ON LANDFILL DONATIONS: Anne Arundel County Executive Republican nominee Jessica Haire’s reliance on contributions from a development company leave standing questions about her personal integrity and honesty for not only Democratic and independent votes but also Republicans, former Del. Herb McMillan writes in the Annapolis Capital Gazette. McMillan, who finished second to Haire in the 2022 county executive primary, raises concerns about a 30-year, billion dollar landfill project those developers proposed and Haire said she had only learned about recently. Herb McMillan/Capital Gazette.

PROFILE OF ANNE ARUNDEL INCUMBENT STEUART PITTMAN: In the race, County Executive Steuart Pittman, a Democrat, is seeking a second term. As a boy, Pittman loved horses and now hopes to create a better future for Anne Arundel County, which he envisions will include more affordable and accessible housing, and more resilience to climate change. Dana Munro/Capital Gazette

STATE LOOKS TO BALTIMORE COUNTY EDUCATION DEAL WITH TEACHERS UNION: Teachers, their unions and school systems across the state are taking note of the deal to give Baltimore County gives teachers a raise as they consider their own local education systems. Baltimore County’s $76 million compensation package plan looks to improve teacher pay and increase teacher retention rates which impacts other teacher jobs in the region drawing  from the same talent pool. Timothy Dashiell/Capital News Service in Baltimore Post-Examiner