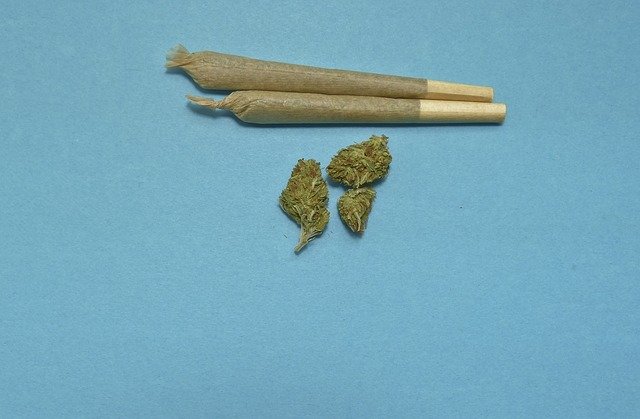 POLL: MOST MARYLANDERS BACK LEGAL RECREATIONAL POT: A large majority of registered voters in Maryland say they support legalizing recreational marijuana use, just weeks before voters will decide the question in the November election, a Washington Post-University of Maryland poll finds. Karina Elwood, Scott Clement and Emily Guskin/The Washington Post.

OPINION: VOTE AGAINST LEGAL RECREATIONAL MARIJUANA: In a recent Baltimore Banner/Goucher Poll, 59 percent of those polled support legalization marijuana while only 34 percent opposed it. The poll was taken prior to the Nov. 8 vote on Question #4, the constitutional amendment legalizing recreational marijuana. As they used to teach us in elementary school, just because something is popular doesn’t mean it’s right and just because something is right doesn’t make it popular. There are a multitude of reasons why legalizing recreational marijuana is bad politics and bad policy. Brian Griffiths/The Duckpin.

MARYLAND GETS $3M IN REPRODUCTIVE HEALTH RESEARCH GRANTS: The U.S. Department of Health and Human Services announced reproductive health research grants worth more than $6 million across the country, with more than half going to Maryland organizations and a university. A $750,000 Title X Family Planning Program grant also went to the Baltimore City Health Department. Meredith Cohn/The Baltimore Sun.

HIGH COURT WEIGHS BALLISTICS TESTIMONY: State ballistics experts should be barred from giving the damning testimony that a specific bullet was fired from a specific gun, because emerging studies belie the accuracy of a definitive link, a defense attorney told Maryland’s top court Tuesday. The court is considering the use of such testimony. But Assistant Maryland Attorney General Andrew J. DiMiceli countered that ballistics, while an inexact science, remains sufficiently reliable. Steve Lash/The Daily Record.

COX SIGNS ‘PARENT PLEDGE’ ON EDUCATION: Republican gubernatorial candidate Dan Cox signed the Moms for Liberty “Parent Pledge” over the weekend. The pledge says a candidate for public office will “honor the fundamental rights of parents, including, but not limited to the right to direct the education, medical care and moral upbringing of their children.” Moms for Liberty is challenging all 2022 candidates for elected office to sign the pledge. Nia Fitzhugh/WBFF-TV News.

VOTING EARLY: WHAT TO KNOW: Voters across Maryland who requested mail-in ballots start receiving them this week, beginning the run-up to the Nov. 8 election. Important races for governor, attorney general, comptroller and U.S. Senate will be decided as well as numerous state legislative and local contests. Here’s everything you need to know to cast your ballot. Emily Opilo/The Baltimore Sun.

McGRATH PROSECUTORS SEEK TO STOP USE OF SECRETLY RECORDED PHONE CALLS: Phone calls involving Gov. Larry Hogan and other high-ranking Maryland officials that the governor’s former chief of staff allegedly recorded in secret should not be admissible as evidence as Roy McGrath, the former staffer, heads to trial this month, federal prosecutors are arguing. Sam Janesch/The Baltimore Sun.

ARUNDEL COUNCIL VOTES DOWN FLAG BAN: The Democratic majority of the Anne Arundel County Council voted down a controversial bill that would have banned outside parties from being authorized to fly their flags on county flagpoles. Dana Munro/The Annapolis Capital

IN MO CO POLICE CASE, TRANSPARENCY GROUPS SEEK MORE TRANSPARENCY: Montgomery County officials and the local police union planned to keep confidential their arguments in a lawsuit blocking the release of an officer’s disciplinary files. Union lawyers, with the county’s consent, asked a judge to seal legal briefs and hide the officer’s name — requests that the court granted. But several organizations that advocate for transparency have asked the judge to reconsider that decision in a case widely seen as an early test of Anton’s Law, passed by Maryland lawmakers last year to ensure public access to complaints of police misconduct. They’ve also asked for permission to intervene and make their own arguments in the case. Steve Thompson/The Washington Post.

STATE AUDIT DETAILS MISSPENDING IN MO CO SCHOOL SYSTEM: A state audit revealed more details of financial misconduct in the transportation department of Montgomery County schools, including ongoing theft, thousands of dollars in questionable credit card purchases and an “off the books” vendor account that have led to changes in the department’s leadership. Nicole Asbury/The Washington Post.

MO CO OFFICIAL DOCKED PAY FOR LIQUOR CABINET: Montgomery County Planning Board Chair Casey Anderson has been reprimanded by the County Council and stripped of four weeks pay after acknowledging that he kept a well-stocked liquor cabinet inside his office. Two other members of the planning board will lose one day of pay. Bruce DePuyt/Maryland Matters.