Working with caution in a job where danger looms 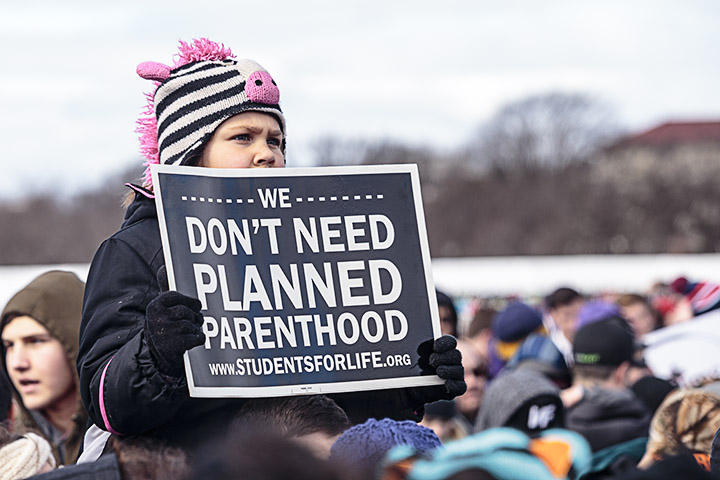 WASHINGTON - Many families came to the March for Life rally in Washington on Friday, Jan. 27, 2017. Participants of all ages held signs in support of the anti-abortion movement. (Tom Hausman/Capital News Service via AP)

ANNAPOLIS — Charlotte’s profession is not inherently dangerous, not like the jobs of cops, firefighters, FBI agents or security professionals.

But in Charlotte’s work world, people like her are stalked, they receive death threats, their offices are broken into while they work, there are bomb scares, they are physically attacked and their family members, including children, are harassed.

They are hunted by people like anti-abortion extremist Robert Lewis Dear Jr.

Just seven years ago, Dear, armed with a semi-automatic weapon and calling himself a “warrior for the babies,” burst into a Planned Parenthood clinic in Colorado Springs, Colorado and murdered three people and wounded nine.

Six years earlier, George Tiller, a doctor who performed abortions in Wichita, Kansas, was shot and killed by an anti-abortion activist as Tiller attended Sunday morning service at his church.

The consequence is people like Charlotte, the administrator of Hillcrest Clinic, an abortion provider just outside of Baltimore, do not give out their last names publicly for fear they or their families could be targeted. When talking to strangers, they are vague about where they work and what they do for a living for the same reason.

They provide a legal service that nearly a million women depend on annually; yet they live in a world of caution. 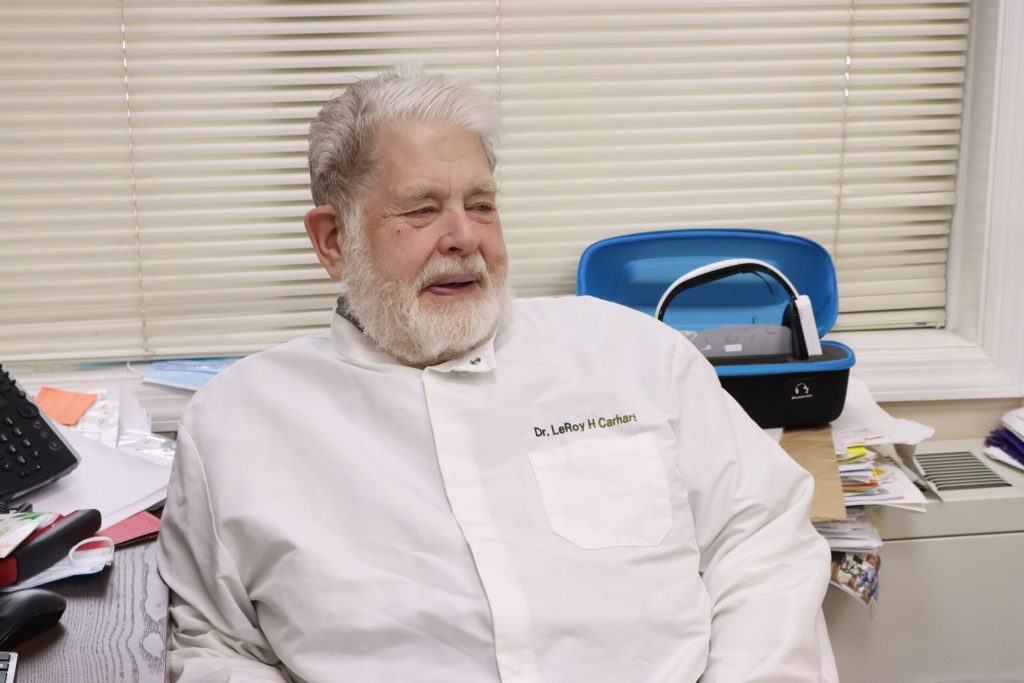 Dr. LeRoy Carhart, the medical director for Clinics for Abortion & Reproductive Excellence, has been a target of anti-abortion violence for decades. (Abby Zimmardi/Capital News Service)

According to the Violence and Disruption Statistics report by the National Abortion Federation, last year there were 182 deaths threats and threats of harm against abortion providers, 123 instances of assault and battery, 123 instances of vandalism, 28 instances of stalking and 16 invasions into abortion clinics. These numbers reflect an increase from 2020 reported incidents.

In response, the federation provides security services, which includes a team of workers who are on-call 24/7 to respond to incidents of anti-abortion attacks.

David Cohen, professor of law at Drexel University Kline School of Law in Philadelphia, has studied anti-abortion violence and is co-author of the book, “Living in the Crosshairs: The Untold Stories of Anti-Abortion Terrorism.”

Common attacks against abortion providers, Cohen said, include picketers yelling at them near the clinic property, online harassment, such as threatening videos, menacing voicemails, and hate mail that arrives at their homes and clinics.

“Because that’s what it is,” he said. “It’s people using violence and the threat of violence to try to accomplish a political goal, which is one of the most common understandings of terrorism.”

Charlotte said in her five years of being an abortion provider, she has been confronted at work with everything from non-violent protesters in the parking lot to people trying to break into the clinic.

She is not overly worried about protesters approaching her,” she said.

“If anything, it makes me want to double down and keep making sure that women have a safe place to receive this kind of healthcare and not let [anti-abortionists] win in that kind of way,” she said.

In one of the more extreme anti-abortion attacks, Charlotte said, protestors targeted the administrator’s child at a previous clinic where she worked and went to the child’s school to protest.

Ann Scheidler, president of the Pro Life Action League, a 42-year-old anti-abortion organization that conducts protests outside abortion clinics, said she does not condone violence.

“We’re not about violence to anyone,” she said. “Not to abortion providers, not to the women, not to the babies.”

Still, she said, she thinks abortion providers categorize harassment as violence. So, it skews the statistics of reported anti-abortion attacks.

“I don’t buy it that they are having all of this trouble,” Scheidler said. “I really just don’t. If it’s happening, we’re opposed to it. But I would be hard-pressed to be convinced that it’s a huge problem.”

She noted that pro-choice advocates can also be abusive. Her home has been vandalized four times because of her anti-abortion stance, she said.

“I would not call that violence,” she said. “It was harassment. It required some work to clean up the vandalism, but I don’t consider that to be violent. Violent would be, come and hit me over the head, which has not happened.”

Sue is a nurse practitioner at Clinics for Abortion & Reproductive Excellence in Bethesda, Maryland.

She moved to Maryland from Knoxville, Tennessee, after her clinic closed in June. The clinic, Knoxville Center for Reproductive Health, provided abortions on Mondays and Fridays, and on those days, protesters would line up in the parking lot and harass the patients, she said.

Walking past protesters on her way into work became a normal part of her day, she said.

“If we had a particularly rough day, and they were harassing people on the way into the parking lot, we would call the police sometimes because they were blocking our driveway,” Sue said. “Very often, we had cops show up who would high five them. We would always call them, so we were on record, but it didn’t really do any good.”

Sue and Charlotte said when they first began as abortion providers, they would tell people they worked in women’s health because of the frequency of harassment against workers like them.

Over the last four years, Sue said, protesters and the conversation surrounding abortion care have appeared to become more vehement.

“It’s sort of ramped up over the past six months, leading up until when we closed in June,” she said. “Things got progressively worse because they were emboldened by the pending Supreme Court decision.”

Dr. LeRoy Carhart, the medical director at Clinics for Abortion & Reproduction Excellence, has experienced some of the worst violence.

Carhart has long been a target of anti-abortionists, because he is one of the few physicians who performs abortions in the later stages of pregnancy. In 1991, 17 fires were set at his property in Omaha, Nebraska, apparently by anti-abortion activists.

The fire destroyed his home, three farm buildings and killed 21 horses, a dog and a cat.

“You just feel a total loss of control,” he said. “It showed how vulnerable I was.”

Years later, he worked with Tiller, who was also targeted by anti-abortionists because he performed abortions in the later stages of pregnancy.

“They murdered my best friend in church,” Carhart said.