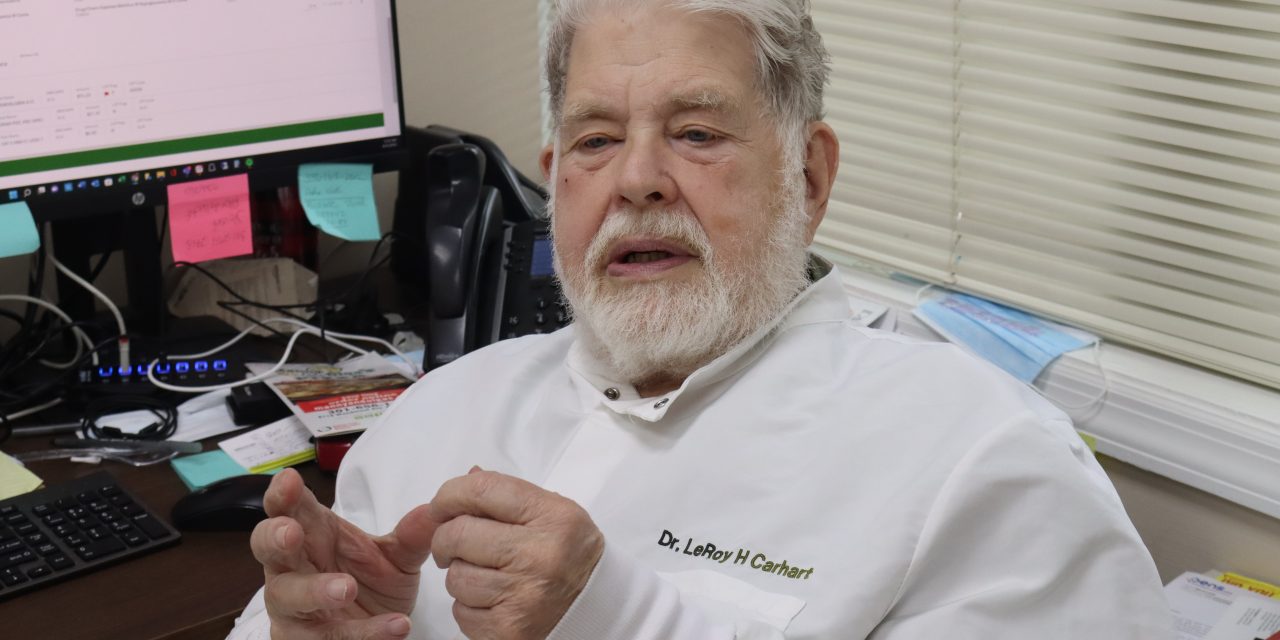 Dr. LeRoy Carhart, the medical director for CARE, is working six days a week instead of his normal four because of the increase of out-of-state patients. (Abby Zimmardi/)Capital News Service}

MARYLAND ABORTION PROVIDERS BECOME HAVEN FOR OUT-OF-STATE CLIENTS: Off Old Georgetown Road in Bethesda, just south of Interstate 270 and not far from where abortion opponents are known to stand in the median and protest, is one of few abortion clinics in the U.S. that offers abortions in the latter stages of pregnancy, and has seen a spike in patients. Abortion providers in Maryland report they are seeing the impact of the reversal of Roe v. Wade as increasing numbers of out-of-state patients and even staff members from closed healthcare facilities make their way to their doors. Abby Zimmardi/Capital News Service in Maryland Reporter

COX PIVOTING MESSAGING AS MORE IN THE MIDDLE: Republican gubernatorial candidate Dan Cox cast himself on Wednesday as a candidate with a “middle-temperament approach,” willing to work across the aisle to improve the lives of families and children. It’s a pivot away from his hard-line stances on abortion, his ties to former president Donald Trump and his denial of the 2020 presidential election results. Ovetta Wiggins/Washington Post

VASTLY DIFFERENT IDEAS FOR SCHOOLS PROPOSED IN GOVERNOR’S RACE: The two nominees for governor are competing with vastly different education platforms in a state that’s home to more than 882,000 public school students. Here’s a look at their education ideas and comments. Lillian Reed/Baltimore Sun

FOSTER CHILDREN LIVING IN OFFICE BUILDING, HOTELS: Foster children are living in hotels around the state and spending nights at a commercial office building in downtown Baltimore when no other options are available, a failure of the state agency overseeing local social services departments, according to those who represent and care for the kids. Hallie Miller and Liz Bowie/Baltimore Banner

AMTRAK RESUMES SERVICE AFTER DEAL REACHED TO STOP RAIL STRIKE: Passenger rail systems in the Washington region and across the country dodged a crisis Thursday as the White House announced a tentative agreement to avert a rail strike that had threatened to disrupt travel nationwide. Luz Lazo, Ian Duncan and Natalie Compton/The Washington Post

CUMMINGS PORTRAIT UNVEILED IN MOVING CEREMONY: A portrait by Baltimore artist Jerrell Gibbs of the late U.S. Rep. Elijah Cummings now hangs in the Washington D.C. room of the committee he chaired, the U.S. House Government Oversight and Reform Committee. “We remember a giant. A giant in American history. A giant not [only] for the Democrats or Republicans, but a giant for our country. A giant for our children,” said House Speaker Nancy Pelosi. William Ford/Maryland Matters